Ethereum’s price has been struggling to garner any decisive momentum throughout the past several days and weeks, mainly hovering around $350 as it closely tracks Bitcoin.

It has been able to move slightly higher today, thanks to Bitcoin’s push past $10,700. Because of the tight correlation it has formed with BTC, the benchmark cryptocurrency will likely determine its near-term outlook.

One analyst is now noting that this is a crucial week for Ethereum, as it must reclaim $360 or risk seeing serious losses.

He does note that there are some low time frame signs that a push higher is imminent, but overall its current outlook remains “neutral” until this level is surmounted.

At the time of writing, Ethereum is trading up marginally at its current price of $353. This marks a notable upswing from daily lows of $348 that were set just a few hours ago.

It is important to note that this slight move higher is only coming about as a result of Bitcoin’s tempered strength, which comes as the stock market opens higher on news of President Trump’s uneventful recovery from his recent infection.

Bitcoin will likely continue guiding Ethereum in the days and weeks ahead.

While speaking about where he expects Ethereum to trend next, one analyst explained that reclaiming $360 could be all that is needed to spark a serious upswing.

“ETH / USD: Pretty neutral at the moment, very LTF showing some signs of reversal but nothing majorly significant right now, either we reclaim $360 as support or downside continuation. I think this week is going to be a critical week, Q4 momentum should be decided this week imo.” 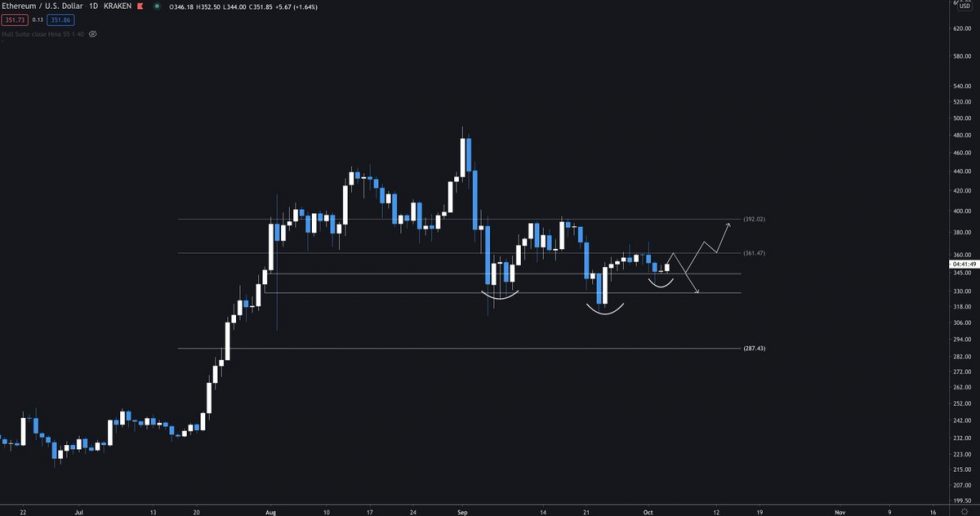 How Ethereum trends in the coming few days could determine its mid-term fate, making it vital that bulls step up and propel it higher.

How to get a lower mortgage interest rate on your home