Home » Bitcoin » Bitcoin: Why it’s hard to know when to sell

Bitcoin: Why it’s hard to know when to sell

When Bitcoin’s price was rallying, most traders were glued to trading platforms or whatever exchange it is that they trade on. The price climbed from $17000, all the way to $19000, and back, did they sell, and if they did, did they time it right? Why is it so hard to tell when it is the right time to sell? Traders who waited for over 3 years since the historic bull run of 2017, had a long trading game. Others who bought the post-halving dip waited for a little over 6 months.

Though there are narratives that dictate the price will go all the way to $50,000 even $100,000; traders base Bitcoin’s price prediction on the previous ATH of $20000 and downhill from there. Bitcoin that was held for over 52 weeks moved at a faster pace, and the HODLer activity increased beyond the price of $19000 based on data from whalemap.io. 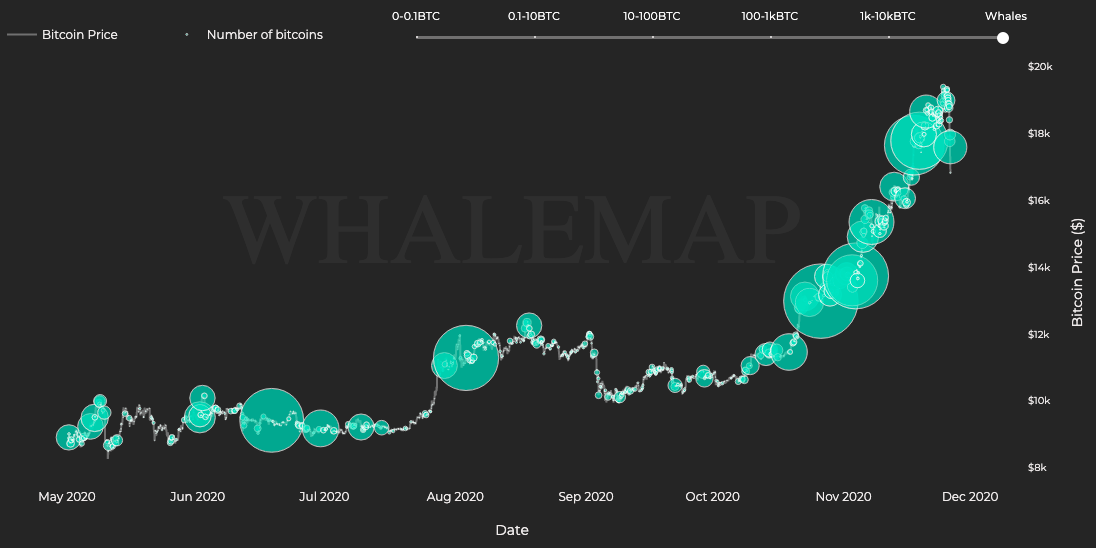 Bitcoin over the price level of $12,000 is unspent and even at the current price level, Bitcoin HODLed in wallets was bought at the price above $12000. The best time to sell is based on how you time it, based on the Map of unspent Bitcoins, however, it depends on what you base your estimate on. And these are some facts to consider before basing your estimate on a price level.

The number in your head about where Bitcoin is going is influenced heavily by the early numbers you see on charts and in the narratives on Crypto Twitter over and over. Simply because the number checks out when you perform TA, this doesn’t mean that it will add up the next day or the next week. The trends or patterns you identify are work in progress and there are few significant anchors to base your predictions on – Supply, Volatility, and 200-day Moving Average.

Besides, on-chain analysts like Willy Woo have predicted a short correction before the rally continues. 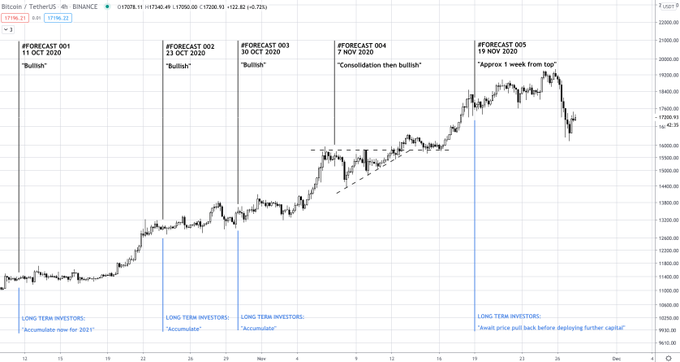 In his latest forecast on Bitcoin’s price, Willy Woo’s chart asked traders to wait before investing further capital since a price pullback is expected. Other metrics charts and indicators that signal that the asset is due for correction base it on the assumption that the previous price was fair and the current one has a premium added to it. However, as an asset that has been around for a decade, there is no real fair value to base your calculations on, as patterns keep emerging and newer highs are hit every few cycles.

A sell-off after hitting the local ATH may be a signal that bears are taking over. A crypto commentator recently highlighted this bearish takeover on Twitter,

“I have learned to love bears. They sell us their Bitcoin. I love the bears from March, April, May, and June just as much as I love the bears in November. The bears create opportunities for multi-generational wealth. We should pay the bears for their services to humanity. Hope you love the bears as you see them coming”

According to King Cobie, selling at this price may be premature, even a show of weak hands. 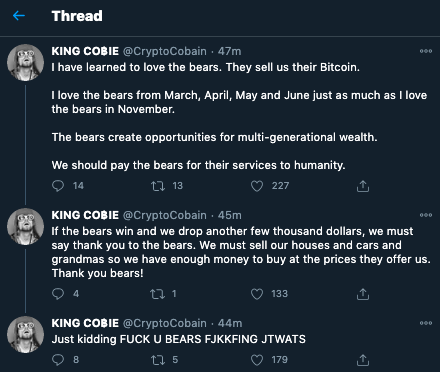 There is no best time to sell, however, there are several opportunities to buy the dip. And if you must sell, do it in a calculated manner. Panic selling is clearly not the best bet for your portfolio.