Home » Bitcoin » Can Bitcoin benefit from a currency feud? The answer isn’t simple, here’s why

Can Bitcoin benefit from a currency feud? The answer isn’t simple, here’s why

Back in 1971, Richard Nixon’s treasury secretary said, “It’s our currency, but it’s your problem,” and four decades later, the dollar’s weakness threatens to incite a large scale currency war that could distract policymakers from their key task of mending the post-pandemic global economy and shift focus to alternative investments. However, in contrast to popular opinion, the US and China may hurt Bitcoin in the long run.

Since its launch, Bitcoin’s purpose was to replace the exchange of cash with technology. However, it hasn’t succeeded in being adopted as a means of payment. In the event of a capital feud, the immediate response involves investments in Bitcoin and Gold, however, this has built the perception that Bitcoin is a store of value or a go-to asset in times of crisis.

On analyzing Bitcoin’s ROI over the past 6 years, patterns have emerged that signal at seasonal cycles. 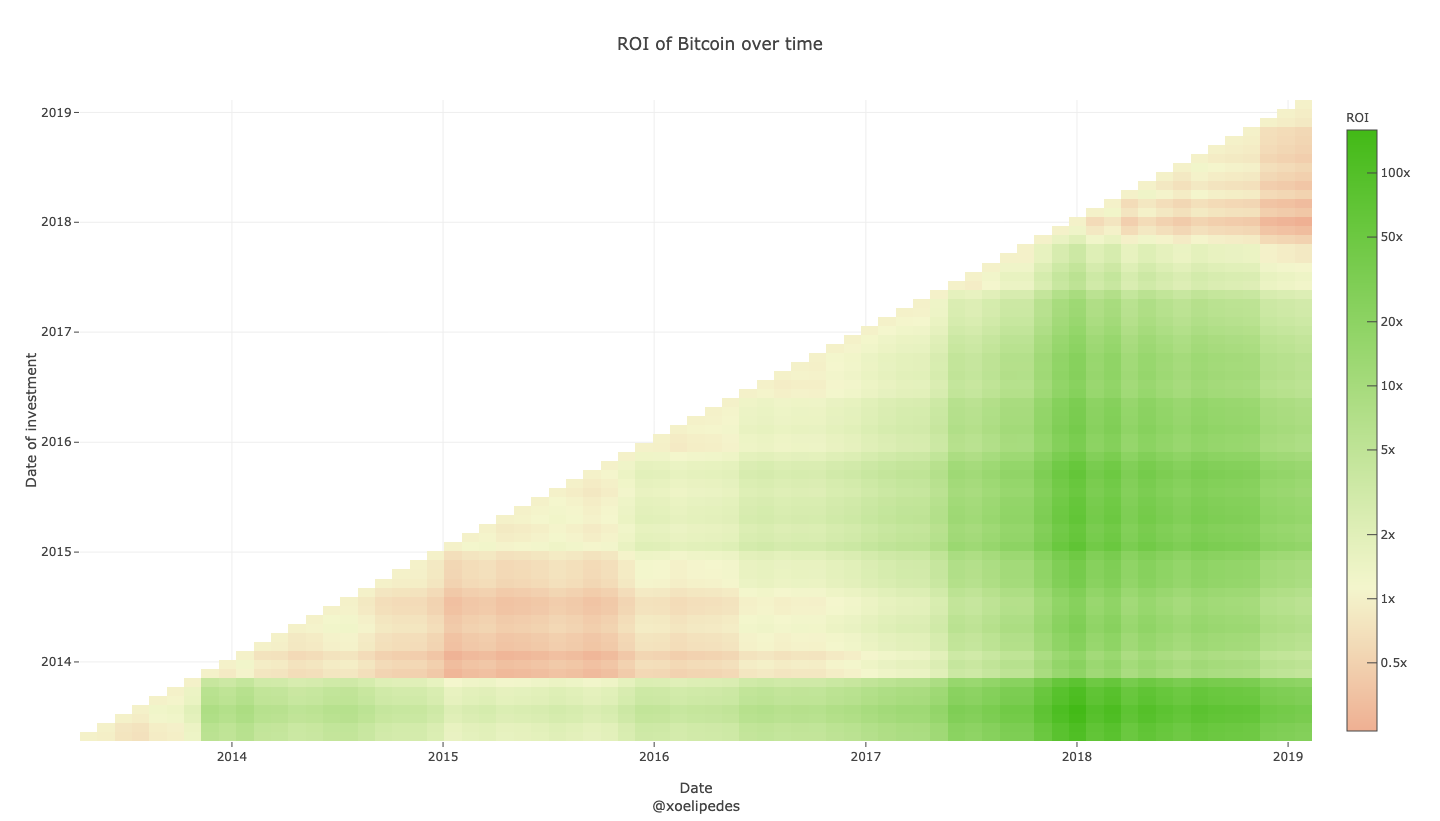 Though a capital feud, as an event of geopolitical importance, may push the ROI up on the scale, it may drop soon enough, as the momentum is not sustained and rather seasonal.

The cyclical nature of ROI further promotes investor behavior to follow existing patterns. Precious metals suffer the same fate, however Bitcoin is different as the increasing dominance, adoption, and institutional interest is supporting the idea of using it as an everyday financial instrument, a currency even.

To explore seasonality further, Bitcoin’s volatility chart for the past decade with 14 day SMA shows that in general the price tends to increase during years like 2017 and 2020 which can be termed as “impulse years”. 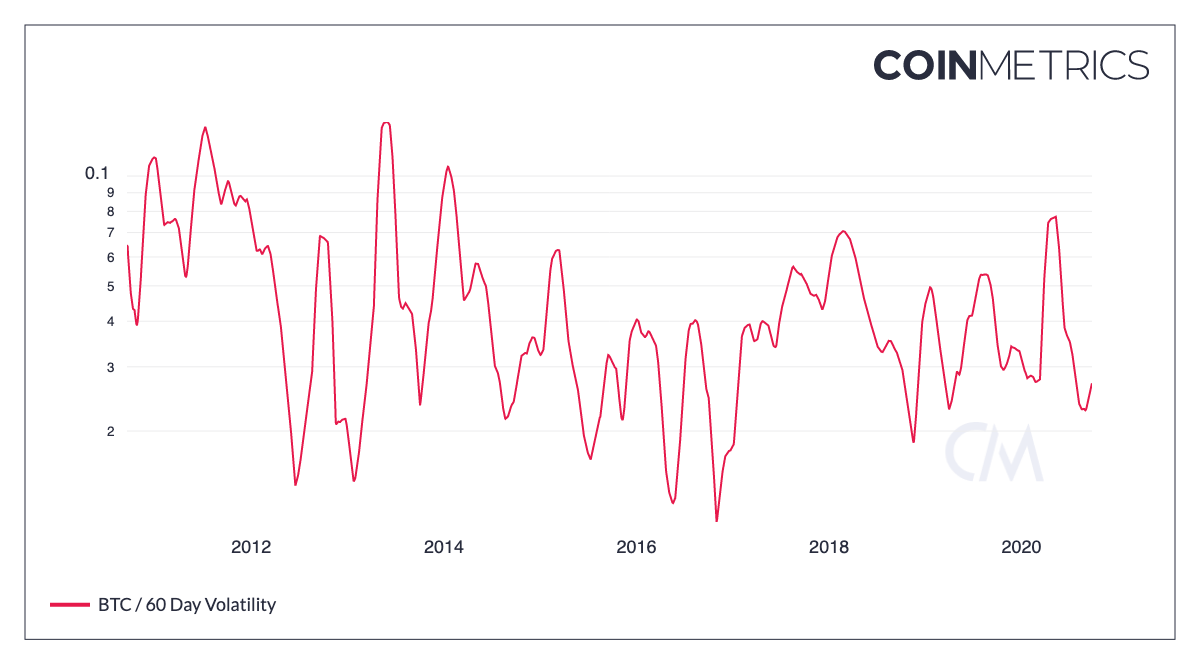 However, there are correction years like 2011, 2013, and 2018 that show variants of correction and impulse control. On the basis of Bitcoin’s ROI and Volatility charts, the dominant pattern is different YOY and within a year. For instance, factors like Defi’s explosive growth and Bitcoin derivatives have driven the price in 2020, while post halving there was a cyclical drop. During the impulsive years, the first and second quarters are profitable, the third is where losses are booked. 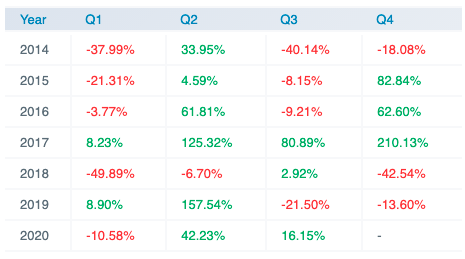 These quarterly returns do not rely entirely on correlation with currency, however, this plays out every market cycle. No two quarters or years are alike, despite the geopolitical situation in the backdrop, in the past 6 years. So if a currency feud boosts Bitcoin price in the short run, it doesn’t assure sustained growth, it may hurt Bitcoin’s market capitalization in the long run.