With the internet becoming a modern-day necessity, to the extent that it is now being called a basic human right, there’s a growing push to free it from the oversight of regulatory authorities, from the clutches of a few large corporations, and from the unethical practice of monitoring, recording, selling and misusing users’ personal data. (See also, World’s Top 10 Internet Companies.)

These challenges have opened the doors for a new concept – a decentralized version of the internet which is based and operated on the open-source blockchain network. This article looks at the potential offerings in that space, and the hurdles it may face before becoming a mainstream reality.

The internet is constantly under surveillance and regulation, and is fully or partially controlled by the government, a central authority, or a few big corporate players. The idea of a blockchain-based internet can address this problem by allowing a decentralized, self-governing community.

The core principle of a decentralized internet is that the members of a community will own and operate the means for making the internet and accessible to the entire community. This aims to take away control from the hands of select government or corporate authorities, and supports the concept of net neutrality. (See also: What You Should Know About Net Neutrality.)

This form of the internet will also ensure data security. Today, to share an image with a group of friends, one needs to upload it on Facebook or Twitter, for example. To text-chat with a family member, one needs to use an app like WhatsApp, which stores everything on its servers. 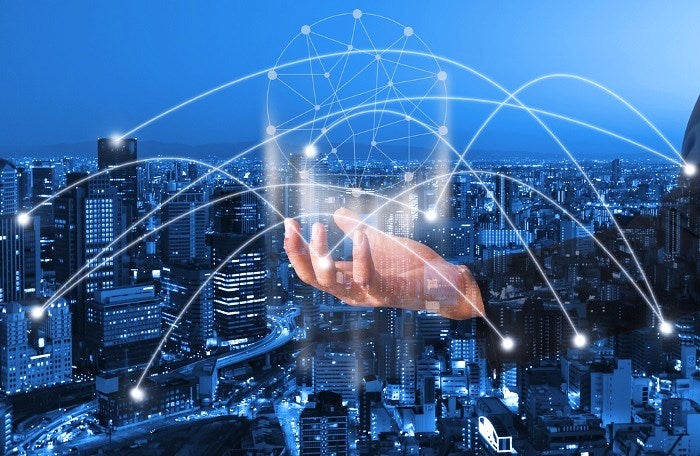 A new offering of a blockchain-based internet, called Blockstack, will allow the user to fully control the data (text, images, videos), and run the apps locally. Imagine not having to upload such data on external sites like Facebook, or on the app servers, like WhatsApp, and yet being able to share it with friends. All apps can be used seamlessly without uploading any personal content.

Another big advantage of the decentralized internet is significant cost reduction.

According to a HuffPost article, during the 25 years from 1992 to 2014, Americans spent a whopping $400 billion for internet services. That amounts to an average cost of $5,000 per household. Essentially, the costs of running and providing the Internet are borne by the common users, while the profits are pocketed by a few large and small corporations. Social costs, private profits!

A decentralized internet attempts to address this problem of high costs. Using the open-source blockchain network, it can reduce costs significantly. (For more, see How Do Internet Companies Profit if They Give Away Their Services for Free?)

Community members will share the costs, and will also have the opportunity to profit from delivering such services.

Though the concept looks feasible and promising, there are a few challenges. The biggest issue with the decentralized blockchain-based internet will be gathering the community on a single platform.

If one blockchain-based internet offering, like Blockstack, attracts a few million users, soon there will be more similar blockchain offerings. A user may then be spoilt for choice, but this competition will also lead to user segregation.

What if my friend is using a Facebook-like site on Blockstack, but I am using a similar site on another blockchain-based internet platform Andrena? Will my friend and I keep switching from one blockchain to another to remain connected, or do we need to maintain multiple accounts at different sites on different platforms? Can many such internet versions remain connected, yet trustless and anonymous?

Second, misuse due to anonymity is a major issue in the blockchain world, which includes using cryptocurrencies for unlawful purposes like selling illegal drugs. How will a decentralized internet control such illicit activities, or prevent someone from anonymously using a messaging app on the network to perpetrate a dangerous hoax?

Third, the blockchain works on the contribution by the participant nodes that keep it agile and functioning. If the monetary rewards are not attractive enough to the contributing community members, the participants will soon move away. Increasing the rewards for such providers may lead to higher prices for the end users. A fine balance will be needed to make the decentralized blockchain-based internet viable.

While the concept of a decentralized blockchain-based internet is gaining traction among some due to its promising features, realistic implementation will require a pragmatic and balanced approach within the whole ecosystem. The concept is still evolving, and it may be a long road to success. (See also, Blockchain-Based ‘Internet Computer’ Gets $61M from Andreessen Horowitz and Polychain.)

Investing in cryptocurrencies and Initial Coin Offerings (“ICOs”) is highly risky and speculative, and this article is not a recommendation by Investopedia or the writer to invest in cryptocurrencies or ICOs. Since each individual’s situation is unique, a qualified professional should always be consulted before making any financial decisions. Investopedia makes no representations or warranties as to the accuracy or timeliness of the information contained herein. As of the date this article was written, the author owns no cryptocurrencies.