Ethereum Falls to a New Low, Bitcoin Breaks Below $8,000

Ethereum’s price has fallen to the lowest level in months, below the recent brief low in February to a new low of around $550 at the time of writing.

While its trading volumes now stand at near $1 billion, led by OKex and the BTC pair, with Bithumb no where in sight. 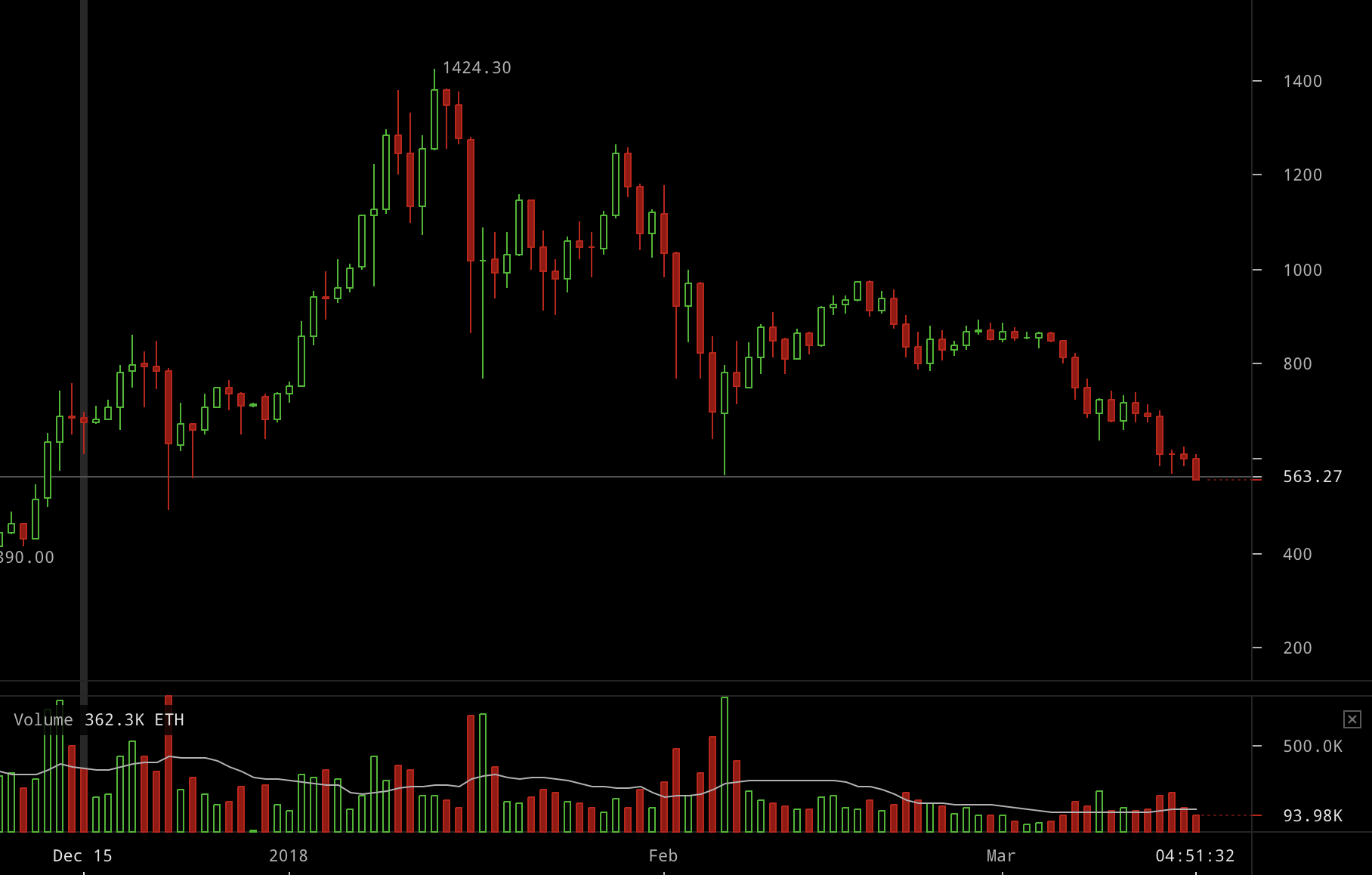 Its trading volumes, however, are down too, to just around 10% of their highs in December now standing at $4 billion. Led by Bitfinex, with OKex’s USDT pair following. 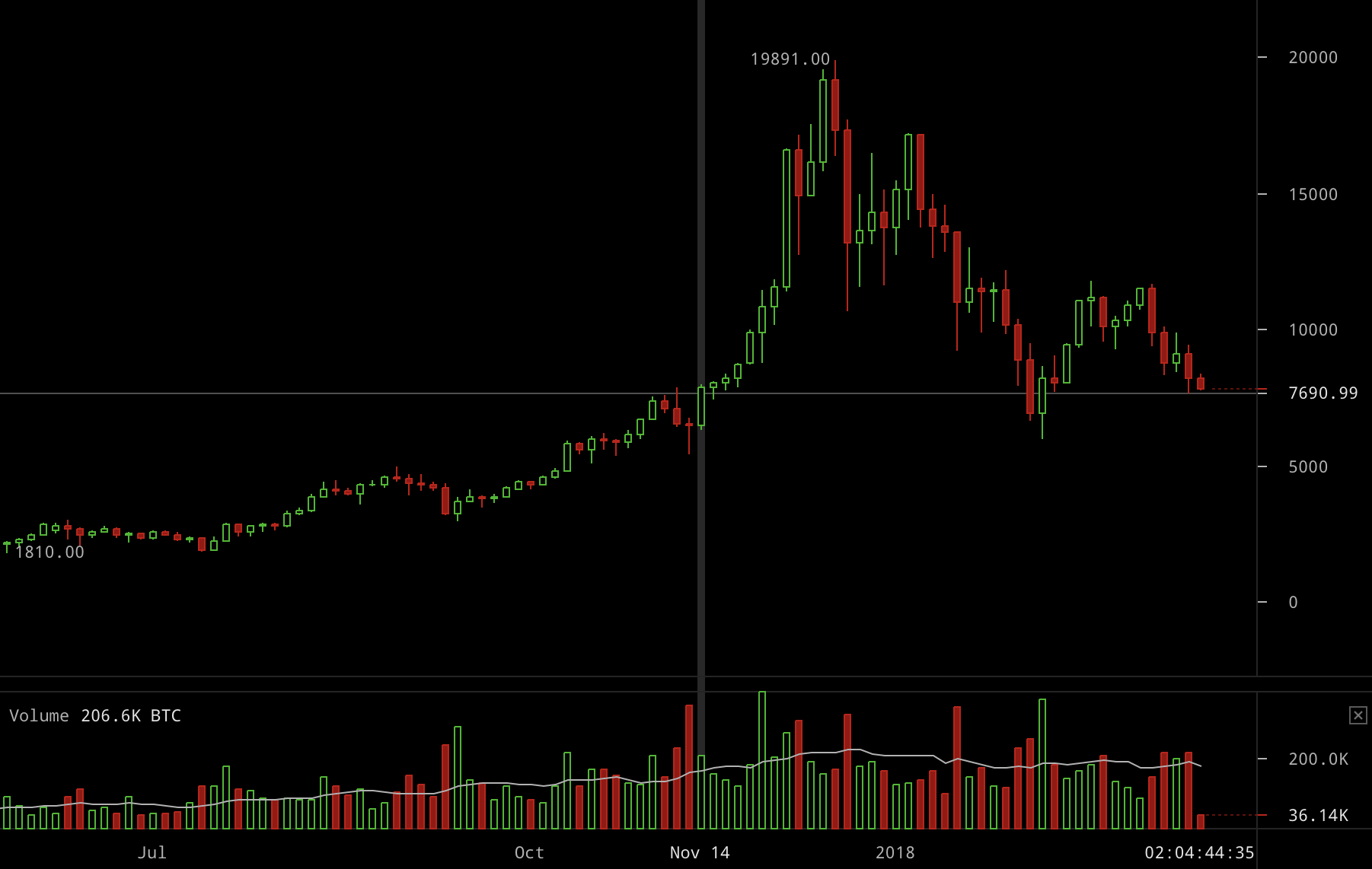 The story repeats across the board. Everything is down around 10%, with some coins or tokens falling another 20%.

Global crypto trading volumes have reached another low at around $10 billion, with a bear market so seemingly continuing.