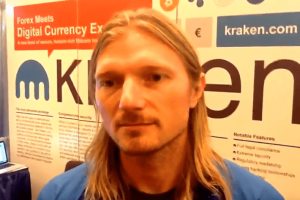 Recently, Kraken Co-Founder and CEO Jesse Powell talked about Bitcoin and the upcoming Coinbase IPO during an interview with Emily Chang on “Bloomberg Technology” (a daily show on Bloomberg TV).

With regard to Bitcoin, Chang reminded Powell that during their last conversation, he had said the price of Bitcoin is going to infinity. This time, Chang wanted to pin him to a specific price that Powell expected to see by the end of this year.

The views and opinions expressed by the author, or the people in any embedded videos, are for informational purposes only, and they do not constitute financial, investment, or other advice. Investing in or trading cryptoassets comes with a risk of financial loss.