Why Did Robinhood Launch Cryptocurrency Trading?

The San Francisco-based company made the announcement in a blog post last week. It also announced a new feature called Robinhood Feed for the app’s users to track cryptocurrency news and discuss their price swings. The feature is available to select users currently, and Robinhood plans to evolve its feed based on comments and feedback from users.

Why Did The Company Make An About-Turn?

In an interview with CNBC last October, the San Francisco-based company’s co-founder, Vlad Tenev, had discounted the possibility of introducing cryptocurrency trading on its platform.

“I wouldn’t say that we’re anticipating a massive shift from stocks to cryptocurrencies,” Tenev said, adding that Robinhood did not anticipate the equities market going away anytime soon.

But he changed his tune three months later. While announcing plans to launch crypto trading services, Tenev told CNBC that cryptocurrencies had become the “first foray into investing and financial services to a large number of people.”

“Now it’s become more and more clear [that bitcoin is an] investing asset,” he said. That decision proved to be a good one after Robinhood Crypto set a record of sorts by garnering a waitlist of 1 million within five days of launch. 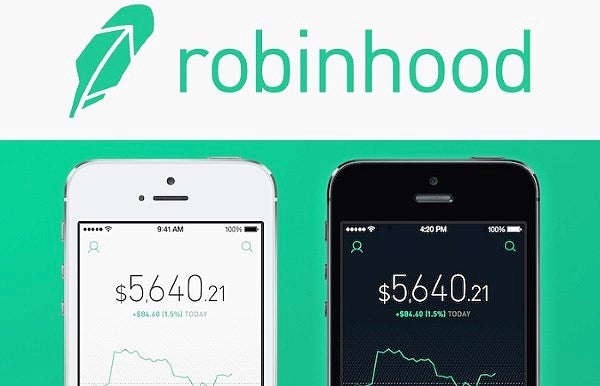 Trading in cryptocurrencies has exploded since the beginning of 2017. Coin markets have witnessed a surge of new investors. Coinbase, by far the most popular venue for cryptocurrency trading in North America, boasts more users than Charles Schwab. (See also: Coinbase Revenue Topped $1 Billion: Recode.) The exchange also reported adding 100,000 new users over the Thanksgiving weekend and is said to have generated $1 billion in profits in 2017.

But Robinhood’s foray into cryptocurrencies is motivated by customer acquisition rather than profits. “We view this as an opportunity to expand our customer base and give our customers more access to functionality,” said Tenev.

He said the company is focused on breaking even from the business. Robinhood already has four million investors, and new customers attracted to lure of quick profits promised by cryptocurrency traders might diversify into equity trading later. The company was valued at $1.3 billion in private markets during its last funding round in 2017.

Initial trading volumes on Robinhood’s platforms are not expected to be large, since it is being rolled out in five states only. Compare that to Coinbase, which offers similar services domestically as well as internationally.

The biggest area in which Robinhood’s entry is expected to make a difference is trading fees. Similar to its stock trading platform, Robinhood plans to offer zero-commission trading services for cryptocurrency trading. In recent times, cryptocurrency exchanges have come under fire from users for charging high withdrawal and transaction fees. (See also: How Does Robinhood Make Money?)

Robinhood may also simplify the interface and systems for trading cryptocurrencies. Even as its volumes have skyrocketed, cryptocurrency trading is plagued by inefficiency and complexity.

Robinhood has simplified stock trading for millennials and newcomers to equity markets. If it brings a similar user-centric approach to crypto trading, then other exchanges will be forced to follow suit to avoid customer defection.

Investing in cryptocurrencies and other Initial Coin Offerings (“ICOs”) is highly risky and speculative, and this article is not a recommendation by Investopedia or the writer to invest in cryptocurrencies or other ICOs. Since each individual’s situation is unique, a qualified professional should always be consulted before making any financial decisions. Investopedia makes no representations or warranties as to the accuracy or timeliness of the information contained herein. As of the date this article was written, the author owns small amounts of bitcoin.