Why crypto-Twitter is anticipating a big move from Bitcoin

Within weeks of MicroStrategy announcing its $500 million investment in Bitcoin, Square’s $50 million investment in the asset stole all the headlines. These developments have been big news for many in the community, with crypto-Twitter seeing more rocket gifs than ever before. What does this mean? Does this mean that the entry of smart money is lowering the barrier for retail investment? Does this mean that profit booking opportunities have multiplied? And finally, will a Bitcoin ETF finally get a regulatory nod? 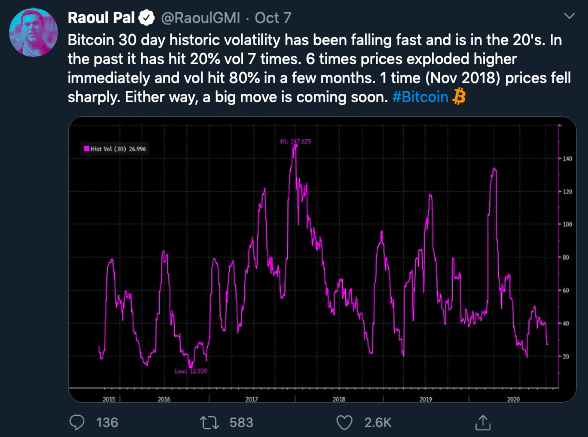 CEO and Founder of Global Macro Investor and Real Vision Group, Raoul Pal, recently shared a tweet about Bitcoin’s drop in volatility, a tweet wherein he suggested that there was a correlation between volatility and volume. A big move is coming soon, he added.

While on-chain analysts are expecting a massive impact on the cryptocurrency’s price, there may be another side to the latest developments in the ecosystem. The entry of smart money and rising Open Interest on derivatives exchange CME suggest that it may be time for a Bitcoin ETF to finally get the nod from regulators.

This would be a HUGE deal, especially since all proposals for Bitcoin ETFs since 2017 have been turned down. More often than not, the reasons cited for the said rejections have been that Bitcoin is traded on largely unregulated exchanges, leaving it susceptible to fraud and manipulation.

However, in 2020, this has changed. Liquidity has increased 3x, or approximately $20 billion YTD for the entire cryptocurrency market. The increase in liquidity is not reflected in Bitcoin’s price yet, however, smart money is still pouring in. 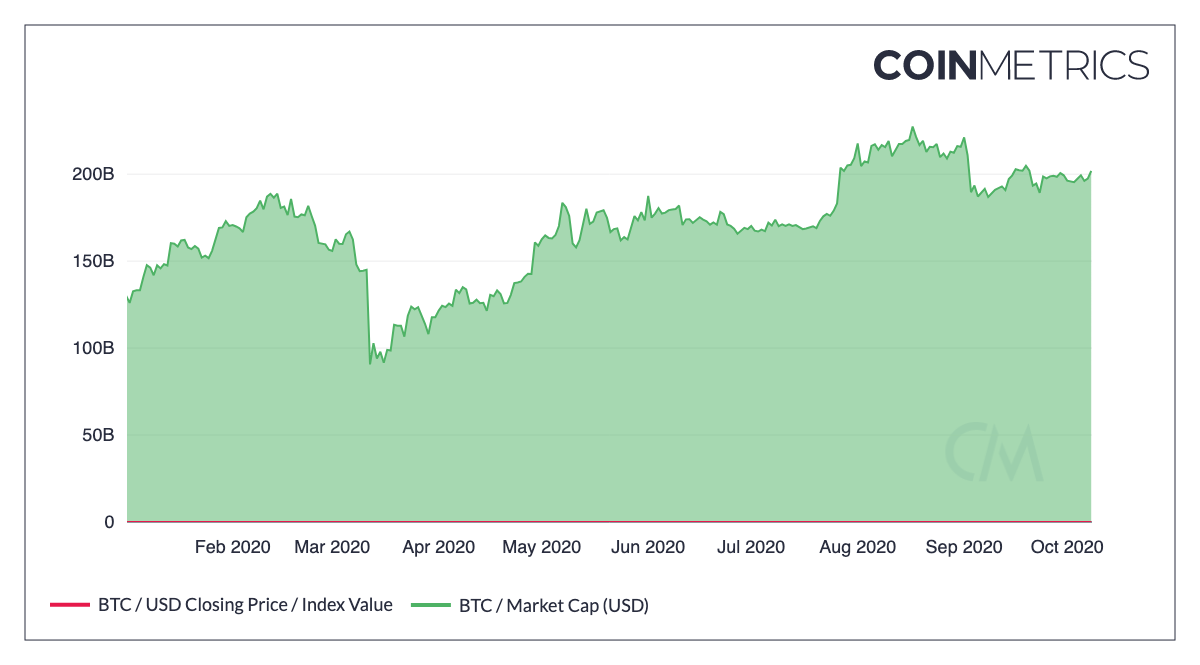 That’s not all as Bitcoin’s market capitalization has crossed $200 Billion, based on data from Coinmetrics, and this is poised to grow even more as smart money continues to pour in. Further, Bitcoin inflows to exchanges have increased 2x since BitMEX was hit with charges by the CFTC.

Based on data from Whalemap, this has been the pattern of spends for the past three weeks and it can be derived that speculation is not the sole factor determining price movement in the Bitcoin market. This differentiates the present-day scenario from the historic bull run of 2017. 83% of Bitcoin HODLers have unrealized profits upwards of 100% and they haven’t exactly booked unrealized profits yet. In anticipation of a big move, HODLers are persevering through profit booking opportunities.

Apart from liquidity, the entry of smart money is an important driver of the big move. It signals that the regulatory environment may be conducive as U.S Pension funds like Fairfax County’s Virginia Police Officer’s Retirement System are getting exposure to Bitcoin through a $50 million investment in a firm like Morgan Creek. The involvement of a U.S Pension Fund with Morgan Creek can also be interpreted as a bullish sign.

The environment, today, is more conducive than ever for getting an approval on a Bitcoin ETF proposal. If the SEC gives this a nod, we may see the next ATH, just as crypto-Twitter anticipated.