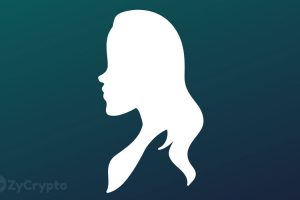 The first female Director-General of the World Trade Center, Ngozi Okonjo-Iweala, recently shed bright light on some brilliant ways blockchain technology could bring about financial breakthroughs for women. Speaking at the mid-year meeting of the G20 independent panel set up to finance and oversee pandemic preparedness and response across the globe, the former Nigerian Minister of Finance hailed the advent and adoption of blockchain technology as a pathway to empower financially disadvantaged women around the world.

Vibrant and active, the former World Bank Executive who co-chaired the gathering, assuredly responded to the question of how blockchain technology could promote financial inclusion for women especially during and after the pandemic period – as raised by Cointelegraph’s Editor-in-chief, Kristina Corner,

Madam Ngozi was quoted as saying:

“Of course, blockchain is something that brings more transparency in the way tht business is done and removes intermediaries”….”I think that particularly in the finance area, the ability to introduce this into transactions, I think could be particularly beneficial to women who are often excluded from access to finance. I think this is a good thing, something we should look into.”

Response from the DG came on the backdrop of the WTO’s declared commitment to empower women to own factors of production and create wealth, especially in countries where they face a growing marginalization and inability to easily access credit facilities from traditional financial institutions.

It is unclear what form such intervention may take, if the WTO would consider backing an already established system built on blockchains, or come up with its own as a springboard for women all over the world to help make credit facilities cheaper, faster, and more accessible.

Within the crypto and blockchain ecosystem, women are also overwhelmingly underrepresented.

The biggest impediment to financial freedom for women has come from a select few countries across the world that have stringent social and religious laws seeping into its national constitution. Blockchain technology and the number of opportunities currently being built on it features a key decentralization figure that does not discriminate on the basis of gender but provides equal opportunity for growth and gain on investment.

Future on-chain statistics may help point to the ways women are beginning to grasp the underlying industry rudiments when it comes to embracing and utilizing blockchain technology. It would be interesting, in the future, to see how women blaze the trail and build along with the ranks to the peak of financial successes like the 11 newly-minted billionaires on Forbes of 2021