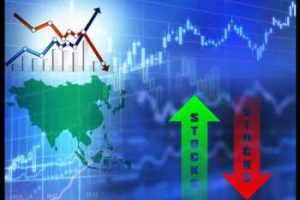 Asian stock markets are showing a lack of direction and are trading mixed on Friday, following the broadly positive cues overnight from Wall Street, as traders remain cautiously optimistic ahead of the release of the U.S. Labor Department’s more closely watched monthly jobs report later in the day for clues about the Fed’s timelines for asset tapering and interest rate hikes. Asian markets ended mixed on Thursday.

U.S. Fed Chair Jerome Powell said last week that the central bank is likely to start scaling back bond purchases this year depending upon the improvement in the labor market.

Traders also continue to be anxious amid the rapid spread of the delta variant of the coronavirus in the region and in several countries, particularly in Japan and the U.S., which continues to stifle economic activity.

The Australian stock market is modestly higher on Friday, recouping the losses in the previous two sessions, with the benchmark S&P/ASX 200 breaking above the 7,500 level, following the broadly positive cues overnight from Wall Street, boosted by materials and energy stocks, even as the country struggles to contain the domestic coronavirus situation, primarily in New South Wales and Victoria, hindering economic activity amid lockdowns.

NSW has reported a record 1,438 new local cases of COVID-19 and twelve deaths on Thursday. Victoria recorded 208 new locally acquired cases and one death, with active cases now totalling 1,180 across the state.

Among major miners, BHP Group is adding more than 1 percent and Mineral Resources is gaining almost 4 percent, while Rio Tinto and OZ Minerals are up more than 2 percent each. Fortescue Metals is flat.

Oil stocks are higher. Oil Search and Beach energy are gaining more than 1 percent each, while Woodside Petroleum is adding almost 2 percent. Origin Energy is rising almost 1 percent and Santos is up more than 2 percent.

Among tech stocks, Xero is losing almost 1 percent and Afterpay is down 2.5 percent, while WiseTech Global and Appen are edging down 0.3 percent each.

Gold miners are weak. Newcrest Mining, Evolution Mining and Northern Star Resources are edging down 0.3 percent each, while Resolute Mining is flat. Gold Road Resources is down 0.2 percent.

In economic news, the services sector in Australia continued to contract in August, and at a faster pace, the latest survey from Markit Economics revealed on Friday with a services PMI score of 42.9. That’s down from 44.2 in July and it moves further beneath the boom-or-bust line of 50 that separates expansion from contraction. The survey also showed that its composite index fell to 43.3 in August from 45.2 in July.

The total value of retail sales in Australia was down a seasonally adjusted 2.7 percent on month in July, the Australian Bureau of Statistics said on Friday, coming in at A$29.778 billion. That was in line with expectations following the 1.8 percent decline in June. Total online sales were A$3.724 billion in July, in seasonally adjusted terms. This was the highest level of monthly online sales in the history of this series. On a yearly basis, retail sales fell 3.1 percent.

In the currency market, the Aussie dollar is trading at $0.740 on Friday.

The Japanese stock market is trading notably higher on Friday, extending the gains in the previous four sessions, with the benchmark Nikkei 225 moving just below the 28,800 level, following the broadly positive cues overnight from Wall Street. Traders are also upbeat on reports that the government is considering eased restrictions for vaccinated people soon. Meanwhile, Japan confirmed the first cases of mutated variants of coronavirus.

Market heavyweight SoftBank Group is flat and Uniqlo operator Fast Retailing is down more than 1 percent. Among automakers, Honda and Toyota are edging up 0.3 percent each.

In the tech space, Advantest and Screen Holdings are gaining almost 1 percent each, while Tokyo Electron is adding more than 1 percent. In the banking sector, Mitsubishi UFJ Financial, Sumitomo Mitsui Financial and Mizuho Financial are edging up 0.3 percent each.

Among major exporters, Mitsubishi Electric is gaining more than 1 percent each, while Panasonic, Sony and Canon are edging up 0.4 percent each.

Among the other major gainers, Tokai Carbon is gaining more than 6 percent, while JFE Holdings and Daiichi Sankyo are adding almost 4 percent each. Nippon Steel, Kobe Steel, Hitachi and IHI are up more than 3 percent each. Shin-Etsu Chemical and Mitsui Mining & Smelting are rising almost 3 percent each.

In economic news, the services sector in Japan continued to contract in August, and at a faster pace, the latest survey from Jibun Bank showed on Friday with a PMI score of 42.9. That’s down from 47.4 in July, and it moves further beneath the boom-or-bust line of 50 that separates expansion from contraction. The survey also showed that the composite index fell to 45.5 in August from 48.8 in July.

In the currency market, the U.S. dollar is trading in 110 yen-range on Friday.

Elsewhere in Asia, Hong Kong, Singapore, China, Indonesia, are lower by between 0.1 and 0.3 percent each. Taiwan is gaining 1.2 percent and South Korea is adding 0.8 percent, while New Zealand and Malaysia are up 0.1 percent each.

On Wall Street, stocks gave back ground in afternoon trading on Thursday after seeing early strength, but still managed to end the session modestly higher. With the uptick on the day, the Nasdaq and the S&P 500 finished the day at new record closing highs.

The major European markets also moved modestly higher on the day. While the U.K.’s FTSE 100 Index climbed by 0.3 percent, the German DAX Index and the French CAC 40 Index both inched up by 0.1 percent.

Crude oil prices rose sharply Thursday to a one-month closing high amid optimism about a strong global economic recovery and increased demand for oil. West Texas Intermediate Crude oil futures for October ended up $1.40 or 2 percent at $69.99 a barrel, the highest settlement since August 3.