Home » Business » CERN, the famous scientific lab where the web was created, is so unhappy with Microsoft's 10x price hikes that it's ditching all Microsoft software

CERN, the famous scientific lab where the web was created, is so unhappy with Microsoft's 10x price hikes that it's ditching all Microsoft software

But a year ago, Microsoft started hinting that CERN would not longer qualify for the discounts and in March, 2019, a new software contract took effect that increased the organization’s costs by 10-fold, IT pro Emmanuel Ormanceywrote in a blog post published Wednesday.

So CERN is, very publicly, taking on a project to kick Microsoft out of its organization and find lower-cost alternatives, particularly open source ones. While Ormancey wrote that this project is intended to also kick out other commercial software vendors who may also wake up one day and decide to ratchet up prices, CERN isn’t really pretending to target the whole software industry. It’s literally calling this project the Microsoft Alternatives project, or (MAlt). 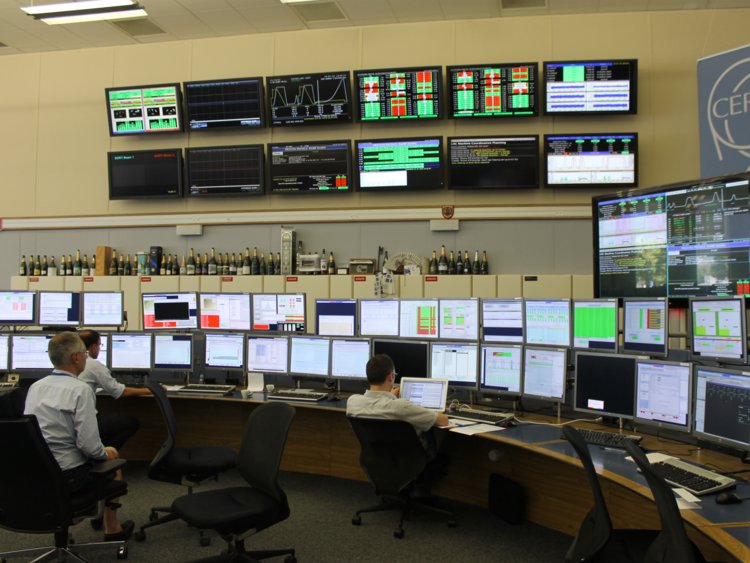 The CERN control center uses a lot of computers and none of them will run Windows anymore once the IT department finishes “Project MALt.”Business Insider / Pamela EngelIn explaining the what and why of it, Ormancey practically accused Microsoft of price gouging. “The Microsoft Alternatives project (MAlt) started a year ago to mitigate anticipated software license fee increases,” he wrote.

Read:Amazon, Apple and Google dominate some surprising markets, researcher finds, giving the government a lot of fodder for investigations

“CERN has enjoyed special conditions for the use of Microsoft products for the last 20 years, by virtue of its status as an ‘academic institution’. However, recently, the company has decided to revoke CERN’s academic status, a measure that took effect at the end of the previous contract in March 2019, replaced by a new contract based on user numbers, increasing the license costs by more than a factor of ten,” he continued.

“Such costs are not sustainable. Anticipating this situation, the IT department created the Microsoft Alternatives project,” he wrote.

Based in Switzerland, CERN is one of the world’s foremost research organization in the field of nuclear physics. The lab operates the Large Hadron Collider, the world’s largest and most powerful particle accelerator. CERN is also where the World Wide Web was created, giving it special cachet in the tech world.

CERN employs around 2,500 people, which is a sizeable enterprise. But it collaborates with more than 12,200 other organizations across 70 countries. Ormancy explained that to let everyone collaborate it would need to pay for many more users than just its own employees, and costs for Microsoft software become “huge.”

More importantly, CERN expects to share what it does with other research organization who are also unhappy with Microsoft’s prices.

CERN didn’t publicly say exactly what Microsoft products it uses now (although we’ve reached out and asked). But CERN uses Windows andOffice 365 and CERN users were also previously allowed to use their workWindows and Office 365 licenses on their home computers used for work, too. And CERN alsogenerates loads of data that they store in Microsoft’s cloud, Azure.

Read:Jeff Bezos explains why he prefers people who ‘are right a lot’ and how anyone can learn to be right a lot, too

Microsoft isn’t the only classic software vendor that ticks its enterprise customers off over pricing. There’s an entire field of consultants dedicated to helping enterprises negotiate pricing with software firms like Microsoft, Oracle, IBM and SAP, called software asset management.

But CERN isn’t going down that path if it can help it.

“MAlt’s objective is to put us back in control,” Ormancey wrote.

Neither Microsoft nor CERN immediately responded to a request for comment.