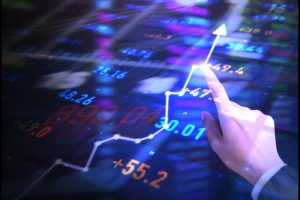 European stocks are seen opening a tad higher on Wednesday after suffering steep losses in the previous session.

Asian markets fell across the board amid concerns around higher U.S. bond yields, the debt-ceiling impasse in Washington, China Evergrande’s debt crisis and a power crunch in the country.

The dollar traded near its strongest levels of the year, while oil extended declines for a second day on data showing a surprise build in U.S. crude oil supplies.

A report on U.S. pending home sales along with more remarks by central bank chiefs, including the Bank of England’s Andrew Bailey, the Bank of Japan’s Haruhiko Kuroda, the European Central Bank (ECB)’s Christine Lagarde, and Powell may attract attention later in the day.

Economic confidence data from euro area and mortgage approvals figures from the U.K. are due later in the session, headlining a light day for the European economic news.

The Dow lost 1.6 percent, while the S&P 500 slumped 2 percent and the tech-heavy Nasdaq Composite plunged 2.8 percent to log their sharpest pullback since May.