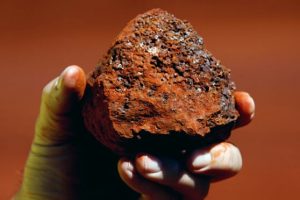 The global economy could be on the brink of a new commodity “supercycle” as governments prepare to use a green industrial revolution to kickstart growth following the coronavirus pandemic.

The price of commodities, such as energy and metals, have reached record highs in recent weeks despite the ongoing spread of Covid-19 and are expected to climb further as countries embark on plans for a green economic recovery.

Market experts, including US bank Goldman Sachs, believe the boom could echo the last “supercycle” in the early 2000s led by the sharp growth of emerging BRIC economies (Brazil, Russia, India and China).

“Covid is already ushering in a new era of policies aimed at social need instead of financial stability,” the US bank said. “This will likely create cyclically stronger, more commodity-intensive economic growth.”

Chris Midgeley, the head of analytics at S&P Global Platts, said “an unusual confluence” of global events had ignited a surge in commodity markets in recent months, but the trend was largely driven by growth in China.

Iron ore prices climbed to $176.90 a tonne shortly before Christmas, the highest since May 2011, and the market price for copper topped $8,000 a tonne for the first time in more than seven years. Global oil prices have climbed to 11-month highs of $55 a barrel with help from the Opec oil cartel.

“Construction sites are some of the few areas of the economy that have remained open, and in places like China the government has been trying to stimulate that part of the economy,” Midgeley said.

The fiscal stimulus plans outlined by countries – including the UK and the the incoming Biden administration in the US – are likely to increase demand for metals and energy to build green infrastructure.

Are soaring markets and house prices an ‘epic bubble’ about to pop? | Larry Elliott

“Things like copper, nickel and cobalt, are all likely to see a boost from the extra demand to build infrastructure. Even steel and petrochemicals will be needed,” said Midgeley.

A weaker US dollar, the currency used to trade most commodities, could allow prices to climb higher as demand grows.

Mark Lewis, BNP Paribas’ global head of sustainability research, said: “I’ve been in financial markets for 30 years now and I have never seen anything like it. It feels like any market you look at, investors want to buy.”

The next three decades are “likely to bring a supercycle in investments in clean energy infrastructure, clean transportation and everything else that is required to make the green transition possible,” he said.

Higher fossil fuel market prices could increase the appetite for low-cost renewable energy which will be even cheaper by comparison as fossil fuel prices rise, Lewis added.

Low-carbon energy will be even more economically attractive to major energy users in Europe thanks to record high prices for carbon permits on the EU’s emissions trading scheme, which reached €34.25 per tonne of CO2 for the first time last week.

However, higher fossil fuel prices could also tempt major oil and gas companies to invest in lucrative new projects by inflating the profits of existing oil and gas portfolios in “one last party” for fossil fuels, he warned.

“This is the dilemma for these companies. Any company will be interested in maximising returns from their existing [fossil fuel] portfolio. But we will be watching very closely for whether they start investing in major new projects. It will be a very interesting test of their commitment.”