Home » Business » Is Covid to blame for business closures or is it helping new startups? The answer is both

Yelp, the popular online review site, revealed that approximately 163,000 of the businesses – mostly restaurants – that listed on their site had disappeared and that, through July, almost 98,000 businesses won’t return. Around that same time a new report issued by the National Restaurant Association warned that more than 100,000 restaurants have permanently closed this year and unless action was taken, more will also fail.

The culprit of all this? Covid-19, of course. But is Covid really to blame? Yes. And no. Let’s dig a little deeper into the numbers.

The fact is that restaurants don’t have a great track record for success. Margins are thin, competition is tough and consumers can be fickle. Which is why, according to industry reports, 60% of restaurants don’t make it past their first year and 80% go out of business within five years. There are about 660,000 restaurants operating in this country. So if 80% of them go out of business in five years that would be a rate of about 105,000 restaurants shutting their doors every year. So the 100,000 going bust through July could result in an annualized number of 171,000 this year. That’s more than usual, of course. How does this jive with the Yelp data? I don’t know. Yelp isn’t providing data from years past so I can’t benchmark.

Let’s look at small businesses overall. According to the Small Business Administration, there are about 30.2m small businesses in the US of which 5.9m actually have employees. The SBA reports that anywhere from 7% to 9% of those 5.9m employer firms actually go out of business every year. Breaking it down, that comes to as much as 531,000 failed firms annually. In other words, lots of small businesses close every year, regardless of global pandemics.

Common sense and your eyesight will tell you that many small firms – particularly restaurants, retailers, fitness centers and travel companies – are seriously hurting. But then again many restaurants I see in my city – Philadelphia – have been doing a brisk takeout business. Their outdoor tables are filled to capacity. They’re now serving some diners inside and they’re all setting up those powerful heaters to keep patrons dining al fresco through the colder months.

And there’s some interesting good news too. 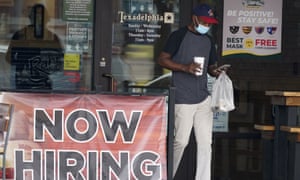 As of mid-September, applications to start new businesses across the country are up 19% compared to last year and applications from businesses likely to hire employees are up about 12% nationwide in that time frame, according to the US Census Bureau. So for all the new businesses failing, many others are starting. Not only that but a report from researchers at Harvard, Stanford, the University of Chicago, and the University of British Columbia concluded that more than 52% of the country’s startups have been positively – yes positively – impacted by the pandemic. Oh, and Bloomberg is reporting that the total number of actual business bankruptcies is down this year. Down!

Everyone has their narrative about the plight of small business because it’s a political issue. The right wants to make it out that small businesses are suffering and state governments need to relax the shutdowns. The left says that not only small businesses, but their employees, are feeling pain and therefore significant stimulus is still needed. Both sides agree on some form of a more targeted round of the Paycheck Protection Program. Everyone’s right. Everyone’s wrong.

The fact is that no one really knows for sure about the effects Covid has had on small businesses … yet. We won’t know until this whole thing is over and researchers can comb through the data and that’s going to take a few years. I’m sure they’ll find that many businesses did close permanently because of the pandemic. But then again, how many of these businesses would have closed anyway? And how many were previously buoyed by a strong economy until that facade disappeared?

It’s certainly been a lousy year. But the reports of the deaths of so many small businesses may be greatly exaggerated. We’ll see.