Home » Business » 'Kick the can down the road': Why debt issue is far from over

'Kick the can down the road': Why debt issue is far from over 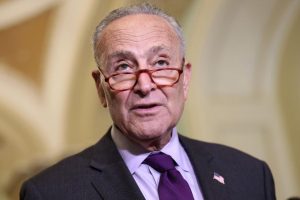 (CNN)The Senate voted 50-48 Thursday evening to extend the nation’s debt limit through early December after Democrats and Republicans reached a deal to avert economic disaster following weeks of partisan deadlock over the issue.

The House will next have to approve the extension before it can be sent to President Joe Biden for his signature. House Majority Leader Steny Hoyer said late Thursday that the House will convene on Tuesday to vote on the bill.
Senate Majority Leader Chuck Schumer announced Thursday morning that a deal had been reached, paving the way for the final vote later in the day. An aide familiar with negotiations told CNN that the deal is to increase the ceiling by $480 billion, which is how much the Treasury Department told Congress it would need to get to December 3.

The announcement came a day after Senate Minority Leader Mitch McConnell publicly floated a debt ceiling proposal, which sparked negotiations between the two parties to reach an agreement.

Both parties have made clear that the country must not default and that even coming close to it would likely bring catastrophic economic consequences.

Yet while the debt limit extension stands to avert immediate economic disaster, it does not resolve the underlying partisan stalemate over the issue. It merely delays the fight until another day.
In addition, Democratic Sen. Joe Manchin and several Republican senators sharply criticized as overly partisan a floor speech Schumer delivered moments after 10 GOP senators joined Democrats in voting to advance the bill.
Republicans have been insistent that Democrats must act alone to address the debt limit through a process known as budget reconciliation. Democrats have argued the issue is a shared bipartisan responsibility and that process is too lengthy and unwieldy and that the risk of miscalculation would be too high. 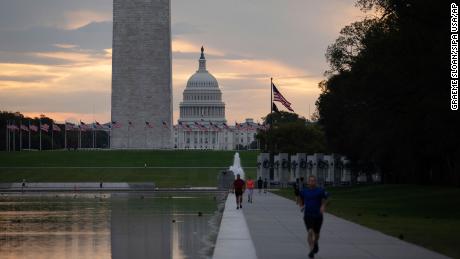 That fundamental dispute remains, setting up a high-stakes showdown in early December.
Lawmakers will also have to deal with the expiration of government funding in the same time frame after recently passing a short-term extension to avert a shutdown that lasts only through December 3.
Ahead of the final vote Thursday evening, the Senate voted to break a filibuster on the agreement to raise the debt ceiling, which needed 60 votes to succeed. The tally was 61-38. Republican senators provided 11 votes, which when combined with those of members of all the Democratic caucus, got the Senate over the procedural hurdle.
After that vote, Schumer blamed Republicans in his speech for nearly pushing the nation into default and rebuked their handling of the issue: “Republicans played a dangerous and risky partisan game, and I am glad that their brinksmanship did not work. For the good of America’s families, for the good of our economy, Republicans must recognize in the future that they should approach fixing the debt limit in a bipartisan way.”
“I thought it was totally out of line. I thought it was an incredibly partisan speech after we just helped them solve a problem,” said Sen. John Thune of South Dakota, the GOP whip, who had helped find the Republican votes Democrats needed to overcome the filibuster and had voted for it himself despite opposing it. “I let him have it.”
Manchin, a preacher of bipartisanship who tries to bring the parties together on a number of issues, also was unhappy with the tone of Schumer’s speech, which took place on the crowded Senate floor as senators waited to cast the final vote.
“I don’t think it was appropriate at this time,” the West Virginia Democrat said. “I know Chuck’s frustration has built up, but that was not the way to take it out. We just disagree. I would have done it differently.”

In a sign that partisan battle lines remain clearly drawn, McConnell said on Thursday that the agreement provides Democrats with more time to use reconciliation to raise the debt limit themselves.
He argued this resolves “the majority’s excuse that they lacked time” to address it through the cumbersome budget process.
Democrats, however, have already made clear they have no desire to use the reconciliation process despite the extra time.
Treasury Secretary Janet Yellen had warned lawmakers that the federal government will likely run out of cash by October 18 unless Congress raises the debt ceiling.

But Congress may not even have that long, since the deadline is more of a best guess estimate than a set in stone deadline. That dynamic intensified pressure on both sides to reach a deal this week.
This story and headline have been updated with additional developments Thursday.
Source: Read Full Article