London (CNN Business)For as long as there have been cities, their residents have agreed to an unwritten contract.

They tolerate cramped living quarters, noise and pollution. In exchange, they get the vibrancy that rural towns often lack. The pandemic has broken that contract. And many city dwellers are ready to move.
“All of the benefits of London are gone now,” Michael, 29, said while sitting in the garden of his small London apartment. “The pubs, the clubs, and the bars have all shut, or they’re open in very odd circumstances.”

London’s pubs and restaurants have been gradually reopening since July, when the coronavirus lockdown that turned one of the world’s liveliest urban meccas into a virtual ghost town began to ease. But social distancing rules mean that many establishments are operating at less than half their usual capacity, and some have closed permanently. In a bid to get more Londoners dining out, the UK government is even subsidizing restaurant meals in August. 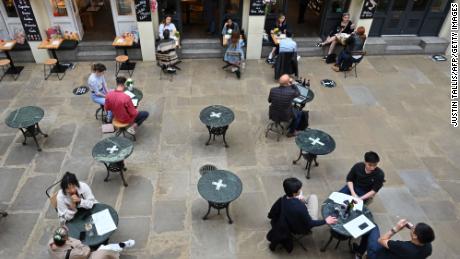 No reason to stay

Michael and his partner, Agata Olszewska, 28, had long planned to eventually leave London. They would take a well-traveled trajectory: Spend their 20s getting ahead at work, then move somewhere more comfortable and affordable. (CNN Business is not using Michael’s full name because he is employed as a civil servant and not authorized to speak to the media.)
While pay in London is generally much better than other parts of the United Kingdom, the cost of living, notably rent, is considerably higher and buying property can be unaffordable due to the size of down payment required. That often prompts professionals to move further out of the city when they want to buy a home.
“We probably thought about doing it in about two years’ time, to get the maximum benefit of working in London,” Olszewska, an architect, said. “The pandemic kind of accelerated our decision to move now.” 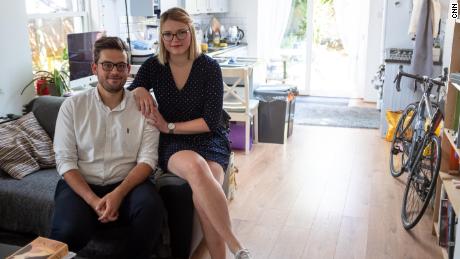 Like many professionals, they’ve been working from home for months. It’s had its ups and downs. More than anything, they realized there’s little reason for them to stick around the city.
“Now we’re able to not really take any steps back in our careers and still move out,” Olszewska added.
Physical distancing wasn’t possible in her small architecture firm, and the benefits of working from home are now outweighed by the downsides.
“I think it was quite a nice novelty at the beginning. And it obviously saves a lot of time commuting. But I feel like I’m not maybe getting the full benefit of being able to speak to colleagues,” she said. “I feel like I’m certainly missing out on this — the side conversations and the experience from just being in the office with other people.”
She’ll be moving to a different company, where there’s more office space and more of an emphasis on field work. Michael expects that even once office work resumes, he’ll only need to commute — either to London or a local office — a few days a week. 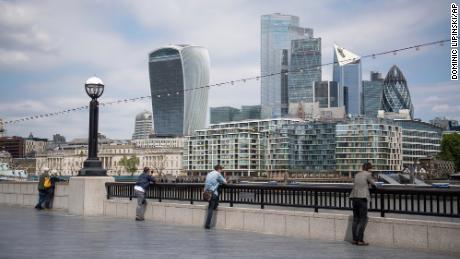 While real estate experts think that London’s vacated office blocks will eventually fill up again, they admit that offices may become more decentralized and that companies will need high quality spaces to attract and retain talent.
For the couple, the decision to leave London was as much financial as anything else. The average house price in London was £478,900 ($624,000) in February, according to the government’s Land Registry, but spacious apartments close to the city center can easily fetch at least £600,000 ($782,000).
Eight or nine years of savings would be needed before the couple could consider buying in the city.
“Michael loves a spreadsheet,” Olszewska said.
Instead, the couple is moving to the Cotswolds, a region of idyllic country towns near Oxford, where Michael estimates that rents are about a third of London levels.
“Working anywhere is the same as working anywhere else now,” he said. “Why not move somewhere where you have a fantastic local community [and] you’ve got really pretty sites around you?”

London commuter towns are awash in anecdotes of city dwellers rushing to buy rural property, as they plan for a future that allows for more remote working. The fast train from Oxford to London’s Paddington Station takes less than an hour, and there are around 45 trains per day, according to digital ticketing platform, Trainline.
“London out-migration has always been a well-trodden path,” said Aneisha Beveridge, head of research at the real estate company Hamptons. “Lockdown has meant that more people are bringing those decisions forward.”
In general, she said, the trend is what one would expect: After months at home, people are seeking a bit more comfort, whether that’s an urban apartment with a balcony, or a suburban house with a garden.
The same dynamic appears to be playing out in other major cities around the world, including New York.
Beveridge said that there’s another major factor at play: proximity to family. In some cases, that’s encouraging people to move out of urban environments, while others are relocating back into cities. 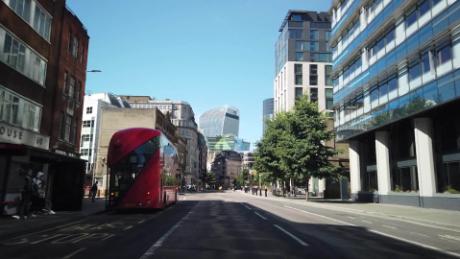 “There’s always going to be people coming into the city,” said Olszewska. “When I was a bit younger I definitely dreamt of being in London.”

But Michael is not so sure.
“Large cosmopolitan cities are dying, but not dead,” he said. “People who have workplaces in cities need to think about what they can offer their staff and how they can really retain talent, because there’s nothing drawing people to the large cities anymore.”
Source: Read Full Article