Some of them include Spider G, NeuroTags, Genrobotic Innovations, AI Aeronautics, Synersense, Dealshare and NanoHealth.

‘Highway to a Hundred Unicorns,’ the Microsoft for startups initiative, works closely with local governments to strengthen the startup ecosystem in each state. 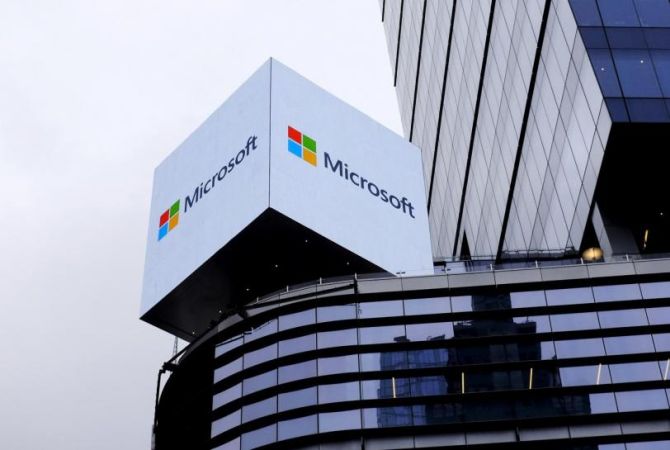 Microsoft, the world’s biggest software maker, is increasing its efforts to empower the startup ecosystem in Tier 2 cities across the country.

As part of this initiative, the Redmond, Washington-based firm’s ‘Highway to a Hundred Unicorns’ programme, has selected 54 startups from Gujarat, Maharashtra, Rajasthan, Kerala and Telangana.

Some of them include Spider G, NeuroTags, Genrobotic Innovations, AI Aeronautics, Synersense, Dealshare and NanoHealth.

The top tech startups selected through ‘Emerge-X’, a competition for startups, win credits to access Microsoft’s cloud computing platform Azure and get a host of business and tech benefits.

The competition has received over 530 applications and the top three startups from each state gain access to a year-long mentorship program and a two-day founder boot camp.

‘Highway to a Hundred Unicorns,’ the Microsoft for startups initiative, works closely with local governments to strengthen the startup ecosystem in each state.

“The entrepreneurial energy of startups is rising well beyond the known metropolitan hubs and is remarkably high in Tier 2 cities, despite the obvious challenges.

“Through ‘Highway to a Hundred Unicorns, we’ve been able to reach some highly promising innovators from each of the five states,” said Lathika Pai, country head, Microsoft for Startups – MENA and SAARC.

“In the next phase of our journey, we look forward to engaging with more startups and accelerating their growth and providing them with Microsoft’s platform to go global.”

The fifth edition of the Microsoft’s outreach programme was hosted at Hyderabad in association with the Government of Telangana.

More than 150 innovators and entrepreneurs are engaged with Microsoft experts, industry stalwarts and ecosystem stakeholders, including members of the state government.

More than 650 startups that have participated in the five events have benefited from the mentorship and guidance through technology workshops on Azure, artificial intelligence and machine learning.

Microsoft said over 75 ecosystem players including the Global Entrepreneurship Network, TiE, Headstart, NASSCOM, and Startup Grind as well as prominent investors, entrepreneurs and executives in the national startup ecosystem have actively engaged with the innovators at each of the locations.