Neutrogena announced it has recalled its Light Therapy Acne Mask and Activator due to a risk of an eye injury. (Neutrogena)

Neutrogena is recalling its Light Therapy Acne Mask and Activator due to potential eye injuries.

The beauty giant said in a statement that it was issuing the recall “out of an abundance of caution” but the mask was still safe to be used “as directed.”

“Reports of visual effects associated with the use of the Neutrogena Light Therapy Acne Mask are rare, generally mild and transient,” Neutrogena said in a statement. “For a small subset of the population with certain underlying eye conditions, as well as for users taking medications which could enhance ocular photosensitivity, there is a theoretical risk of eye injury.”

The Australian Department of Health released a statement Wednesday saying the mask was “being withdrawn from the market.”

“It has been identified that, for a small subset of potentially susceptible people (including people with certain eye-related disorders e.g. retinitis pigmentosa, ocular albinism, other congenital retinal disorders), repeated exposure may cause varying degrees of retinal damage that could be irreversible and could accelerate peripheral vision impairment or loss,” Australia’s Department of Health said in a statement. 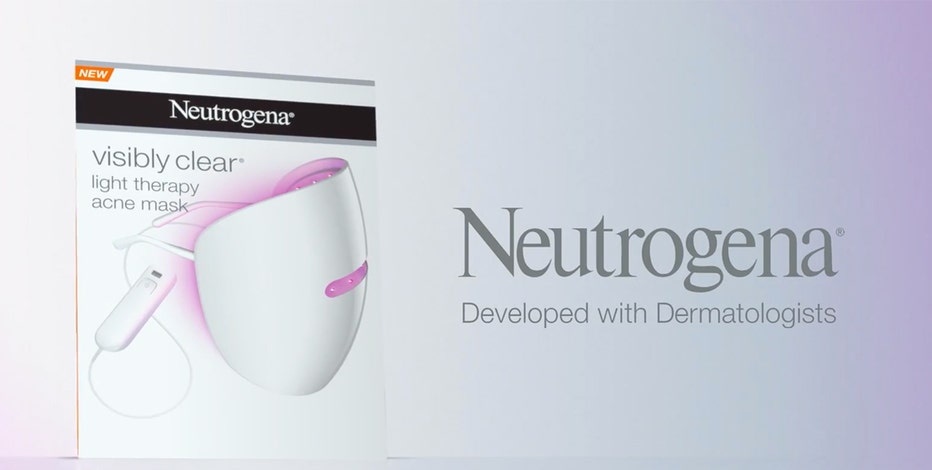 The product was introduced in October 2016. (Neutrogena)

The department advised those with the mask to stop using it and call Johnson & Johnson’s customer care center to return it for a refund.

The mask, which uses a combination of red and blue lights, was introduced in October 2016. Celebrities such as Kate Hudson and Emma Stone have shared photos of themselves using similar devices.