The City Where People Don’t Have Enough to Eat 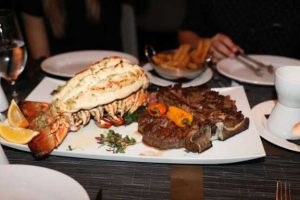 “Food insecurity” is defined by The U.S. Department of Agriculture (USDA) as “lack of consistent access to enough food for an active, healthy life.” Nonprofit Feeding America claims the number of people who fall into this category numbers 1 in 9 Americans. It adds this figure includes 11 million children. There is at least some evidence that in the early days of the COVID-19 pandemic the sudden recession brought on by the disease increased the number of people how faced food insecurity nationwide.

The Census Bureau started to look at the effects of COVID-19 on the American population early in the pandemic. Its vast initiative is called the Household Pulse Survey. So far, the results have been released in three phases, which began with the first study that was in the field starting April 23, 2020. The data is released about twice a month. The work is done in partnership with the Bureau of Labor Statistics (BLS), Bureau of Transportation Statistics, Centers for Disease Control and Prevention (CDC), Department of Housing and Urban Development, National Center for Education Statistics, National Center for Health Statistics, Social Security Administration and USDA Economic Research Service.

The Household Pulse Survey has a section called “Food Scarcity.” It is based on a measure of “Percentage of adults in households where there was either sometimes or often not enough to eat in the last 7 days.” The number varies by city and state. For example, the state with the highest percentage is Alabama at 17.4%. The state with the lowest number is Wisconsin at 4.1%.

Among America’s major metro areas, the place where food insecurity is most widespread is Riverside, California, with a figure of 13.9%. It is followed by a metro nearby geographically. The second-place city is Los Angeles at 12%. The national figure is 9.7%.

Click here to read about places where poverty is causing bad diets.