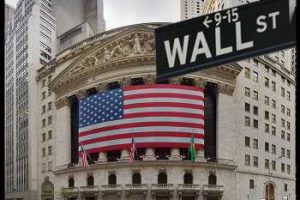 After moving mostly higher early in the session, stocks have seen further upside over the course of the trading day on Tuesday. With the upward move, the major averages are offsetting the steep drop seen in the previous session.

Bargain hunting has contributed to the strength on Wall Street, as traders pick up stocks at somewhat reduced levels on the heels of recent weakness.

The steep drop seen during trading on Monday dragged the tech-heavy Nasdaq down to its lowest closing level in over two months.

Airline stocks continue to turn in some of the market’s best performances on the day, with the NYSE Arca Airline Index soaring by 5.5 percent.

Substantial strength also remains visible among energy stocks, which are benefiting from a rebound by the price of crude oil. Crude for February delivery is spiking $2.56 to $71.17 a barrel after plunging $2.11 to $68.61 a barrel on Monday.

Reflecting the strength in the energy sector, the Philadelphia Oil Service Index is up by 4.2 percent and the NYSE Arca Oil Index is up by 3.3 percent.

Steel, computer hardware and semiconductor stocks have also shown strong moves to the upside, moving higher along with most of the other major sectors.

The major European markets also showed strong moves back to the upside on the day. The German DAX Index, the U.K.’s FTSE 100 Index and the French CAC 40 Index all surged up by 1.4 percent.

In the bond market, treasuries have moved notably lower amid the rebound on Wall Street. Subsequently, the yield on the benchmark ten-year note, which moves opposite of its price, is up by 7 basis points at 1.489 percent.