This could have been the best possible for Bitcoin to end the week as it climbed above the $11,000 for the first time since the Jan dip which event showcased a speedy sell-off by traders and want-to-be investors.

The violent drop many credit to the tighter regulation fear and rumors of price manipulation that were spreading in the market.

According to CoinMarketCap – Bitcoin reached the level of $11,323 against the US Dollar which zone was touched for the last time in Jan 30. 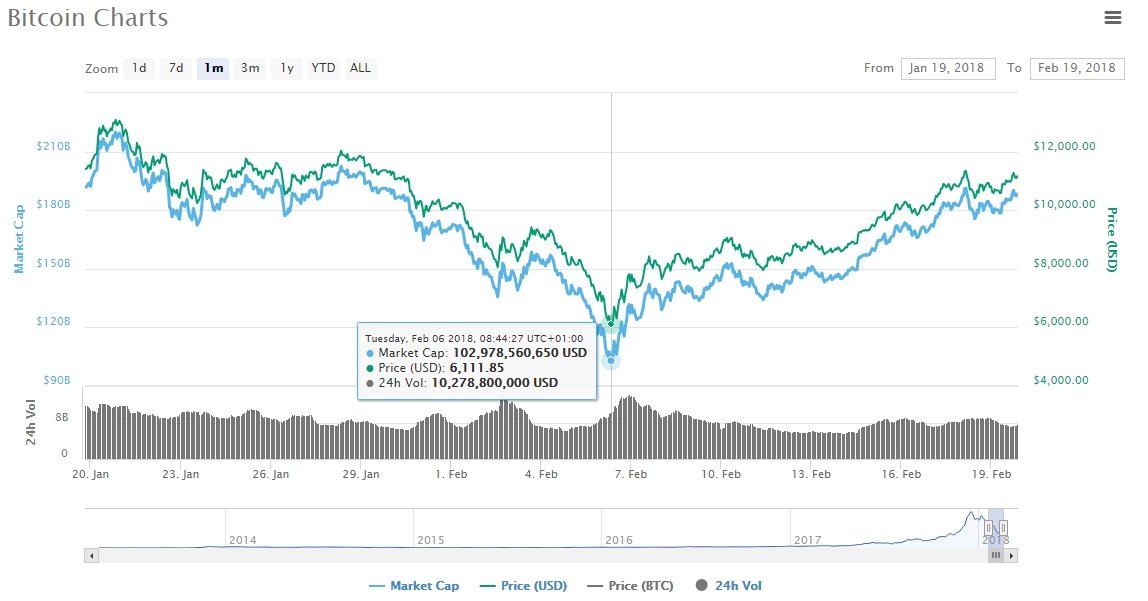 As explained in a previous price related writing, the resilience in the leading cryptos is a very supportive factor for investors and enthusiasts to hoist their confidence. BTC was changing hands against the US Dollar in Feb 6 approx at $5,947, which marks an increase of 95.19 percent on its today level.

In South Korea, a key market for bitcoin, there were fears that an outright ban on cryptocurrency trading could come into effect. But as new measures were implemented, they were less strict than investors thought, and many sounded a positive note.

Various figures consider a game changing date when Jay Clayton [chairman of the Securities and Exchange Commission] and Christopher Giancarlo [chairman of the Commodity Futures Trading Commission] gave out a testimony in front of the Senate Banking Committee regarding cryptocurrencies with a positive energy towards the coins advising regulators to have a”thoughtful and balance response, not a dismissive one.”

“We must crack down hard on those who abuse our young enthusiasm for bitcoin and blockchain technology,” he said to the congress. “We owe it to this new generation, to respect their interest in this new technology with a thoughtful regulatory approach,”

Tom Lee, the first major Wall Street strategist to cover bitcoin, said recently that bitcoin will likely rise to $25,000 this year. Kay Van-Petersen, an analyst at Saxo Bank who correctly predicted the cryptocurrency’s rally at the start of last year told CNBC in a recent interview that bitcoin could go to $100,000.