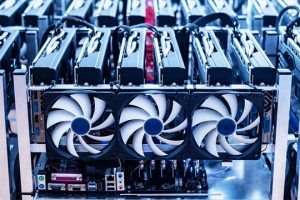 The rapid growth of Kazakhstan’s block reward mining industry has placed an increasing strain on its vulnerable coal-powered energy grids, raising concerns about its capacity and ability to handle the influx of companies descending on the country from neighboring China.

According to some reports, the Central Asian nation, home to 19 million people, has quickly become the world’s second-biggest block reward mining location after the United States.

The boom is thanks mainly to the country’s cheap power cost and the mass exodus of block reward miners fleeing China’s crackdown on mining. Consequently, the country is now forced to import power and ration domestic supply to address the surging demands.

Adding to the government’s problems are the aging coal plants that power most local mining farms, complicating officials’ efforts to decarbonize the local economy. Kazakhstan has one of the world’s largest coal industries.

This sudden growth has left local officials unprepared and scrambling to decide how to tax and regulate the largely underground and foreign-owned industry. Tax code amendments passed in June provide for a tax of 1 tenge ($0.0023) per kilowatt-hour. There are also additional proposals to make miners pay more for energy.

Deputy Energy Minister Murat Zhurebekov announced early this month that the nation plans to crack down on unregistered “grey” miners that operate illegally to avoid paying taxes and other fees. Some estimates say “grey” miners may be consuming twice as much energy as the 600 MW officially registered companies consume. Taken together, energy consumption from mining has soared to about 8% of Kazakhstan’s total generation capacity.

“I think we will have the directive (limiting power to unregistered miners) issued before the end of this year because this issue cannot be delayed any longer,” Minister Zhurebekov declared.

Another overlooked part of block reward mining is its energy intensity will continue to rise because the BTC network protocols make it harder to process large blocks of transactions. As the impact of BTC mining increases to peak demand, it increases stress on the grid. This could lead to a rise in power costs for average consumers.