Outcry has erupted across the crypto community as many have accused the man responsible for the remainder of Mt Gox’s assets of intentionally or unintentionally contributing to the sinking price of Bitcoin, according to a report from Business Insider.

Founded in 2010, Mt Gox is widely known for its infamous fall from grace. In 2014, the exchange declared bankruptcy after being hit by a massive hack–the largest in history until the $500 million Coincheck hack that took place earlier this year. Very few (if any) Mt Gox users who lost their funds in the incident have seen even a penny of compensation for their losses.

Following the hack and the subsequent bankruptcy, the majority of Mt Gox’s funds were put into a trust with the intention to pay back creditors.

According to a Bloomberg report that was published on Wednesday, Nobuaki Kobayashi, the bankruptcy trustee for Mt Gox, has been selling off massive amounts of Mt Gox’s remaining Bitcoins starting in September of last year.

Kobayashi explained that he had made the decision to sell the assets to raise funds for disbursements to creditors.

However, the cryptocurrency community has railed against Kobayashi for selling a large 18,000 BTC on February 5th, causing Bitcoin to crash to a three-month low of nearly $6,000 the next day.

To some, it appears that Kobayashi sold the Bitcoins for such a low price because he was worried that the price would sink even lower if he waited any longer–a classic “panic-sell” move.

No matter the reason, Kobayashi has been accused of making the situation of the sinking price of Bitcoin even worse.

A Slow Dive for Bitcoin

The price of Bitcoin reached an all-time high of nearly $20,000 in December of 2017 in the wake of the advent of BTC futures trading on CME and CBOE. After a slow dive to roughly $6000 in early February, the price recovered to a steady support of roughly $10,00 for several weeks.

However, following the SEC’s announcement this week that crypto exchanges are now required to register with the agency, the price of Bitcoin sank ten percent to around $9000; at the time of press, a single Bitcoin was worth roughly $8700. 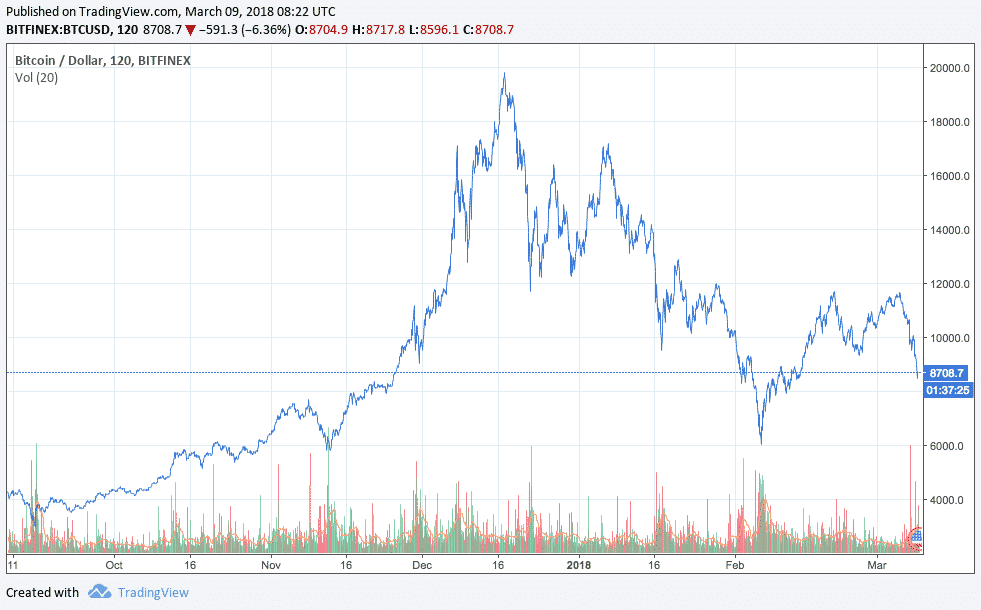 Members of the crypto community have (understandably) been expressing their frustrations with the situation on Reddit: “Why didn’t [Kobayashi] sell the BTC at auction like other assets often get sold during bankruptcy? If he sold on the spot market only an idiot would think you wouldn’t suffer slippage,” Reddit user bitradr wrote.

What’s even more frustrating for some is that Mark Karpeles, the CEO of Mt Gox at the time of the hack, may still stand to make a massive amount of money once creditors are paid off–he is entitled to any remaining funds.

However, Mark Karpeles may be the least of the crypto community’s worries. Kobayashi is still responsible for approximately $1.9 billion in digital assets–much of Bitcoin’s future is in his hands.