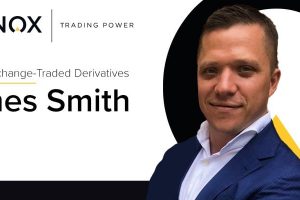 The global trading provider INFINOX has announced a major hire as it ramps up its international growth plans.

Based at INFINOX’s London headquarters, James will be responsible for increasing the global reach of the brand’s exchange-traded offering. INFINOX has a presence in 15 countries, and in May opened a major hub in Dubai after its Asian client-base grew by 102% in a year.

The expansion comes after the company recorded a 61% jump in revenue and a 28% increase in trading volumes to $553bn in 2020.

Mr Alexander Smith has more than a decade of experience in derivatives, gained in both London and the Middle East.

He most recently managed a highly profitable multi-asset desk investing in equity, fixed income and derivatives markets on behalf of HNW individuals and family office clients.

“James is already proving a valuable addition to our global team, cementing our position as a world-class multi-asset brokerage.

“His proven ability to nurture strong relationships with both professional and retail traders will be key as we seek to give more investors more ways to invest in a range of exchange-traded derivatives.”

“INFINOX is a fast-growing company with an impressive global footprint in the FX and CFD space and I’m looking forward to contributing to its continued success.

“I am very impressed with the quality of my new colleagues, the vision of management and the unique combination of technology and personal interaction INFINOX offers its clients.”

INFINOX Capital Ltd is a global, online trading provider headquartered in the City of London and with a presence in 15 countries. Authorised and regulated by the Financial Conduct Authority, it enables clients across the UK, EU and beyond to trade a full range of asset classes, from forex to equities and commodities.

Since its launch 12 years ago, INFINOX has put world-class trading power into investors’ hands. A global pioneer in FX and CFD trading, it combines a seamless user experience with the very latest Metatrader 5 trading technology.

Its business is built on integrity and trust, and it offers customers access to a range of market intelligence tools as well as dynamic products, competitive trading parameters and premium, one-on-one customer service.