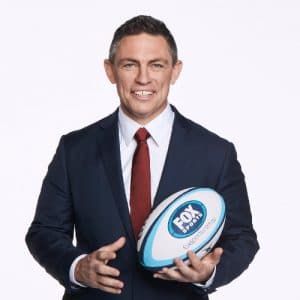 The move was made public via Kafer’s LinkedIn post, where he writes that he is: “Delighted to have had the opportunity to join a rapidly growing, innovative group at Invast Global, an alternative Prime Broker. Its a great business, an even better team, destined for great things and I am looking forward to contributing.”

According to an interview he did with The Australian Financial Review, regarding his new position, he wasn’t “even contemplating it” until he had a meeting with the prime broker’s chief executive officer Gavin White.

Speaking to the news outlet, Kafer said: “We literally met for lunch, and he said ‘if you want to do it, let’s do it’, and I said, ‘I’ll start in two weeks time’. It’s those great moments in life where it’s almost spur of the moment, let’s do it, let’s have a challenge,” he said.

“I’ve loved my time in rugby, it’s such a wonderful thing to be involved with. And I had a real specific role at Rugby Australia. And, at the end of it, I didn’t actually feel like I could make too big a difference there … it didn’t provide me the opportunity that perhaps I thought it would.”

This is not Kafer’s first role in finance. In fact, before he became a professional rugby player, he worked as a proprietary trader. However, in his role with Invast Global, he will focus on selling the firm’s services into hedge funds.

“One of the great pieces of advice when I was finishing my career – and it stuck with me ever since – was ‘don’t let this sporting career be the highlight of your life, because you could end up being disappointed for the rest of your life, and never being able to achieve the highs of perhaps what you did’,” Kafer told The Australian Financial Review.