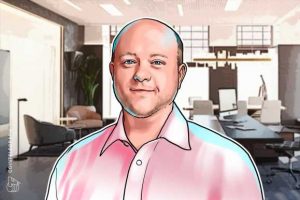 The co-founder and CEO of Circle, Jeremy Allaire, has made a bold prediction that the company-issued stablecoin is on track to surpass payments giant PayPal in terms of transacted dollar value.

The comments came in an April 6 tweet in which Allaire alluded to the on-chain transaction volume for USDC over the past year, which he reported as over half a trillion dollars.

He added that this was already about half of the total payment volume for PayPal in 2020, hinting that a ‘flippening’ could be coming soon.

As some respondents to the Tweet noted, the two things are not necessarily comparable as transactions on PayPal are used to pay for goods and services whereas USDC is primarily used on crypto exchanges for trading and speculation. But it does help put USDC’s growth spurt into perspective.

According to Statista, PayPal’s annual transaction volume was $936 billion for the year 2020, up 31.5% from the previous year (which saw $712 billion transacted). In the fourth quarter of 2020, PayPal’s net payment volume amounted to around $277 billion, representing 39% year-on-year growth.

In comparison, the market’s dominant stablecoin Tether hit $600 billion in cumulative transaction volume by mid-October 2020 and reportedly topped $780 billion by the end of the year. Daily volumes began to ramp up for astablecoins in the fourth quarter of 2020 as the bull market gathered momentum.

Messari currently reports adjusted daily volumes at $2.5 billion for USDC and $9.8 billion for USDT. In terms of circulating supply, Tether is currently at a record high of 43.3 billion USDT according to Tether’s transparency report, while USDC has 11.3 billion in circulation — growth of 1,500% since the same time last year.

Tether is currently ranked the fifth cryptocurrency overall in terms of market cap according to Coingecko falling back following XRP’s 23% daily pump and Binance Coin’s all-time high today. USDC is further down the list but is still the second-largest stablecoin in terms of market cap, ranked at fourteenth, just below Stellar Lumens.