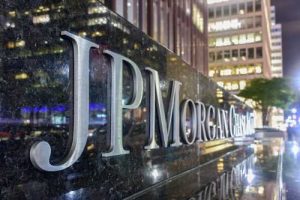 As Bitcoin remains above $20,000, 66% of Bitcoin supply has not moved in a year, which is the largest percentage of supply last active over 1 year ago. This shows that BTC holders remain convinced in Bitcoin’s longevity.

After JP Morgan had famously been opposed to DeFi, with the CEO calling crypto a “decentralised Ponzi scheme” just months ago, the banking giant has got involved in the DeFi sector, which is huge step forward for the industry.

JP Morgan used a version of Aave on Polygon blockchain to execute a trade of tokenized SGD for JPY with SBI Holdings LLC. The Polygon token (MATIC) is up over 20% today, increasing by over 50% in just the past few weeks.

In other news, Coinbase reported earnings yesterday that showed a loss of $545 million in the third quarter. This is 50% lower than its losses in the second quarter of this year, which was $1.1 billion, yet the loss is still concerning for investors.

Transaction revenue was down 44% from Q2, reaching $366 billion, stating that there is a shift in trading volume away from the U.S. where there is a lack of regulatory certainty. The U.K. has the potential to capitalise on this, with Rishi Sunak becoming the new U.K. prime minister.

Within the earnings report Coinbase stated, “as of the end of the quarter, roughly 25% of the 100 largest hedge funds in the world by reported assets under management have chosen to onboard with Coinbase.” This is a significant increase from last year where they claimed 10% of the largest hedge funds have onboarded with Coinbase, suggesting that hedge funds are preparing to invest in crypto when we finally do get a change in macroeconomic conditions.