Home » Crypto » Michael Moritz Is Secured as Klarna’s Next Chairman

Michael Moritz Is Secured as Klarna’s Next Chairman

Klarna, an EU-regulated bank, announced that it has secured its next Chairman, Sir Michael Moritz, effective immediately.

Announced in a press release on Tuesday, Moritz, a veteran venture capitalist in Silicon Valley, has been named by Klarna, the Swedish fintech that began in 2005, as its new Chairman to lead the company forth as it continues its push in the US by possibly becoming a US bank ahead of a stock market listing.

The EU-regulated bank, Klarna was asked if it has considered applying for a US banking charter. Sebastian Siemiatkowski, Chief Executive of Klarna, stated that although no decision had been made, “it’s definitely something we would consider.”

Concurrent to the new appointment at Klarna, Moritz also holds two other posts. Since early 2005 Crankstart, which supports vulnerable individual and organisations, onboarded him as Chairman. To date, he has held this role for sixteen years and is located in San Francisco. 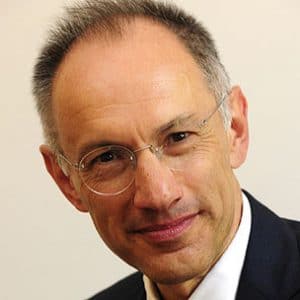 Additionally, for the last thirty-four years and counting, he has been a Partner at Sequoia Capital, an American venture capital firm. This company, with offices in the US, China, India and Israel, provides seed, early, and growth stage venture financings and imparted the original major financings for Google, YouTube, PayPal, Yahoo!, WhatsApp, Zoom, Apple, Klarna and others.

Moritz brings extensive experience, roughly a third of a century in fintech companies. Additionally, he has been a director for the Swedish ‘buy now, pay later’ company for over ten years and earlier on he had a place on Google’s and Yahoo’s Board.

Three More to Join Klarna’s Board

The hiring comes at a time when Europe’s treasured private fintech is filling the seats on its board. In fact, it is investigating into becoming a niche group in fintech to conquer the US market. Along with Moritz, comes three other appointments to Klarna’s board: Omid Kordestani, the former Executive Chairman of Twitter; Sarah Smith, the former Chief Compliance Officer of Goldman Sachs; and Lise Kaae, a former Director of Handelsbanken.

In response to the new board appointment, Mr Siemiatkowski said:  “Will it make it easier for us to IPO with a more international board? Sure. But it’s not the major thing.” Instead, he said they reflected rapid changes as it becomes a global financial brand. “What is interesting with Klarna, [is that] it has never happened before that a retail bank has genuinely scaled at this pace to become a global banking player, at least through organic growth. We want to make sure we have a board that matches that.”

Mr Siemiatkowski described Moritz becoming chairman as “a big honour”. He added: “I can’t recollect that he does it very often . . . During those times when we were struggling to find our way and direction, Sequoia was very supportive.”