Home » Crypto » Scam Alert: How Can You Spot a Fake Crypto Project?

Scam Alert: How Can You Spot a Fake Crypto Project?

The year 2016 is a black mark on the history of cryptocurrencies. It is when ICOs, or Initial Coin Offerings, have peaked in their popularity. The foundational trait of the crypto market is the lack of regulations. It is the most libertarian economic model to date. However, without regulations comes the risk of fraudulent people trying to exploit the vulnerable.

The core idea of the view is that the end-user should take responsibility for keeping his assets safe. The problem with the growing digital world is the onslaught of tech-savvy, pathological liars who are trying to exploit people who are sometimes too trusting of shiny words.

The digital world, in general, resembles that of the crypto market. Even if the government regulates many things, it cannot infringe on the freedom of the internet, anyone can post anything. Currently, anyone can make a beautiful website that will have an interactive interface with buzzwords written everywhere, promising to make a million in a day. Unfortunately, this is exactly the case.

There are a good number of companies that offer this or that in the digital world. The crypto market is plagued by such exploitative initiatives. They always ask for funds to be funneled into their tokens or ICOs and to keep the charade up until the moment of imminent disappearance. So how does someone identify a fake crypto project? Let’s go over it.

A white paper is a critical document for any company trying to pitch their idea to potential investors. It establishes the core concept of their product and explains why it is better than the competitors. It’s more of a marketing document than anything else. However, the lack of one is a clear red flag. It is worth noting that having a white paper doesn’t mean that the intentions are pure, but a lack of one signifies the lack of responsibility from the developer’s side.

There are many scam cases with or without white paper. For example, Bitconnect did not have its whitepaper present for investors. As it turns out, it was a huge Ponzi scheme with several individuals promoting it left and right. These people would host big, flashy conferences and scream in the microphone about how awesome their product is. It attracted an extreme amount of investors to finance the project. Bitconnect is regarded as the biggest Ponzi scheme in the history of cryptocurrencies with a $2.6 billion project value.

At the same time, we have PlexCoin, which had a very convincing white paper. This project managed to connect as much as $15 million and was fortunately shut down by the United States Securities and Exchange Commission (SEC). While this proves that white paper is not a full-proof method of determining if the project is legit or not, it is a great start.

Every crypto project is led by a team of individuals. These are people who are making the project a success in the first place. It is important to root for a project with strong leadership. Like when Ethereum was starting with Vitalik Buterin. 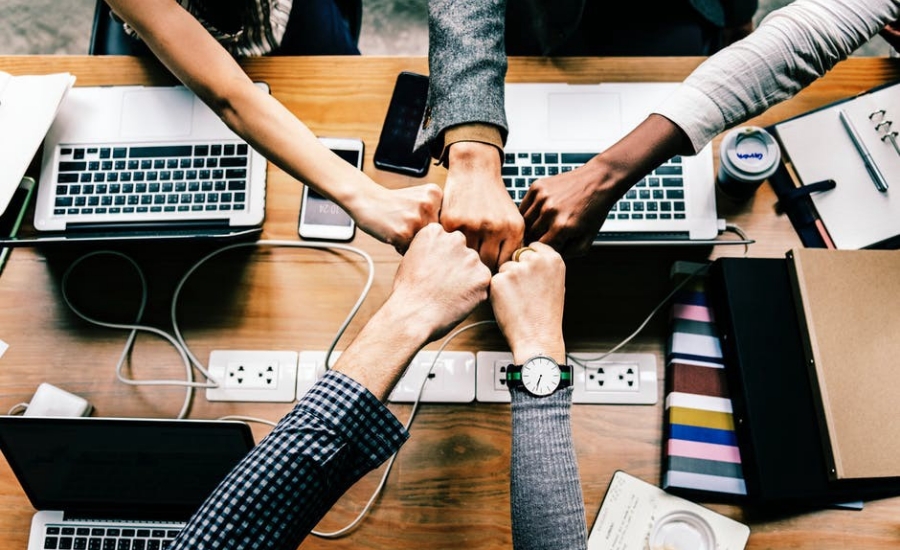 What scam companies do is that they try to come up with some celebrity. They steal someone else’s picture and make fake social media accounts. These profiles are then boosted by other fake profiles to seem like they have a huge number of followers. Always check their posts and responses. It is easy to understand that if someone has 1 million followers and gets 10 likes per post or never posts anything in the first place, maybe it is most likely a fake.

Even if the development team is real, it still falls onto the user to understand if they have an actual background to do whatever they set out to do. The moment you invest in the project success is going to be equal to your success. Make sure to be thorough.

This is an interesting one. What some scamming companies do is that they hide the token sale progress from the investors. This creates a certain sense of urgency for investors since they do not know how soon the whole deal is going to close. Apart from this, the fact that people cannot track how the progress is going means there’s something to hide in the first place, and the initiative should not be trusted.

These are three of the most common things to look out for. However, by far, this is not the most exhaustive list. You should slowly and steadily win the race, and the more methodical you are, the better the outcome is going to be. A successful ICO is going to have everything required. There should be a good team, an outstanding white paper, a proper website, transparent token sales, engagement with the community, a long-term plan, and the relevance of cryptocurrencies as one of the most important factors. If the company doesn’t have one, it means they don’t even aim to stick around for that long.