Skycoin – Skywire Miner: Hardware for the Next Internet – Blockchain News

How can we create a truly free and open internet? To answer this question, the team at Skycoin has developed Skywire, the new alternative internet. Skywire is a groundbreaking, novel technology that takes control from large internet service providers (ISPs) and gives it back to the users. Its peer-to-peer model promotes net neutrality and sharing of content without blocking, slowdowns, or censorship. Skywire’s open-access network preserves privacy and encourages free speech. Ánd they say their mission in creating Skywire is to shape the internet’s future for the better.

Skywire’s revolutionary new networking protocol is already changing the internet as we know it. The protocol is based on Multi-Protocol Label Switching (MPLS). Benefits of MPLS include speed, quality of service, reliability, and security. Skywire goes beyond these standards to deliver an even faster, better network. It’s designed for high performance and maximum privacy, allowing users to bypass ISPs and take control of their experience, essentially becoming their very own ISP.

Skycoin is the currency of Skywire, giving it a practical application beyond just a digital currency. When the user forwards traffic or provide network resources, he or she receives Skycoin. Likewise, when the user consumes network resources or media, he or she spends Skycoin. Users can maximize their coins in two ways: having high bandwidth in high-traffic areas, or having highly sought-after content.

Skycoin is conducting their Coin Distribution Event, or CDE, is a fixed-price sale of 1,000,000 Skycoin (SKY) for 0.002 BTC. The money raised will be used to continue research on immutable data structures, development of consumer hardware and marketing – all towards the goal of creating a better internet.

Skycoin is a third-generation cryptocurrency created to solve many of Bitcoin’s speed, security and privacy issues. Founded in 2011 by the world’s top cryptographers, Skycoin serves as the foundations for the next internet. It’s currently trading on two exchanges and real-world applications like VPN and social media are coming to the SkyWire platform soon.

The Skywire “miner” is meticulously designed and configured to provide a backbone for the new internet. Its custom-built hardware exceeds technical specifications to deliver maximum power and performance. Skywire functions as a “miner” for Skycoins. It acts as a specialized VPN, using the following hardware configuration:

Each board features an ARM processor, 2 GB of RAM, and anywhere from 32 to 256 GB flash storage. The hardware is segmented in such a way that even if one service is compromised, the other services on the same machine can’t be. An OpenWRT router with strict packet forwarding rules and access control increases security. The setup can be further customized to consist of 4, 8, 16, or 32 boards. 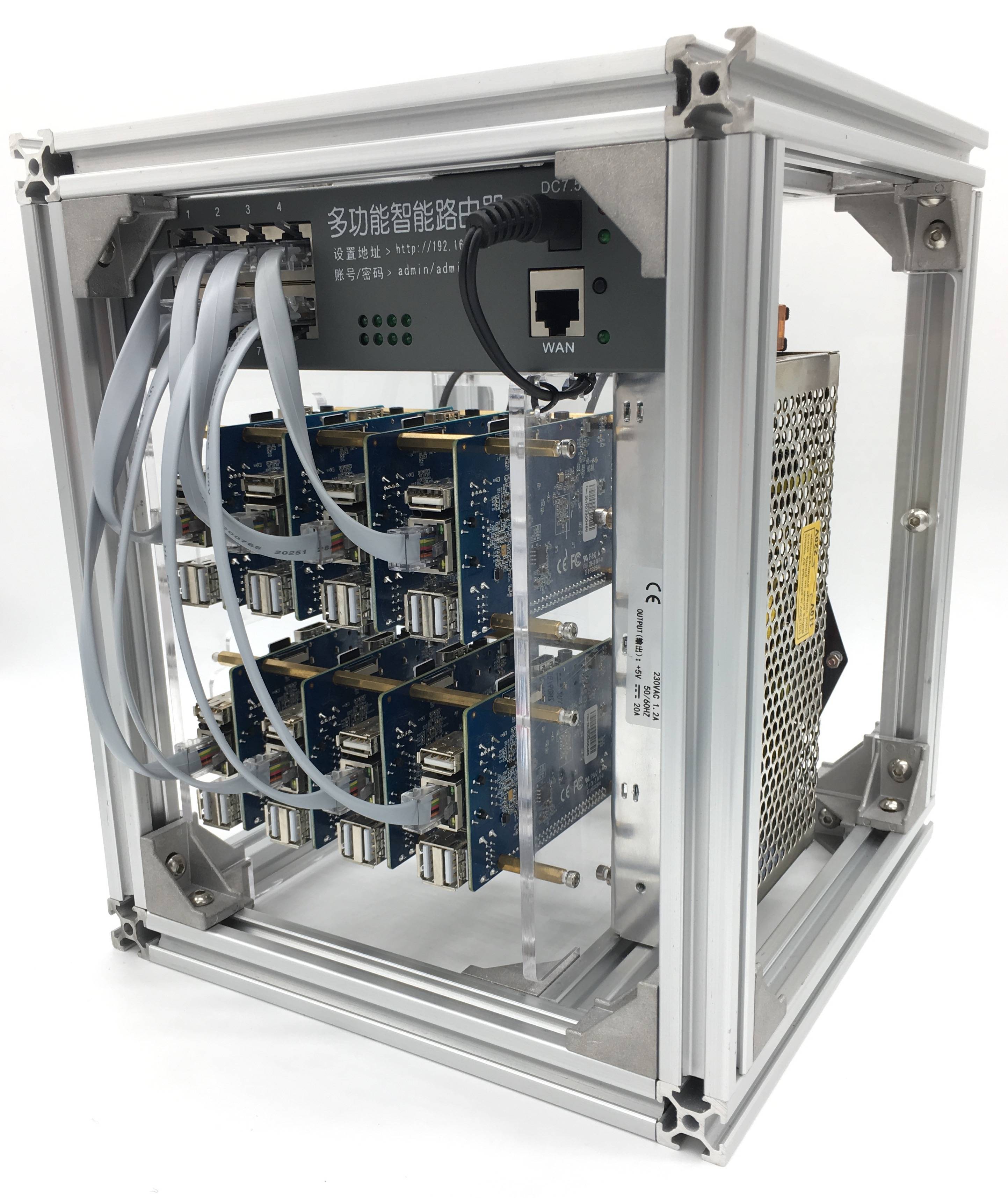 Users can deploy nodes manually, but automatic deployment is just around the corner. Sky-Messenger will provide a chatbot that allows users to peer clusters by public key. Once metering and settlement is implemented, Skywire will generate coins for operating the network.

Plans are already in place for second-generation hardware, which will include an OLED screen that displays RAM/CPU/Bandwidth and Skycoins per hour, an OpenWRT router, SATA ports on the board for at least 4 CPU boards, and 32 and 64 board models. The network runs on its own internal internet with dedicated hardware. In the future, the above hardware configuration will be extended to support physical wireless mesh networks.

Skywire distributes content faster and more anonymously than other alternatives. It does this by combining two powerful components: Aether and Skynet. Aether is a peer-to-peer replicated object system that powers the distribution of anonymous and immutable web content. Traditional internet apps for video streaming, messaging, and other services can all be run on Aether. Skynet, the second component, forms the backbone of the distributed networking system. It’s a source-routed, public MPLS network built in a unique namespace and on a new networking stack. Skynet users essentially function as their own ISPs. 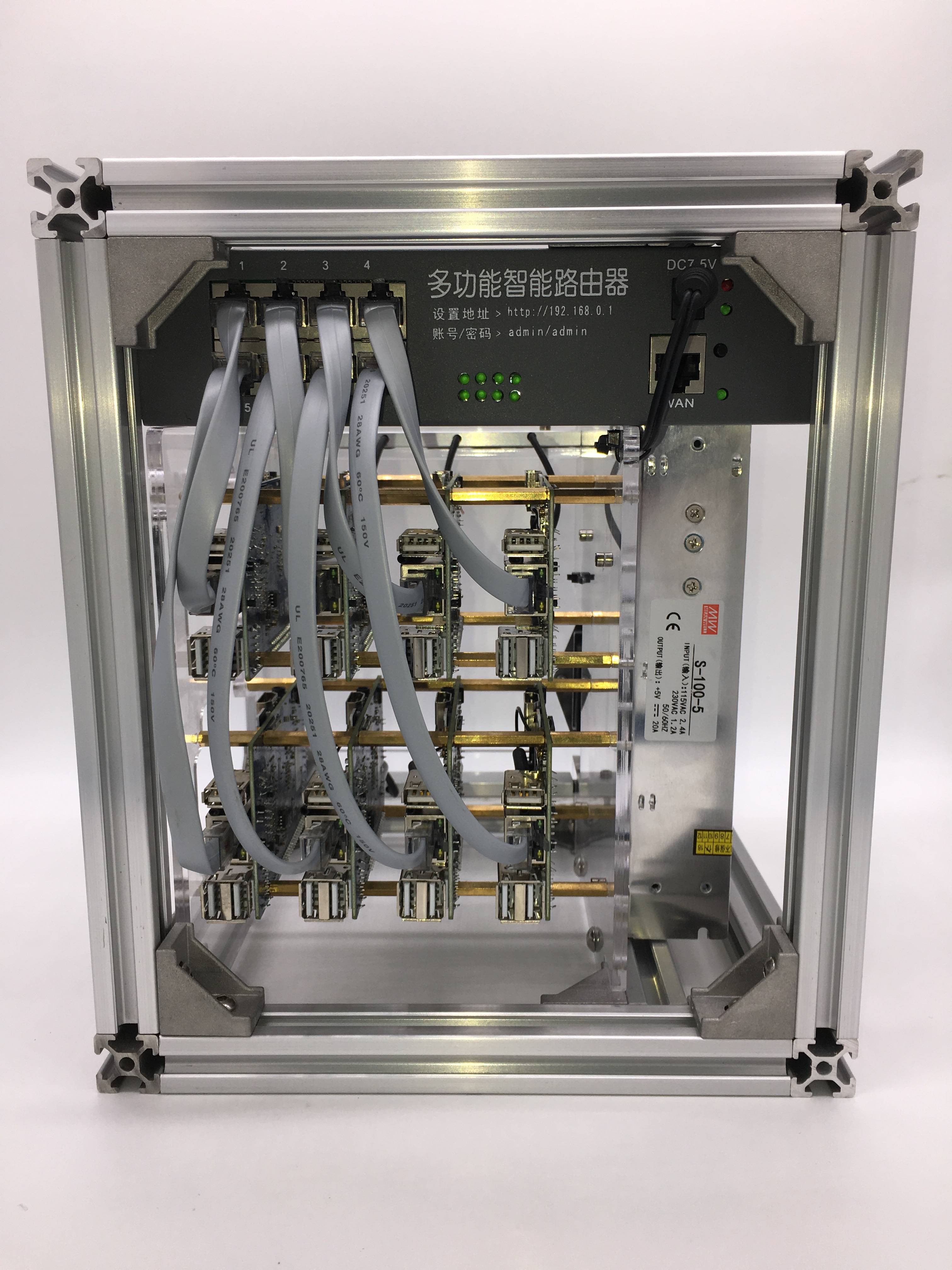 Aether and Skynet can be run separately, but Skywire combines them to form an indestructible network. With Skywire, a local cache holds resources without connecting to the external internet. File downloads are copied directly into the local cache. Peers who are looking for that file can get it from you and pass it along the network. By leveraging peer-to-peer technology in an innovative and unique way, Skywire provides a viable internet alternative that’s secure, fast, and sustainable.

The internet’s future is balanced between large ISPs that restrict content for profit and cutting-edge network technology that brings the internet to you, the user. Skywire is at the vanguard of this revolution.

The Sky team say they don’t need to rely on ISPs to explore the internet and with Skywire’s networking protocol, they are creating a free, global, decentralized internet experience that’s unlimited by the current market. The vision for Skywire, according to the group –  goes beyond transformation – and as they continue to develop this trailblazing technology, one thing becomes clear: Skywire won’t just change the internet. It will reinvent it.

They say they want the Skywire miner released in the next 6 months. Ideally it would be released within the next 3 months, but testing alone could take a few months as they also need to work out the logistics of assembly and shipping.

The 6 months target is still a soft date. Until the hardware and software is entering the full testing phase, they do not want to promise any date.

They will not be collecting orders until they are confident about when the miners can be delivered.

Join the Skycoin Telegram for discussion of the Skywire miner and network.

There will be 300 units available for purchase. When they are ready to take orders, a form on the website will allow you to register for one.

The price will be 1 BTC for 1 unit. Purchasers will receive:

The value and structure of the general network incentive reward is not yet specified. More information on this will be in a future release.