The biggest pre Initial Coin Offering (ICO) in history has concluded with the raising of $850 million according to a SEC filing by Telegram, the somewhat popular chat-app with around 100 million active monthly users.

The pre-ICO was limited to accredited investors only, targeting mainly traditional VCs, with the aim of raising $600 million, but demand pushed it to nearly one billion.

What this money will really be used for no one knows, probably not even Nikolai Durov, Telegram’s founder.  But some of it will go towards a new TON blockchain.

In a dense 132 pages whitepaper, Durov’s vision contains all the buzzwords. Sharding, payment channels, Lightning Network, and even blockchain squared. 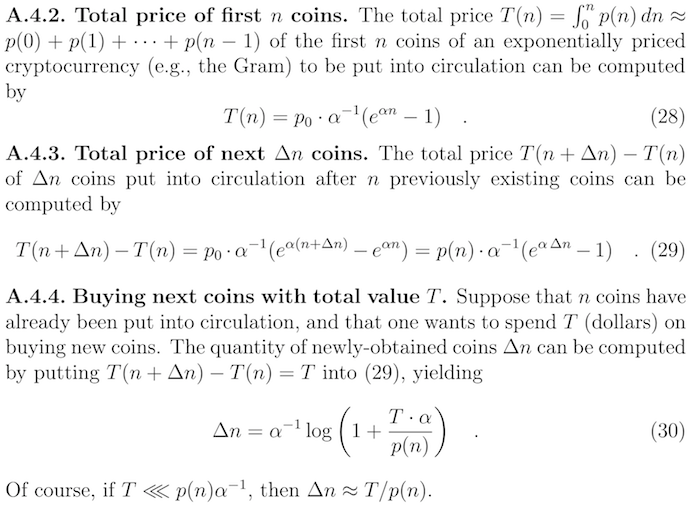 “Each block in a shardchain (and in the masterchain) is actually not just a block, but a small blockchain. Normally, this “block blockchain” or “vertical blockchain” consists of exactly one block, and then we might think this is just the corresponding block of the shardchain (also called “horizontal blockchain” in this situation).

However, if it becomes necessary to fix incorrect shardchain blocks, a new block is committed into the “vertical blockchain”, containing either the replacement for the invalid “horizontal blockchain” block, or a “block difference”, containing only a description of those parts of the previous version of this block that need to be changed,” the whitepaper says.

A block squared chain. The point of it? In fact, what’s the point of all of this? That, the whitepaper doesn’t quite say, but if it did we’d think it would say something like decentralizing telegram so that it can’t be censored.

Something which might have been interesting if it actually had said so, or if the whitepaper’s author had slightly more respect for the readers and offered them the courtesy of being concise. What abstract is this Durov?:

“The aim of this text is to provide a first description of the Telegram Open Network (TON) and related blockchain, peer-to-peer, distributed storage and service hosting technologies.

To reduce the size of this document to reasonable proportions, we focus mainly on the unique and defining features of the TON platform that are important for it to achieve its stated goals.”

And why is this whitepaper hidden in some Google drive? “Attention: Telegram publishes its official announcements only at https://telegram.org . Everything else is most likely scam,” Durov’s words. So is this whitepaper a scam? There is not one word about it on Telegram’s website from what we can see. Nor is there even a website.

In fact, we can’t even find an official announcement. All of this was seemingly broken by a video, with TechCrunch then stating they had spoken to numerous sources, but Durov wouldn’t speak to them.

“Sources say Durov has decided to combine both a centralized and decentralized infrastructure, since a totally decentralized network doesn’t scale as fast as one which has some elements of centralization,” they said at the time.

“While I was working at Telegram, cryptocurrencies, ICO, blockchain, etc were never discussed,” Anton Rozenberg, who left the company in April of last year, apparently said.

All of which shows they’re certainly good at marketing, but where substance is concerned, we are left slightly puzzled. Not that the general idea might not be fine, but this secretive behavior, bible throwing whitepaper, and the sheer amounts involved, does suggest few care about any of those aspects, and this is more of an equity sale in Telegram than an ICO.

And that it is limited to the very rich, the very well connected, who by the force of the discriminatory Securities Act get to participate first at rock bottom prices, with the rest to be dumped upon, should appall both the meritocratic right and the equality left.

Because the people are basically being shut out of the value creation process, except when it comes to creating value for the financiers alone, who dwell in the dark allies of google drives, media leaks, super professional video adverts “randomly” found, and all of it without SEC saying one word for it is the rich’s playground.