As cryptocurrency continues to grow, teams and individuals are working every day to bring new and exciting developments to fruition. One sector in which a number of teams are making progress is video gaming. Here are five of the most exciting cryptocurrency games slated to launch in the near future.

Augmentors is a monster breeding and battling game that takes place in an augmented reality setting, Bello Realm. Similar to CryptoKitties, players work to raise a collection of virtual characters. However, unlike the Ethereum-based game, players in Augmentors must train and battle monsters in order to grow and power them up. Additionally, players can collect and equip rare relics and items to further power up their beasts. All items and monsters are fully transferable and tradable between players. Augmentors is currently in exclusive alpha. The game uses a Counterparty (XCP) asset, Databits (DTB) as its native currency. Additionally, monsters and items are XCP assets similarly exchanged on top of the Bitcoin blockchain.

Sarutobi Island is the next manifestation of a growing list of cryptocurrency games under the Sarutobi name. Sarutobi Island is an adventure game where you play as the Sarutobi monkey, crash-landed on an unfamiliar island. From there, you work to complete quests with the aid of monsters summoned by combining Counterparty assets, such as Spells of Genesis cards and Rare Pepes.

The game is currently available for download, though only its first chapter can be played. Further chapters are being worked on by its creator, Mandel Duck. Special cards and monsters can be purchased to help fund the ongoing development. 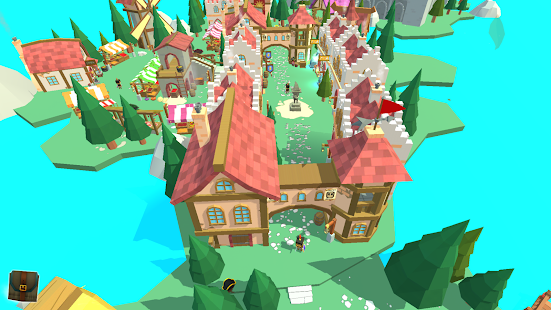 Rare Pepe Party is a Hearthstone-like trading card game (TCG) that utilizes Rare Pepe assets as cards in the deck. Players can trade Rare Pepes to create the optimal deck, as well as collect them through gameplay. In addition to multiplayer card battles, RPP will offer a single-player story mode where players compete against computers and receive Rare Pepe rewards.

The game has been in development for over a year, and the closed alpha will be released soon and made available to holders of the RAREPEPEPRTY card. This card is sold by the developers to fund progress. In addition to early access, card holders will receive dividends on booster pack purchases once the game is live.

Pixel Wars is the flagship title and cardinal penetration of mobile eSports by GNation. Pixel Wars is a mobile MMORPG where players fight monsters and other players to level up their characters, obtain better gear, and improve their skills. Pixel Wars is currently in beta, and it is exclusively available on GNation’s mobile app store. When the game is fully launched, it will incorporate the cryptocurrencies of GNation, GameCredits and MobileGO for players to trade items and wager with one another.

When launched, Pixel Wars will reap the benefits of a giant advertising fund, stored since last year’s MobileGO ICO. The launch will surely be exciting, as cryptocurrency aside, the game represents a genuinely fun and top-of-the-line mobile gaming experience.

Like prior Soccer Manager titles, gamers will manage athletes and work to grow and expand their audiences and stadiums. In Soccer Manager Crypto, every asset – from the game’s currency to players and stadiums – are entirely owned by gamers on the Chimaera blockchain and can be traded or transferred freely. This represents the first example of an immersive Play-to-Earn gaming experience. The game is poised to launch shortly after the Chimaera mainnet is released, following a crowdsale in Q2.