What does the Bitcoin Mining Council’s Report Mean for Crypto Going Forward? 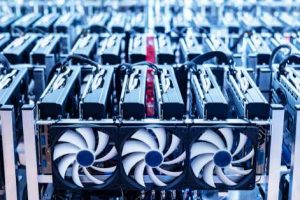 Bitcoin surges above $40k and looks bullish on the daily time frame, as a bullish divergence on the RSI indicator has been confirmed. Yesterday, the Bitcoin Mining Council released a report which highlighted mining efficiency rose by 63% YoY, with sustainable energy usage at 58%, marking the 4th quarter in a row above 50%. Furthermore, the network used 25% less energy YoY. These improvements are appealing for institutions who see environmental impact as one of the biggest reasons not to invest in Bitcoin.

Fidelity have advanced their support for mainstream adoption, as they will allow investors to put Bitcoin in their 401(k)s. Fidelity are the first major retirement-plan provider to do this, and I think it sends a significant message to pension providers – nobody wants to be first, but nobody wants to be last.

It has been confirmed that Elon Musk has bought Twitter for $44 billion. Musk highlighted the problem of bots which are prominent within crypto twitter. Musk said, “frankly, a top priority I have is to eliminate the spam and scam bots and the bot armies that are on Twitter. They make the product much worse. If I had a dogecoin for every crypto scam I saw, I would have a hundred billion dogecoin.”

It is unclear what Musk will do differently than what is already being done today to tackle the situation, but scam bots are clearly a key issue that are having a significant impact, so Musk will be under pressure to tackle this problem.

Dogecoin has risen by around 20% following the news surrounding Elon’s takeover. Speculators have been buying Dogecoin due to Elon’s obsession with the cryptocurrency, and hence the potential for Dogecoin to be given more utility on one of the biggest social media networks once Elon has official control of the company.