Home » Economy » There’s a $7.5b reason why the RBA is stalling on rate cuts

There’s a $7.5b reason why the RBA is stalling on rate cuts

The Commonwealth Bank has an answer to the riddle of why the Reserve Bank continues to baulk at cutting interest rates – and it’s the same reason why chief executive Matt Comyn is quite upbeat about the economy’s prospects after the election.

CBA analysis points to last month’s federal budget, which has promised a cash splash equivalent to that gifted by Kevin Rudd during the GFC. And much like during the 2009 Rudd stimulus, households will receive a lump sum. 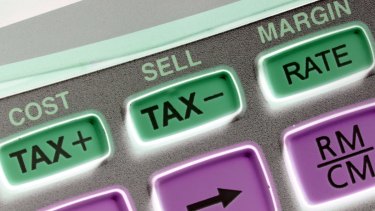 As good as a rate cut: Some $7.5 billion worth of tax rebates are about to come our way from July this year.Credit:Jim Rice

According to the author of the CBA report, Gareth Aird, the upcoming tax bonus that many households are set to receive has largely flown under the radar, and thus hasn’t yet fed into consumer confidence.

But it will be meaningful for consumers, and for the companies active in the discretionary retail sector.

The $7.5 billion worth of tax rebates about to come our way from July this year are the equivalent of a 0.5 per cent rate cut by the RBA – amounting to 0.6 percent of disposable income. And a similar amount will be delivered in the following year.

It certainly explains why the CBA has been the outlier on RBA rate cuts, predicting the central bank won’t move rates for another 18 months as opposed to most economists that are punting on a cut or two this year.

The budget tax cuts would apply to 10 million Australians, and be felt in their wallets from mid-July when they receive their tax returns.

In practice, it means that 4.5 million Australian taxpayers will receive $1,080 back after they lodge their 2018/19 tax returns (roughly double of what was promised in the May budget last year), according to the CBA report. A further 5.5 million households will receive between $255 and $1,080 each.

CBA draws on the 2009 cash splash to predict how consumers will respond to that fiscal stimulus – which is all but guaranteed no matter who wins the election on Saturday as both parties are backing it.

Just a history recap: The Rudd package provided a $900 single-income family bonus to 1.5 million families and a $950 per child back-to-school bonus to support 2.8 million children from 1.2 million low and middle income families.

The economic backdrop at the time was more parlous than it is today – the world economy was in turmoil and unemployment in Australia was on the rise. But the consumer response to the Rudd initiative was immediate. 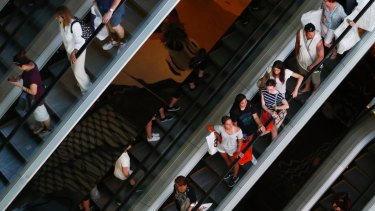 The effects of Rudd’s GFC stimulus on consumer spending were immediate.Credit:Daniel Munoz

During this period retailers in particular experienced a welcome uplift in sales, as did restaurants and even gaming companies. Consumers treated the Rudd stimulus like a windfall lottery win and spent it rather than paying off debt or adding it to savings.

Not surprisingly, over the ensuing five months sales softened again in line with the broader economy.

This time around, the CBA analyst expects the tax rebates will flow through to the economy and help lift the GDP in the second half of this year.

Whether the sugar hit lasts beyond this period remains to be seen. It didn’t in 2009, but back then the economy was softer.

And, of course, this round of stimulus is not a one-off. The tax cuts will be legislated, and continue.

Still, most of Mr Aird's have taken a more cautious view, with the bulk of economists predicting the RBA won't wait to see the effects of the tax rebate splash, and cut rates within the next three months – a double benefit for households, and retailers.