Federal treasurer Josh Frydenberg concedes the travel restrictions put in place to prevent the spread of the deadly coronavirus are hurting the economy.

But he says the decision to temporarily prevent visitors and students from mainland China entering Australia is based on the "best possible medical advice". 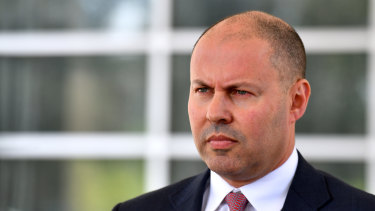 Treasurer Josh Frydenberg says the government based its travel ban on the “best possible medical advice”.Credit:AAP

"Our first obligation is to act in the national interest," Mr Frydenberg told reporters in Melbourne on Friday.

Opposition Leader Anthony Albanese backed the government's decision to extend the travel ban for another week, despite it raising the wrath of the Chinese embassy in Australia.

"The first priority must be to keep people safe," Mr Albanese told reporters in Sydney.

Tourism and the university sector have been hit by the travel ban, which has been running for almost two weeks. 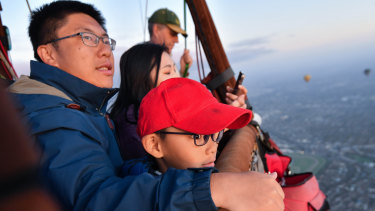 Like the university sector, tourism has also been hit hard by the travel ban, which has been running for almost two weeks.Credit:Joe Armao

"These travel restrictions are impacting our economy and those two sectors, as well as more broadly," Mr Frydenberg said.

Education Minister Dan Tehan said the university semester starts in two to three weeks and universities would be making their own decisions on what is best for their students.

Asked if there would be any compensation for universities, Mr Tehan told reporters: "This isn't something the government is considering."

"We're doing everything we can to look after those Chinese students who can't travel at the moment."

From Friday, foreign nationals who have been in mainland China will not be allowed to enter Australia for 14 days from the time they left.

The Chinese embassy says the ban is "extreme" and should be lifted, given the World Health Organisation has not recommended travel or trade restrictions on China.

"We express our deep regret and dissatisfaction over the Australian government's announcement," a spokesman said in a statement.

Australia's Deputy Chief Medical Officer, Paul Kelly, admits it is a big decision to have a travel ban. 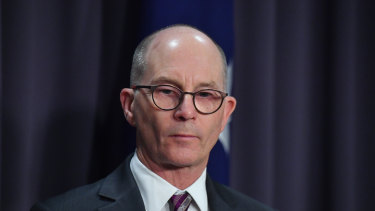 "It's something that wasn't taken lightly … we think it is the most appropriate thing to do," he told Sky News.

Asked what the likelihood was of the ban being lifted next week, Professor Kelly said: "A week is a very long time in this outbreak."

The National Union of Students has called on the government to lift the ban, saying it discriminates against international students and fails to account for the effects on higher education and student welfare.

"NUS is concerned with the levels of support universities and government are giving to those students affected," NUS president Molly Willmott said in a statement on Friday.

The director of the Migrant Workers Centre, Matt Kunkel, said extending the ban was disastrous for migrant workers who were unable to come back to their jobs, studies, families and homes in Australia.

Meanwhile, the Australian banking industry is offering deferred loan payments, waiving fees and restructuring loans to small businesses affected by the virus – coming as it does on top of a summer of drought, bushfires and floods.

There are now more than 60,000 confirmed cases of the virus – most of them in Hubei province, where it was first detected – and 1357 people have died.

Of the 15 cases in Australia, six have been cleared and the remaining nine are all stable.

No quarantined Australians at Christmas Island and Darwin have tested positive for the virus, with the first group of evacuees due to return home on Monday.

"The ABF is currently making arrangements to transfer those who have been quarantined on Christmas Island once they have been medically cleared," an ABF spokesman told AAP.

"The government will continue to provide routine updates when appropriate."

Meanwhile, an Australian public health expert is being sent to Japan to look at the handling of the Diamond Princess cruise ship's quarantine process and provide advice to the government.

More than 200 Australians are passengers on the ship, with 11 of them treated onshore after testing positive for the virus.

Beyond NextEra\/Duke Hopes, Warren Buffett and Other Utilities Deserve Consideration

Near-zero interest rates may be needed for up to 3 years, says Dallas Fed's Robert Kaplan