How to Mine Ethereum on Windows with Computer’s GPUs

There are several requirements in mining Ethereum with the desktop computer provided it has a dedicated.GPU or graphic card. Latest models of AMD or NVDIA can offer very good results. These cards can be plugged into the Peripheral Component Interconnect Express (PCI-E) slots on the PC motherboard. Make sure the graphics card has 2 (Gigabytes) GB+ of memory so it can handle the Directed Acrylic Graph (DAG) file.

You can also mine Ethereum with the Central Processing Unit (CPU) alone but you may earn little reward with this approach. Also, the computer’s Random Access Memory (RAM) should be a minimum of 8 GB. There could be problems if RAP is below this figure. Stable Internet connection is necessary to get the best benefits from mining round the clock. It will be detrimental if the network or router is shut down during the night. Power savings settings are also essential to ensure the PC is configured not to go off. 2/7 settings are crucial to positive mining results.

The computer must be in a room where the temperature is low. Extreme heat can affect mining adversely. Risk of fire is greater with the PC running harder average operations and speed that can cause overheating. Majority of professional miners use computer rigs so the PC will run faster.

Mining within the Ethereum network is the fastest and perhaps most straightforward technique to obtain Ether. If you use Ether to mine GPUs, two programs are required. 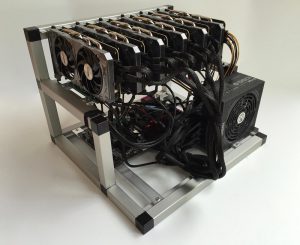 To install Ethminer, there are several steps needed to build the program coming from a source:

The rest is a series of steps that you need to accomplish until the Ethminer is ready to use and you can run ethminer.exe. However, you also need to install and run Geth which consists of another lengthy process.

With more time and resources, it is possible to build a bigger Ethereum mining rig rather than use the PC. There is an Ethereum forum that publishes numerous posts on building mining rigs little by little.

Mining Ether coins can be an issue especially during the initial stages. It is quite complicated for start-up users even if there is an available guide. There is always the challenge when the mining pool rejects your connections.  For example, the Ethereum pool ceases to accept new miners that results in their connections being refused while old miners are still able to use the mining pool.

What is the problem with this? The ethpool is the only Ethereum pool. Hence, the only option is to mine on your own. Miners can check out the Guide entitled, “Solo GPU Mining Ethereum on Windows.” The risk is higher with this method but rewards can also increase if the miner is lucky enough.

The Latest on Ether

The virtual currency on the Ethereum Blockchain emerged as the second-biggest crypto currency that maintains collective value of approximately $US1 billion. It follows the Bitcoin with market with roughly $US10.5 billion. Consumers can purchase ether in the open marketplace for at least $US11.50 for every ETH.

Others choose to mine Ether using their PC’s power to confirm transactions on said Blockchain. These miners get rewards of ether blocks. At present, the reward is 5 ETH for one block. On the average, one block can be located once for every 12 seconds. Bitcoin miners adopt the special hardware called ASIC (chips) to address the problem of mining algorithm. Yet, the mining algorithm of Ethereum is impervious to ASIC which entails computer memory and processing power. At the same time, Ethereum must move away from Proof of Work and Proof of Stake. At this point, mining is replaced by stakers rewarded for storing quantities of ether.

Successful miners of winning blocks get the following: 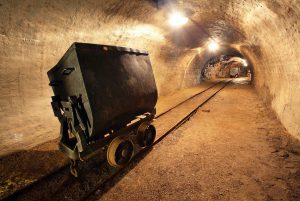 Gas consumed by performing all transactions in said block and submitted by winning miners is paid by senders for every transaction. Success will depend on the intricacy of the set block.

Ether is obtained through indirect mining using the cloud or direct mining through the personal computer. Again, the beneficial alternative is to go for pool mining just like in mining of other virtual currencies. The process will remain complex but you can be successful by following these instructions.