Litecoin price traded higher and tested the $165 resistance against the US Dollar. LTC/USD found sellers and is currently trading lower towards $145.

Yesterday, we discussed that litecoin price could trade above the $150 level against the US dollar. The LTC/USD pair even traded above the $160 resistance, but it was not able to retain momentum above the stated level. 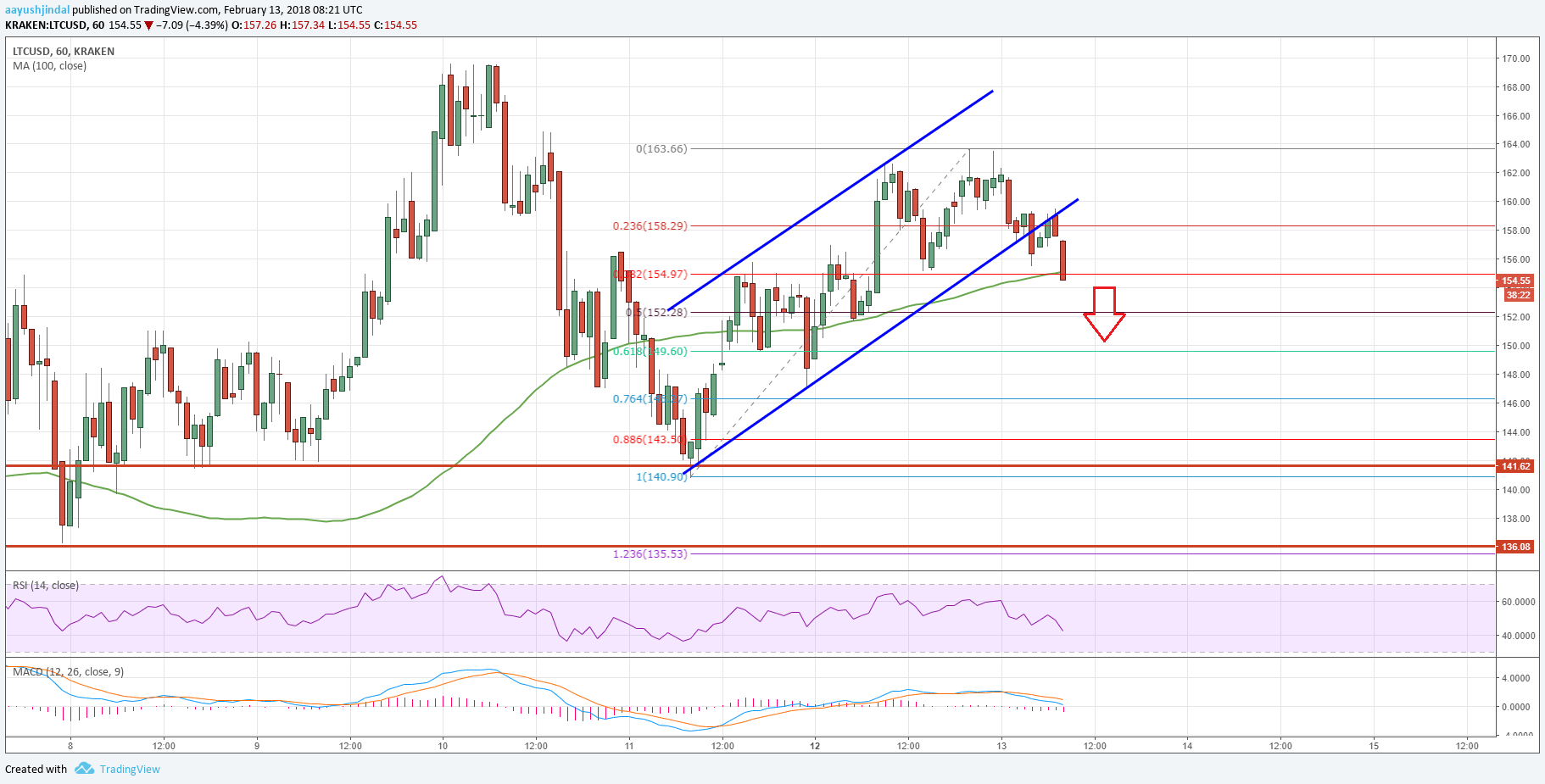 The most important break was below an ascending channel with support at $158 on the hourly chart of the LTC/USD pair. It has opened the doors a fresh downside wave from $163.66.

The pair is currently trading near the $155 level and the 100 hourly simple moving average. It could soon break the $150 level and trade further lower. An immediate support is around the 50% Fib retracement level of the last wave from the $140.90 low to $163.66 high.

However, if the recent break is true, there is a chance that litecoin price may retest the $145 support level. Below the $140 support, the price could even retest the last swing low of $140.90, which is a major support area.