Litecoin price extended gains above the $200 level against the US Dollar. LTC/USD is placed nicely above the $220 level for more gains.

In the last analysis, we saw how litecoin price broke a major resistance near $165 and $180 against the US dollar. The LTC/USD pair gained further upside momentum and it was able to move above the $200 and $220 resistance levels.

The upside move was strong as the price moved above the $230 level and formed a high at $236.73. The current bias is positive since the price is now well above the $200 level and the 100 hourly simple moving average. 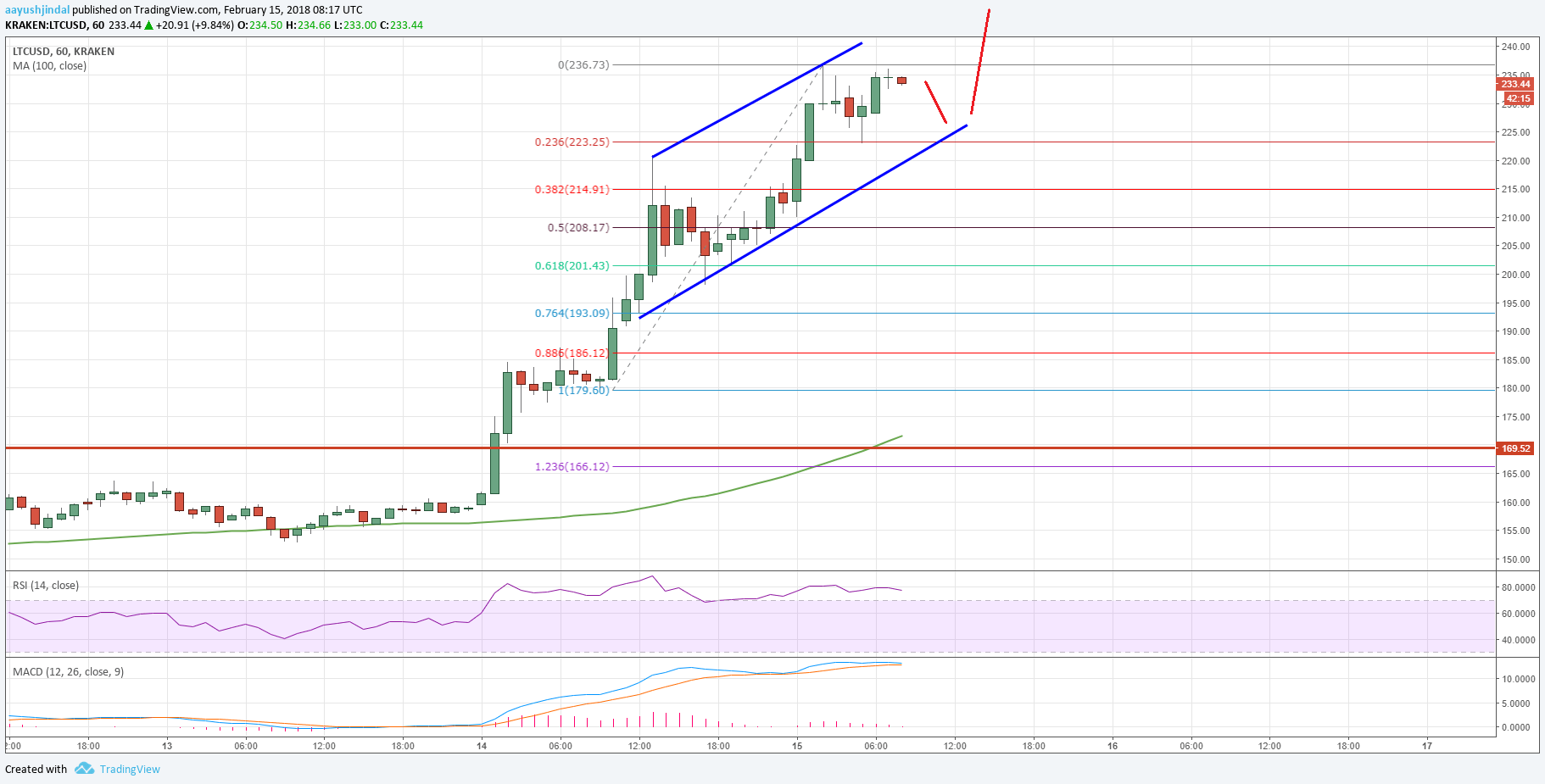 On the downside, an initial support is around the 23.6% Fib retracement level of the last wave from the $179.60 low to $236.73 high. It seems like there is a rising channel forming with support at $225 on the hourly chart of the LTC/USD pair.

On the upside, the price may soon break the $235 level and trade further higher. Above $235, the next stop for buyers could be around the $250 level, which is a major hurdle for more gains.

ECB should have DLT wholesale settlements when the market wants it, official says