Bitcoin Price Manages to Keep Above $900

Some support seems to have started forming around $900 levels as BTC/USD markets managed to move away from the volatility that plagued the last few trading sessions. Bitcoin rates stayed above $900 for the entirety of the trading session, reaching the low of $901 but triggering a swift recovery.

Bitcoin prices seem to have settled within a very certain price range and while charts don’t make it seem like the market is currently going through a sideways trading trend the lack of movement in either direction compared to previous trading sessions certainly makes the current period feel like one.

As seen in the above Bitfinex BTC/USD chart, a recent upward spike that tried to break the ice of what seemed like a brief sideways trend was met with an overall unexciting response. Bitcoin rates simply recovered closer to previous levels. 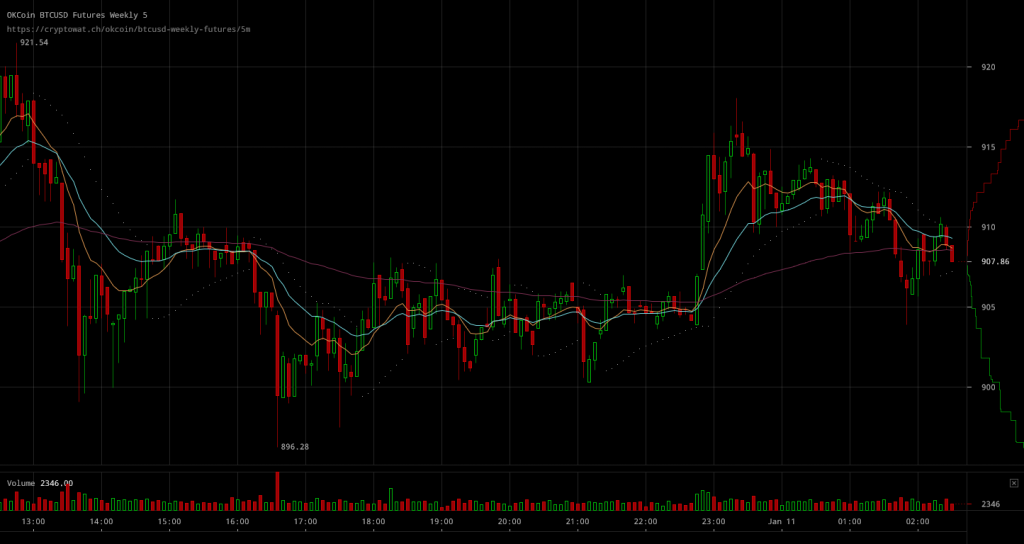 OKCoin BTC/USD weekly futures charts have gone back at being seemingly indecisive as at some points futures traders appear to have once again exaggerated the market’s bearish mood, by dropping futures rates even lower than live BTC/USD markets at the times.

In general, the markets seems to be divided at the moment. While no signal seems to be pointing at either direction, the lack of optimistic signals is probably leading many traders to believe that bitcoin rates could only go back at their previous state, falling. The following trading sessions could be detrimental for this, as the appearance (or lack of thereof) of a breakthrough could show the path BTC/USD are going to follow.