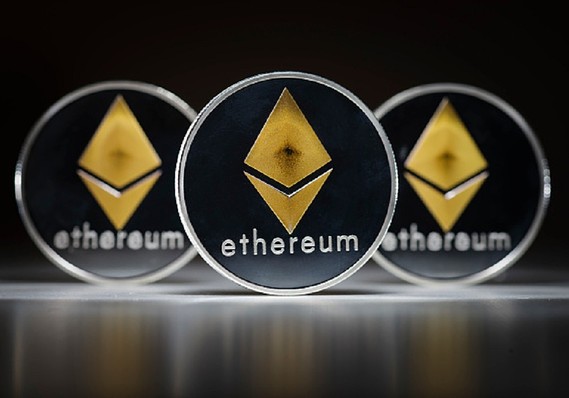 “The declining overall market cap is a reflection that people are withdrawing capital from the space,” said Craig Erlam, senior market analyst at Oanda.

“After steadying we are not seeing the same optimism as before and the path of least resistance is lower not higher.”

The fall in bitcoin has wiped out many short- and long-term support levels. In addition, each relief rally has met resistance at key moving averages. The current selloff has bitcoin is nearing a further long-term trendline that, if broken, could leave it vulnerable for to retest the Feb. 6 lower under $6,000. 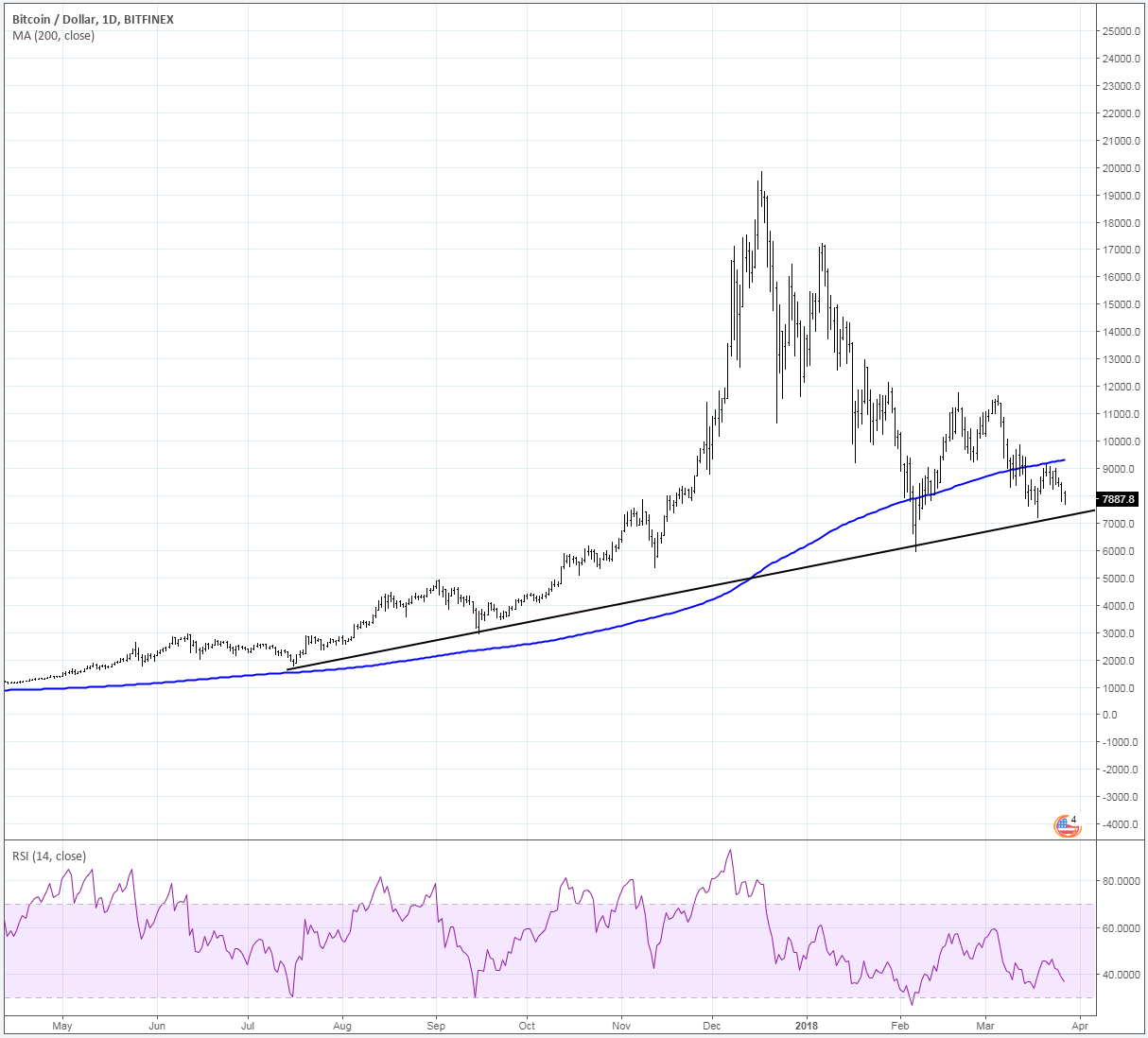 Moreover, since testing the 200-day moving average on March 21, bitcoin has fallen nearly 15% and is on track for its fourth consecutive losing day. A breach of that trend line could spell further danger for crypto traders.

The big loser among major cryptocurrencies continues to be ether. The smart-contract currency has failed to stabilize and overnight reached its lowest level since Dec. 11. ether is down 6.5% on the day, trading at $458.09. Ether is now down more than 30% year-to-date.

CryptoWatch: Check bitcoin and other cryptocurrency prices, performance and market capitalization—all on one dashboard