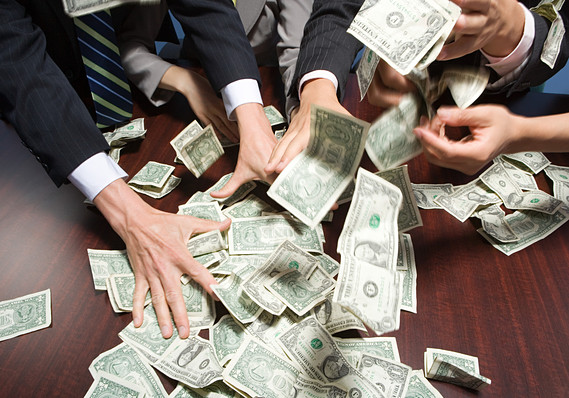 The first quarter was horrible for cryptocurrency investors—there’s no other way to describe it.

The No.1 digital currency, bitcoinBTCUSD, -5.95% opened the year above $14,000, not terribly far off the all-time high of $19,694.69 reached on Dec. 17, 2017. After making another run higher in the first week of the year, it came to an abrupt halt and began what was a sustained fall, probably best described as a plummet.

Bitcoin’s fall from its all-time high on Dec. 17 was 70%, making it one of the largest declines for bitcoin since 2010.

Q1 also saw the total value of all cryptocurrencies fall from $618 billion to below $300 billion. 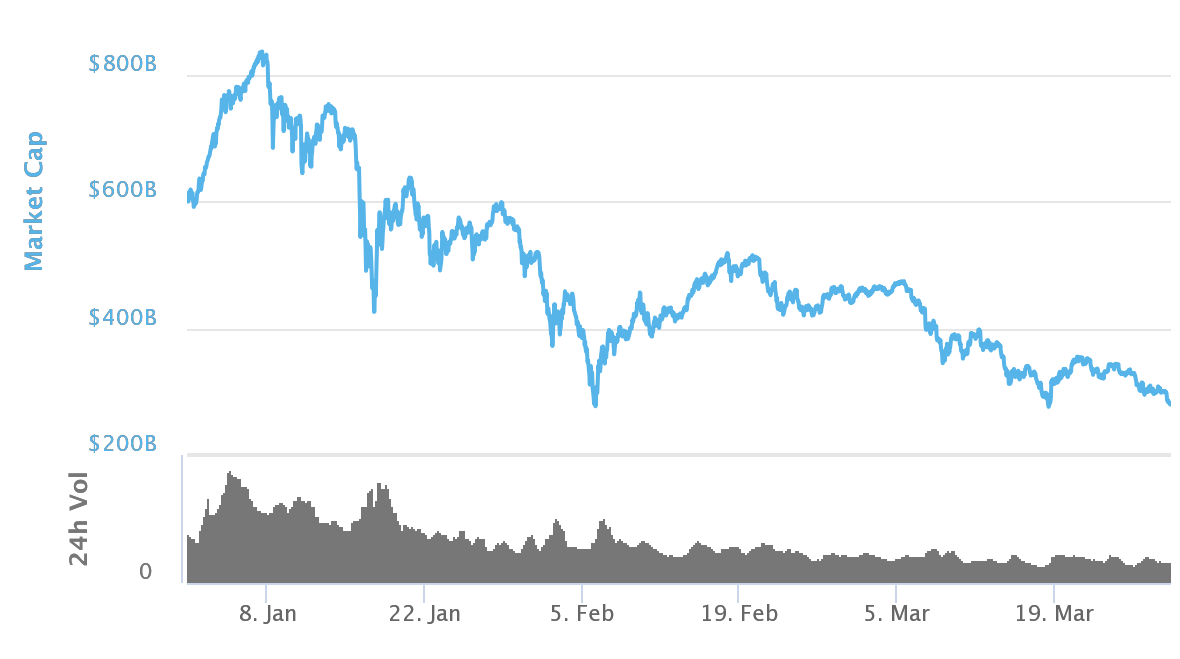 Of the 10 biggest cryptocurrencies by market-cap according to CoinMarketCap, not a single one had a winning quarter. In fact, the best performing coin was NEO, which lost 24.9%. Bitcoin, the No.1 digital currency was lower by 43.6%. Cardano was the worst performer, losing 77.7% of its value.

Note: figures are based on March 28 closing prices. 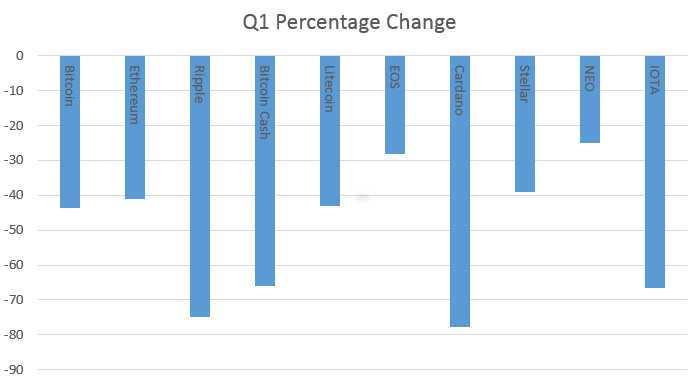 As always, price estimates for the No. 1 digital currency were wide-ranging.

The Winklevoss twins continued to up their target, at one point saying the price of bitcoin could one day top $300,000. Alongside them, Fundstrat’s Thomas Lee kept his year-end price target at $25,000.

Read: ‘Bull, bear, purgatory, repeat’—This chart of cryptocurrency cycles shows the carnage may be over for now

Deutsche Bank too remained wary, suggesting that the ceiling for bitcoin is not as high as many proclaim.

“Ultimately, bitcoin is an alternative means of payment which has advantages and disadvantages in comparison to traditional banking. Bitcoin will probably fill a niche, at least in the short term,” said Deutsche Bank in a research note.

See: Be thankful for bitcoin, even if you think it’s a scam