TiwgetWit Group has appointed industry veteran Tim Hughes as CEO, the company officially confirmed today. The hire comes just over a month after the firm announced the acquisition of Mercor Index, a company started by Simon Denham.

After about thirteen years at IG Group, Mr Hughes joins at the helm of TigerWit Limited, the new name of Mercor Index after the acquisition of the company. The founder of the firm, Simon Denham is becoming Chief Risk Officer (CRO).

Tim Hughes has extensive experience in the industry after becoming Managing Director at IG, before leaving to set up his own compliance consultancy ionStar. 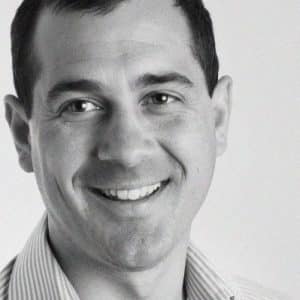 While working at one of the largest retail brokerages in the world, Mr Hughes was responsible for the whole retail sales function. Leading a team of 70 people, he later also took charge of institutional sales, marketing, PR and events in the UK and Ireland.

“I have been working very closely with the team at TigerWit for over a year and I am delighted to be taking on the position of CEO at the group’s UK entity. Having worked at a market leading company such as IG, I was an integral part of how online trading changed the way we invest,” Mr. Hughes explains.

“TigerWit is full of technical innovators and we have some very exciting plans for the future that we believe will further transform our industry to the benefit of traders and investors. I very much look forward to building the business with them,” The new CEO of TigerWit Limited added.

The new role of Simon Denham as CRO is focussing his efforts on managing the market risk across the TigerWit Group and overseeing the development of the firm’s global risk monitoring system.

Mr. Denham has extensive industry experience after co-founding Capital Spreads, part of LCG, where he was also CEO. During his tenure in the industry, he has been overseeing the development of a number of multi-asset trading offerings and platforms. He was instrumental in innovating TimeToTrade, the platform that was the development of Mercor Index, which is now TigerWit Limited after the acquisition deal announced in January.