Andrew McCarthy: Taliban terrorists have no place at Camp David 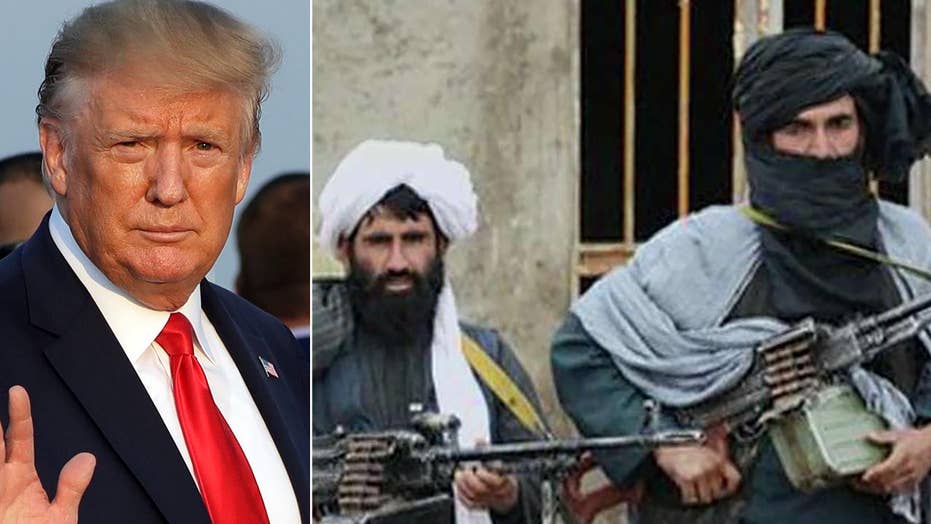 Peace deal dead between US and Taliban

“The Taliban, per se, is not our enemy.” Thus spoke Joe Biden, Obama administration vice president and resident foreign affairs solon. It was 2011 and the administration was rationalizing its desperation to negotiate its way out of Afghanistan, where we then had about 30,000 troops. It was nothing new.

Hamid Karzai, president of the fledgling Afghan government propped up by the Bush administration after the Taliban’s ouster, had been seeking negotiations for years … only to be spurned by the Taliban.

Of course, the Taliban did not get to weigh in on Biden’s babble. If they had, they would surely have said bluntly what they have demonstrated blatantly for 20 years: They are absolutely our enemy, not just per se but in aeternum.

If, as he stated in a Saturday Twitter thread, President Trump actually was planning to host Taliban leaders at Camp David this past weekend for what he and the administration describe as “peace talks,” that boggles the mind.

The Taliban terrorists do not wish to hold “peace talks” with us. As shown by the humiliating negotiations that the Trump administration’s emissary has been conducting in Qatar, the Taliban wish, at best, to chat about the terms of our surrender — i.e., about how willing they may be to let the president’s determination to withdraw our troops look like an honorable armistice rather than a case of our being chased out of their country.

Allowing their leaders into our country — into Camp David for an audience with the president — would be every bit as outrageous as President Obama’s release of five Taliban commanders from Guantanamo Bay (in exchange for deserter Bowe Bergdahl, no less).

It would be every bit as outrageous as the Obama administration’s issuance of a visa to Hani Nour Eldin — a member of an Egyptian terrorist organization that, like the Taliban, conspires with al Qaeda to kill Americans — so he could come to Washington for talks about post-Mubarak Cairo.

President Trump now says he has rolled back up the red carpet initially laid out for these jihadists. He withdrew the invitation, he says, because of an attack last week in which the Taliban killed a U.S. soldier, in addition to a member of our allied forces (a Romanian soldier), and 10 other people, while wounding scores of others.

But why was yet another Taliban atrocity necessary to put the president on notice of what we’re dealing with? It wasn’t even the Taliban’s first attack of that week.