Israeli Prime Minister Benjamin Netanyahu on Tuesday was rushed off the stage during an election campaign rally after sirens began blaring indicating that a rocket had just been launched in the region.

In a video posted to Twitter by Kahn News reporter Amichai Stein, Netanyahu is seen being whisked away by his security detail during a campaign speech in the coastal city of Ashdod, which is located about 30 kilometers (18 miles) from the northern border of the Gaza Strip.

In another clip posted by Stein, security guards direct Netanyahu out of the room as crowds chant “Bibi! Bibi,” an affectionate nickname often used by his supporters.

Rocket sirens are common in communities which border the Gaza Strip, and many public event spaces and private homes in Israel have shelters used during apparent rocket scares.

Netanyahu was unharmed. Shortly after the incident, he tweeted photos from the rally, along with the caption: “Residents of Ashdod, I love you!”

Hours later, the IDFsaid it responded to the missile launch with airstrikes on 15 targets in the Gaza Strip including what it claimed was a weapons manufacturing site and a Hamas “terror tunnel.”

Haaretz reported that Israel also carried out several airstrikes near the city of Deir al Balah in central Gaza, in addition to striking along the northern border.

Netanyahu says Israel will annex parts of the West Bank 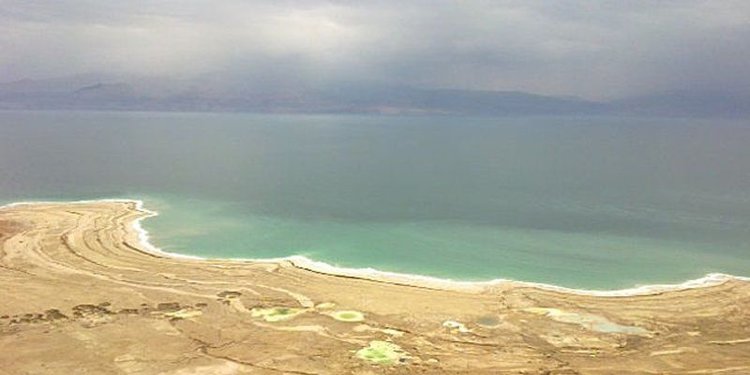 The incident follows an announcement made earlier in the day, in which Netanyahu said Israel would annex portions of the West Bank if he is reelected. Hefailed to form a coalition government in May, forcing Israel into unprecedented snap elections slated for September 17.

Read more: Israel has been plunged into political chaos after Netanyahu failed to form a government — and experts say this could be the end of the line for him

Netanyahu said at apress conference on Tuesday that he would apply Israeli sovereignty to parts of the Jordan Valley and northern Dead Sea. The specific portion of land runs along the Jordan River, and would be the first time in decades that Israel has annexed territory in the disputed West Bank region.

“We haven’t had this kind of opportunity since the Six-Day War, and may not have it again for another 50 years,” he said of the plan.

“This is our essential safety belt in the east. This is the eastern defensive wall.”

Israel captured the Jordan Valley during the Six-Day War in 1967, and has since controlled the area. The area is home to dozens of Israeli settlements, though much of the international community considers the area to be illegally occupied by Israel.

Critics say the move could be damaging to the ongoing peace process in the region.

UN Secretary-General Antonio Guterressaid in a statement that the move is “not helpful to the peace process” and is “is without international legal effect.”

Arab leaders meeting in Cairoalso denounced the plan, calling it “a dangerous development and a new Israeli aggression.”

“The league regards these statements as undermining the chances of any progress in the peace process and will torpedo all its foundations,” the Arab League said.

“BOB” a New Blockchain Phone on the Horizon by PundiX