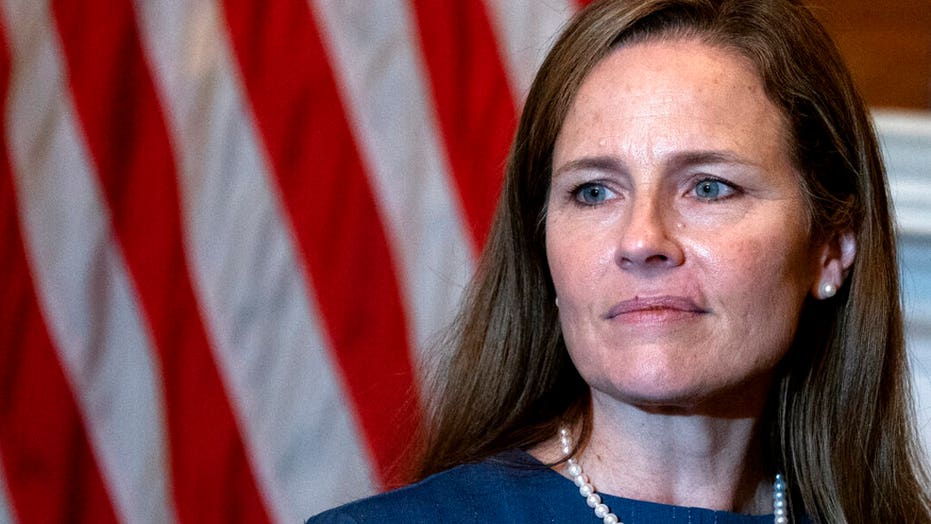 Former Vice President Joe Biden indicated on Monday that he might be open to shifting Supreme Court justices to lower courts if elected president, noting that he hadn't made any "judgement" yet on the issue.

“There is some literature among constitutional scholars about the possibility of going from one court to another court, not just always staying the whole time in the Supreme Court but I have made no judgement," Biden said at a campaign stop in Chester, Pennsylvania.

He went on to say that "there are just a group of serious constitutional scholars, have a number of ideas how we should proceed from this point on."

"That's what we're going to be doing. We're going to give them 180 days God-willing if I'm elected, from the time I'm sworn in to be able to make such a recommendation."

Barrett's nomination prompted a series of questions surrounding the institution of the Supreme Court, as Democrats accused Republicans of hypocritically supporting Barrett's nomination after opposing that of Judge Merrick Garland's in 2016. After Democratic senators indicated that they were willing to take extraordinary measures in response to Barrett's would-be confirmation, Biden repeatedly declined to say whether he would expand the number of justices.

The Biden campaign did not immediately respond to Fox News' request for comment. Biden's answer came after a question about whether he would support term limits for justices.

"No, no, no … it's a lifetime appointment. I'm not going to attempt to change that at all," Biden said.

Jeremy Dys, Special Counsel at First Liberty, a religious liberty-focused nonprofit, told Fox News that if Biden rotated justices, he would be further politicizing the court.

“Rotating justices and tinkering with the way the court has been composed for 156 years is just ‘court-packing’ by another name," Dys said.