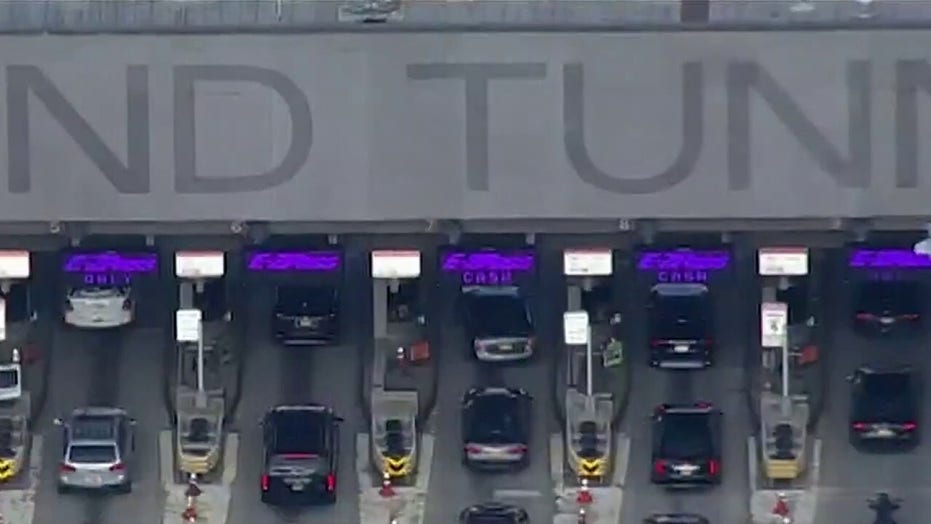 With the daily number of coronavirus cases in the United States still hovering at about 50,000 and American deaths from the disease approaching 160,000, cities across the country are taking increasingly severe measures to force the curve of the outbreak downward – including power shutoffs, fines and more.

In perhaps the most striking example of a city's coronavirus response, Los Angeles sent police to a large house party in the Beverly Crest neighborhood after complaints from neighbors about the number of people there. CBSLA sent a news chopper — the kind normally used to document high-speed car chases — to relay video of the party from above. Police cited and impounded some of the cars in the area, CBSLA reported, but determined there were no noise violations and left. There was later a shooting at the party, which prompted even more scrutiny of the incident.

In response, Los Angeles Mayor Eric Garcetti announced Wednesday that private residences that repeatedly host large gatherings will have their power and water shut off, according to FOX 11 Los Angeles

"These large house parties have essentially become nightclubs in the hills,” he said. “These large parties are unsafe and can cost Angelenos their lives."

Outside of private homes, Los Angeles is cracking down hard on businesses potentially in violation of the city's public health restrictions. A July 23 news release outlined the city's actions, including shutting down 26 restaurants, a grocery store, a pool and 67 other businesses for health order violations.

"Beginning at the end of August, fines will be issued to businesses that are non-compliant that can range from $100 for the first offense to $500 and a 30 day permit suspension for multiple offenses. This includes businesses licensed and permitted by the department and those that are not," the city's public health department said.

Los Angeles itself — despite efforts by one politician, according to the Los Angeles Times — does not have a fine system for individuals not wearing masks yet. But many other jurisdictions in Southern California do, according to FOX 11 Los Angeles. In Beverly Hills, not wearing a mask will cost you $100 for the first offense, $200 for the second and $500 for the third. Calabasas will also fine those who are maskless in public

Mask fines are gaining popularity outside of California as well. Houston Mayor Sylvester Turner on Monday announced that his city will slap $250 fines on people going maskless in his city. And the entire state of New Mexico is subject to a $100 fine for not wearing a mask, something the New Mexico Supreme Court upheld just this week, according to KRQE. Washington, D.C. is doling out fines up to $1,000.

But cities' coronavirus measures go beyond that. Many places, including Washington, D.C., Chicago, New York City and others now have rules requiring people coming from coronavirus hotspots to self-quarantine for 14 days after their arrival. In Chicago, this is communicated by ubiquitous variable-message road signs above the highway warning travelers that if they are arriving from a place with elevated coronavirus case counts, they are not welcome until they isolate for 14 days.

According to the Chicago Tribune, this is enforced with fines of between $100 and $500, per day.

New York is taking a more direct approach, setting up checkpoints at many of the city's entry points, using the sheriff's office to stop travelers and, if they are coming from one of 35 jurisdictions that are in New York's mandatory quarantine list, having them fill out a "traveler form."

"The checkpoints I think are going to send a very powerful message that this quarantine law is serious and important and crucial and people have to follow it," New York City Mayor Bill de Blasio said.

The information required by the form includes what states travelers have been to recently and when, the address of where they are going, how long they plan to stay there, how they are traveling into New York, birth date, gender, name and whether they are bringing children with them.

According to The New York Times, the checkpoints almost certainly will not be set up at every entrance to the city and not every traveler will be stopped – city sheriff Joseph Fucito told the paper cars will be stopped randomly.

With parts of the country apparently backsliding in containment of the coronavirus, it's unclear when such orders and enforcement measures might be rescinded without the widespread administration of a yet-to-be-developed vaccine. Dr. Anthony Fauci, the nation's top epidemiologist, agreed on CNBC Wednesday that the U.S. has the worst coronavirus outbreak in the world, saying, "the numbers don't lie."

Officials, including Fauci, have stressed that widespread mask-wearing by Americans, along with social distancing and good hand hygiene, is the best way to open the economy while keeping people at least somewhat safe as the country waits for scientific developments that can help put the coronavirus, at least partially, in the rearview mirror.