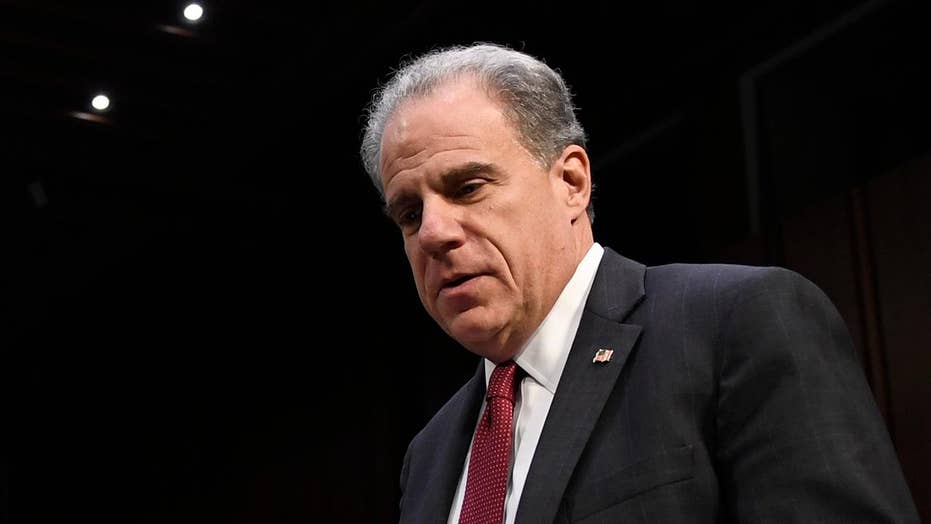 Reaction and analysis from Fox News contributors Mollie Hemingway and John Solomon on ‘The Ingraham Angle.’

Inspector General Michael Horowitz's long-awaited report this week on FBI and Justice Department surveillance abuses does not provide the name of an unidentified FBI supervisory special agent (SSA) who made a series of apparent oversights in the bureau's so-called "Crossfire Hurricane" probe into the Trump campaign.

However, a review of Horowitz's findings leaves little doubt that the unnamed SSA is Joe Pientka — someone who could soon play a prominent role in the ongoing prosecution of Michael Flynn, as the former Trump national security adviser fights to overturn his guilty plea on a single charge of making false statements.

Specifically, Horowitz's report states that "SSA 1" was one of the FBI agents to interview Flynn at the White House on Jan. 24, 2017, in a seemingly casual conversation that would later form the basis for his criminal prosecution.

It was previously reported that the interviewing agents were Peter Strzok, who was later fired by the FBI for misconduct and anti-Trump bias, and Pientka, whom Strzok previously identified as his notetaker for the Flynn interview. Flynn's attorney has also mentioned Pientka's role during past court proceedings. Of the two agents, only Strzok is openly named in the Horowitz report, which strongly indicates that the other is Pientka.

Page has not been charged with any wrongdoing, even though the FBI flatly called him a foreign "agent" in its surveillance warrant application. And former Special Counsel Robert Mueller's Russia investigation, which concluded earlier this year, found no evidence that the Trump campaign had engaged in a criminal conspiracy with Russians to influence the 2016 election, despite multiple outreach efforts by Russian actors.

On Aug. 1, 2016,  just after the official inception of the FBI’s investigation into the Trump campaign, Strzok and Pientka traveled overseas to meet with the Australian officials who had spoken with Trump adviser George Papadopoulos in May of that year. The officials had overhead Papadopoulos mention his now-infamous conversation with Joseph Mifsud about suggestions of potential Russian leaks of Hillary Clinton’s emails, apparently touching off what would become the Russia probe.

Pientka was given a supervisory role on the Crossfire Hurricane team, overseeing agents and reporting directly to Strzok. The special agent created the electronic sub-file to which the Steele reports would be uploaded and, according to Horowitz, these reports were used to support the probable cause in the Page FISA applications.

Then, on Sept. 23, 2016, Yahoo News published an article describing U.S. government efforts to determine whether Page was in communication with Kremlin officials. The article seemed to closely track information from one of Steele’s reports. As a result, one FBI case agent who reported to Pientka believed Steele was the source, according to Horowitz.

Pientka apparently thought the same, as his notes from a Sept. 30, 2016, meeting said: “Control issues — reports acknowledged in Yahoo News.” When questioned by Horowitz's office, the agent explained he was concerned — but not sure — that Steele was the Yahoo News source.

The drafts of the Page FISA application, however, tell a different story. Horowitz found that until Oct. 14, 2016, drafts state that Steele was responsible for the leak that led to the Yahoo News article. One draft specifically states that Steele “was acting on his/her own volition and has since been admonished by the FBI.”

These assertions, which could have pointed to political motivations by their source soon before the 2016 presidential election, were changed to the following: Steele’s “business associate or the law firm that hired the business associate likely provided this information to the press.”

Horowitz found no facts to support this assessment. 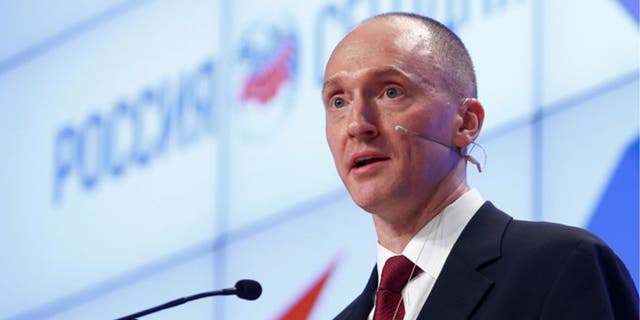 Former Trump adviser Carter Page was falsely accused of being a "foreign agent" in the FBI’s secret surveillance warrant.

And, even after receiving “additional information about Steele’s media contacts, the Crossfire Hurricane team did not change the language in any of the three renewal applications regarding the FBI’s assessment of Steele’s role in the September 23 article," Horowitz found.

On Oct. 11, 2016, Steele met with then-State Department official Jonathan Winer and Deputy Assistant Secretary Kathleen Kavalec. Steele informed Kavalec that a Russian cyber-hacking operation targeting the 2016 U.S. elections was paying the culprits from “the Russian Consulate in Miami.” Kavalec later met with an FBI liaison and explained to them that Russia did not have a consulate in Miami. "SSA 1" was informed of Steele’s incorrect claim about the Russian Consulate on Nov. 18, 2016, but the FISA court was never provided this information, according to the IG report.

Additionally, the agent was aware of Page’s denials to an FBI confidential human source (CHS) that he knew Russian officials Igor Sechin and Igor Divyekin – officials that Steele alleged Page had secret meetings with in Moscow in July 2016. In fact, Horowitz found that SSA 1 “knew as of October 17 that Page denied ever knowing Divyekin."

SSA 1 also had the responsibility for “confirming that the Woods File was complete and for double-checking the factual accuracy review to confirm that the file contained appropriate documentation for each of the factual assertions in the FISA application," according to Horowitz.

But Horowitz found numerous instances “in which factual assertions relied upon in the first FISA application targeting Carter Page were inaccurate, incomplete or unsupported by appropriate documentation, based upon information the FBI had in its possession at the time the application was filed."

In particular, the FBI misled the FISC by asserting that Steele’s prior reporting "has been corroborated and used in criminal proceedings.” Horowitz's review found there was no documentation to support this statement; Pientka told Horowitz they “speculated.”

Pientka was also aware that Steele had relayed his information to officials at the State Department, and he had documentation showing Steele had told the team he provided the reports to his contacts at the State Department. Despite this, the FISC was informed that Steele told the FBI he “only provided this information to the business associate and the FBI.”

After Steele was terminated as an FBI source for leaking to the media, there was a meeting with Crossfire Hurricane team members and Justice Department official Bruce Ohr, whose wife had been hired by Steele employer Fusion GPS. Pientka told Horowitz that Ohr likely left the meeting with the impression that he should contact the FBI if Steele contacted him; Ohr told Horowitz that Pientka became his initial point of contact when relaying Steele’s information to the FBI.

The FBI's probe into Flynn was opened Aug. 16, 2017, and Pientka was selected to provide an Aug. 17, 2017, FBI security briefing to the Trump campaign once the FBI was informed that Flynn would be in attendance. According to Pientka, the briefing gave him “the opportunity to gain assessment and possibly have some level of familiarity” with Flynn. He was there to “record” anything “specific to Russia or anything specific to our investigation.”

Pientka found the opportunity to interact with Flynn “useful” because he was able to compare Flynn’s “norms” from the briefing with Flynn’s conduct at his Jan. 24, 2017, interview. It was this assessment that purportedly helped lead Pientka to conclude that Flynn was not lying when questioned about his interactions with the Russians after the election and his calls with Russian Ambassador Sergey Kislyak.

With Strzok's termination from the FBI, Pientka is perhaps the only remaining FBI witness against Flynn.

Horowitz's descriptions of Pientka's conduct came as U.S. Attorney John Durham announced Monday that he did not "agree" with some of the inspector general's conclusions, stunning observers while also highlighting Durham's broader criminal mandate and scope of review. Durham is focusing on foreign actors as well as the CIA, while Horowitz concentrated his attention on the Justice Department and FBI.

"Based on the evidence collected to date, and while our investigation is ongoing, last month we advised the Inspector General that we do not agree with some of the report’s conclusions as to predication and how the FBI case was opened," Durham said in his statement, adding that his "investigation is not limited to developing information from within component parts of the Justice Department" and "has included developing information from other persons and entities, both in the U.S. and outside of the U.S."

Pientka is hardly the only bureau employee to come under scrutiny. Prior to the FBI's warrant application to monitor Page, the FBI reached out to the CIA and other intelligence agencies for information on Page, Horowitz discovered. The CIA responded in an email by telling the FBI that Page had contacts with Russians from 2008 to 2013, but that Page had reported them to the CIA and was serving as a CIA operational contact and informant on Russian business and intelligence interests.

An FBI lawyer then doctored the CIA's email about Page to make it seem as though the agency had said only that Page was not an active source. And, the FBI included Page's contacts with Russians in the warrant application as evidence he was a foreign "agent," without disclosing to the secret surveillance court that Page was voluntarily working with the CIA concerning those foreign contacts.

For several years, Democrats and analysts at The New York Times, The Washington Post and CNN have repeatedly claimed that key claims in the Clinton-funded anti-Trump dossier had been corroborated and that the document was not critical to the FBI's warrant to surveil Page. Horowitz repudiated that claim, with the FBI's legal counsel even describing the warrant to surveil Page as "essentially a single source FISA" wholly dependent on the dossier.

Among the unsubstantiated claims in the dossier: that ex-Trump lawyer Michael Cohen traveled to Prague to conspire with Russian hackers; that the Trump campaign was paying hackers working out of a nonexistent Russian consulate in Miami; that a lurid blackmail tape of Trump existed and might be in Russian possession; and that Page was bribed with a 19 percent share in a Russian company.

Wilson Miller contributed to this report.