Home » Politics » Jared Cohen: When a 'troll' met the president

Jared Cohen: When a 'troll' met the president 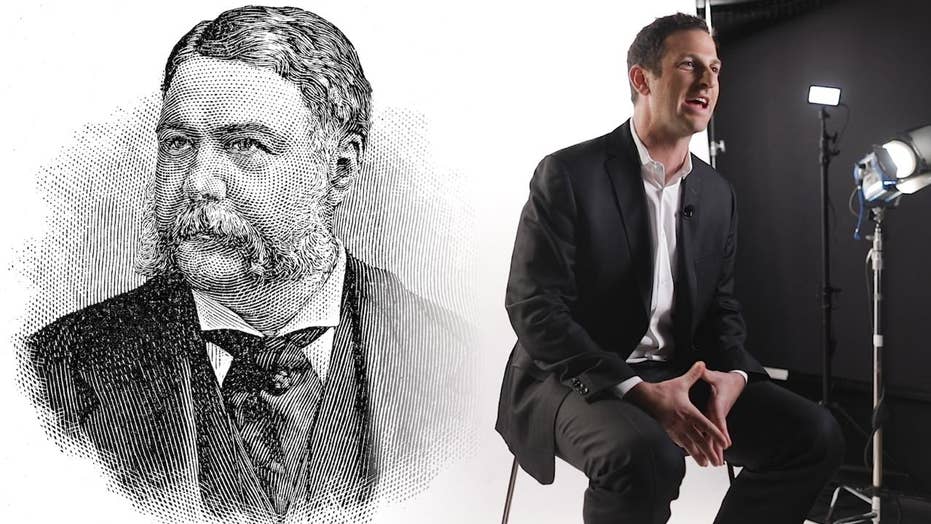 Jared Cohen: How Julia Sand was the original ‘troll’

Jared Cohen explains the story of Julia Sand, the 19th-century equivalent of today’s internet trolls, and her relationship with President Arthur.

On August 27, 1881, then vice president Chester Arthur had received the first of several dozen letters from a mysterious pen pal named Julia Sand. While unsolicited letters were not uncommon, her two-page letter seemed overly familiar and critical, yet spot-on in its analysis. She reminded him that “the day [Garfield] was shot, the thought rose in a thousand minds that you might be the instigator of the foul act.”

She asked, “Is not that a humiliation which cuts deeper than any bullet can pierce?” She described him as “rich” and “powerful,” but without support, noting that “all over the land not a prayer was uttered in your behalf, not a tear shed . . . the great American people was glad to be rid of you,” meaning they would have preferred to not have him as president.

Expecting Garfield to die, she expressed a “faith” in Arthur’s “better nature” and urged him to silence the critics with “reform.” She asked him to prove that he can be the “firmest companion” for civil service reform and cautioned him to lead by example and not to “remove any man from office unnecessarily.”

In future letters, she begged him to stay out of the affairs of New York State and to remain “passive.” “Stay in Washington,” she told him. Remain “absorbed in national affairs, not showing by the movement of an eyelash that you take an interest in what is going on” in your home state.

Sand’s gift with words and the intimacy of her writing elevated her importance. In reality, she was a 31-year-old invalid who lived with her family on East 74th Street in Manhattan. By her own admission, she had “not been in society for years” and “rarely go[t] out of the house.”

She suffered from loss of hearing and spinal impairment, which made mobility difficult. Politics was her indulgence and she became a harmless stalker who obsessively read about the president’s movements and paid close attention to every mention of him in the press.

Like a vigorous researcher, she triangulated each article for truths about his intentions and did not shy away from questioning him and challenging his actions. She described herself as a “detective” whose very nature is “cold, questioning, and skeptical.”

Her letters were candid to the point of being mean, digging into what must have been Arthur’s greatest insecurities and trepidations. She was the 19th-century equivalent of today’s Internet trolls.

Sand focused mostly on politics, but she often went on side tangents about his health and well-being, once inquiring about why his “pictures vary about 100lbs in weight.” She described Arthur as “Henry V” and referred to herself as his “little dwarf,” as if to suggest she was his able advisor or court jester.

In truth, she was more like a minder. It seemed that every action, rumor, and feud caught her attention and made its way back to him through her long, inquisitive, and at times accusatory letters.

She called out the detectives who surrounded him and observed this danger to be a symptom of the “absolute need for political reform.” Her letters taunted him, suggesting that perhaps he was too much of a coward to push for reform.

Sand reminded Arthur that like Cardinal Thomas Wolsey, the infamous almoner to Henry VIII, he had a habit of using his “great ability for small ends” and begged him not to slide backward.

She knew him to be capable of shepherding reform but questioned his courage and strength to act on it. “Are you content to sit, like a snake-charmer, and let loathsome serpents coil about you, priding yourself on it that not one of them dares sting you?” she asked. “I would rather think of you like St. George in shining armor striking death to the heart of the dragon.”

As early as November 1881, she began suggesting they meet. She thought he would never come and at times became agitated over his lack of response to her requests.

But to her surprise, on the evening of August 20, 1882, an elaborately decorated carriage appeared out of nowhere and parked at the entrance of the 74th Street residence owned by Miss Sand’s brother, and out stepped the president. They discussed music and he consumed some delightful claret in a sherry glass. He stayed for about an hour in what she would later describe as a “very stiff visit.”

In a letter to Arthur written four days later, she became defensive and agitated about their meeting, accusing him of using her to get to her mother and sisters. She seemed nonplussed that he had not come by the house in the morning when she was alone and noted that this led to accusations that she had used her family to protect her from a presidential scolding.

Most hurtful to her, however, was his “inexorable ‘no’ at parting when” she asked if he “had forgiven some of the harsh things” she had said. Arthur never visited again and she never received any correspondence. Over the next year, the tone of her notes became more incoherent and volatile, some addressing him as “my very bad friend” and “my very, very, bad friend.”

With a self-appointed written conscience following his every move, Arthur managed to defy expectations and have a respectful presidency. He did not sever ties with the party bosses; quite the contrary, as he frequently welcomed them to lavish banquets at the White House and lavish entertainments. But as Sand advised, he neither dished out patronage to them, nor did he fire those men whom he had fought so viciously against.

The fact that a man who embodied the spoils system became one of its biggest advocates is one of the great turnarounds in U.S. presidential history. Julia Sand, who was the 1881 equivalent of what today we think of as a troll, played her part in this.