Jim Hanson: Killing of Hamza bin Laden strengthens case for withdrawing most US forces from Afghanistan 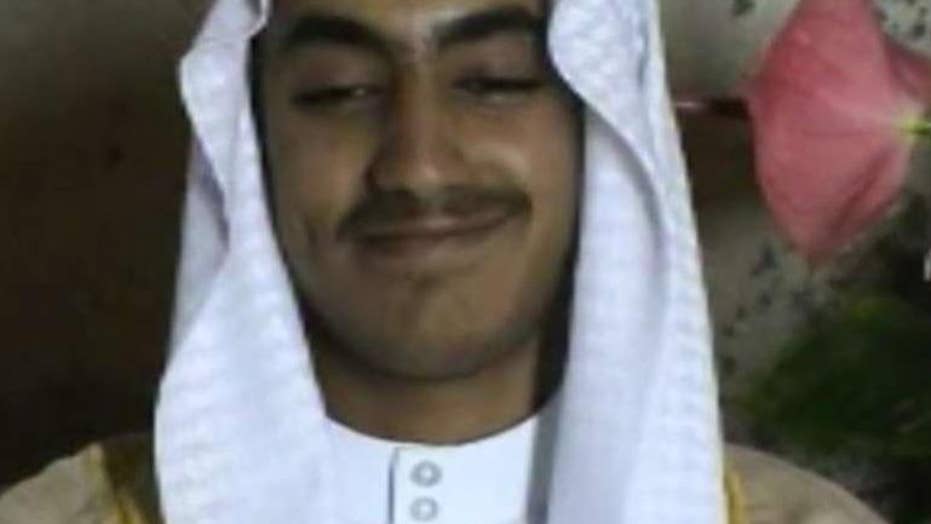 Retired Army Col. David Hunt says he agrees with President Trump that the U.S. should pull troops out of Afghanistan but leave a counterterrorism unit in the region.

The killing by U.S. forces of the son of former Al Qaeda leader Usama bin Laden – confirmed Saturday by President Trump – strikes a blow at attempts by the terrorist group to use him as a rallying point and create a dynasty of bin Laden family leadership.

Trump said in a statement released by the White House that Hamza bin Laden "was killed in a United States counterterrorism operation in the Afghanistan/Pakistan region."

“The loss of Hamza bin Laden not only deprives Al Qaeda of important leadership skills and the symbolic connection to his father but undermines important operational activities of the group,” Trump added. “Hamza bin Laden was responsible for planning and dealing with various terrorist groups.”

Hamza bin Laden had taken a role in fundraising for Al Qaeda and served as a rallying point in the absence his father, who was killed in a raid by U.S. Navy SEALS in Pakistan in 2011.

The younger bin Laden, who is believed to have been about 30 years old, had been distributing sermons and calls to arms against the U.S. and the rest of the “infidel” West.

Hamza bin Laden was being groomed as the new public face of Al Qaeda and potential future leader of the group responsible for the Sept. 11, 2001, terrorist attacks against the United States that killed nearly 3,000 people.

The level of Hamza bin Laden’s operational control over Al Qaeda is not believed to have been extensive, but his role in recruiting and marketing the terrorist group to a new generation was growing.

By killing Hamza bin Laden, as we did his father, the U.S. has demonstrated America still has the ability to permanently end the terrorist careers of leading Al Qaeda figures.

The fact the operation to kill Hamza bin Laden occurred in the Afghanistan-Pakistan region will focus attention on President Trump’s announced intention to remove much of the U.S. military presence from Afghanistan.

Does Hamza been Laden’s killing mean we have damaged Al Qaeda so badly that we can more easily and safely withdraw most U.S. forces from Afghanistan? Or does it mean that Al Qaeda still considers Afghanistan to be a primary safe haven that we would be foolish to leave?

I tend to favor the first view – less because of any particular importance that Hamza bin Laden had for Al Qaeda operations, but more because that while Afghanistan has some symbolic meaning for the terrorist group, it is not uniquely suited as a terrorist incubator.

There are many places Al Qaeda terrorists can lurk to plan their barbaric acts. Al Qaeda differs from ISIS in not planting a flag and claiming territory to create a physical caliphate. Now that ISIS has seen its Islamic State dismantled, that group is also back to operating without governing territory.

The ability of Al Qaeda to continue finding sanctuary in Afghanistan depends largely on how much control the Taliban terrorist group may be able to gain in that nation in the event of a U.S. withdrawal. The Taliban share an Islamist extremist ideology with Al Qaeda and shielded Al Qaeda until the U.S. attacked the two terrorist groups following the 9/11 attacks.

Our best military strategists, diplomats and specialists in civil governance have spent 18 years trying to turn Afghanistan into a peaceful democracy with a government friendly to the U.S.  – and have failed.

The main rationale advanced in favor of keeping U.S. military forces in Afghanistan is that a U.S. pullout would allow the Taliban to again take control of the country and create a safe haven for Al Qaeda. That could lay the groundwork for future attacks by Al Qaeda against the U.S. homeland. This is a legitimate concern.

But I don’t think the U.S. needs to continue keeping our military presence in Afghanistan at its current level of about 14,000 troops for years or even decades. Instead, we should remove the bulk of our conventional forces and leave a robust group of intelligence collectors and special operations forces to locate the bad guys and take them out once we do.

Augmented by our ability to conduct precision strikes against terrorist forces from the air, this counterterrorism strategy of a smaller U.S. presence in Afghanistan is better tailored to the reality on the ground there, and is one we can sustain for years.

No one has ever controlled all of the territory that is called Afghanistan in any meaningful way. It has always been a patchwork of tribes with grievances that go back thousands of years and a hellish terrain that makes it easy for small forces of fighters to stage ambushes.

We cannot change that reality – and no central Afghan government can either.

Our best military strategists, diplomats and specialists in civil governance have spent 18 years trying to turn Afghanistan into a peaceful democracy with a government friendly to the U.S.  – and have failed.

It’s time to accept reality and strive for more a more limited objective – preventing Afghanistan from being used as a base to attack America again.

We owe it to all members of the U.S. military who have given their lives and suffered life-changing wounds in Afghanistan to do something new rather than continuing to try to achieve an impossible goal.

The rules governing our counterterrorism operations in Afghanistan should be eased to give U.S. forces greater latitude to get the job done, and we should increase the amount of human intelligence gathering and spying.

We need to face facts and admit that the Afghanistan and Pakistan tribal regions will remain incubators for terrorism and extremism for years to come. We have learned that we cannot change that with sustained conventional military operations, despite the heroic efforts and sacrifices of members of our military and our allied forces

Such a victory is within our grasp with our special operations forces and intelligence actions – including more successes such as permanently taking terrorists like Usama and Hamza bin Laden off the battlefield.