The US Supreme Court will look dramatically different depending on whether President Donald Trump or Democratic presidential nominee Joe Biden nominate a successor for Justice Ruth Bader Ginsburg, who died on Friday.

Biden has promised to put the first Black woman on the court, and his team has been quietly vetting a list of liberal contenders as possible nominees.

Trump, meanwhile, first released his own list of conservative nominees in 2016, an unprecedented move at the time that is partly credited with helping him win among voters concerned about contentious issues like abortion and the Second Amendment. He updated his list with new nominees earlier this month.

Soon after news of Ginsburg's death was reported on Friday, Senate Majority Leader Mitch McConnell pledged that Trump's nominee would get a vote on the floor of the Senate. He's certain to face a fight from Democrats and may face pushback from within his own party.

Just days before her death, Ginsburg told her granddaughter: "My most fervent wish is that I will not be replaced until a new president is installed," NPR reported.

Democrats have been split on how playing up the courts on the campaign trail could affect Biden's prospects, but Ginsburg's death will draw more attention to the court and could change that calculus.

Some insiders have cautioned that Biden would be better off keeping the campaign focused on the pandemic response, the economy, and healthcare. Releasing a list of names could give Republicans additional fodder in their efforts to whip up GOP enthusiasm this fall.

Others have pushed Democrats to focus more on what's at stake with a lifetime appointment to the Supreme Court. It's a key issue for progressive voters, many of whom idolized Ginsburg and want to ensure that Biden, not Trump, can pick her successor.

"Biden will appoint Supreme Court justices and federal judges who are committed to the rule of law, understand the importance of individual civil rights and civil liberties in a democratic society, and respect foundational precedents like Brown v. Board of Education and Roe v. Wade," Biden's campaign told Insider recently in a statement.

Even as Biden's team keeps names under wraps, other Democrats and liberal groups have been compiling names of possible Supreme Court justices to share with the campaign.

Here's Insider's list of nine women who could be Biden Supreme Court nominees. 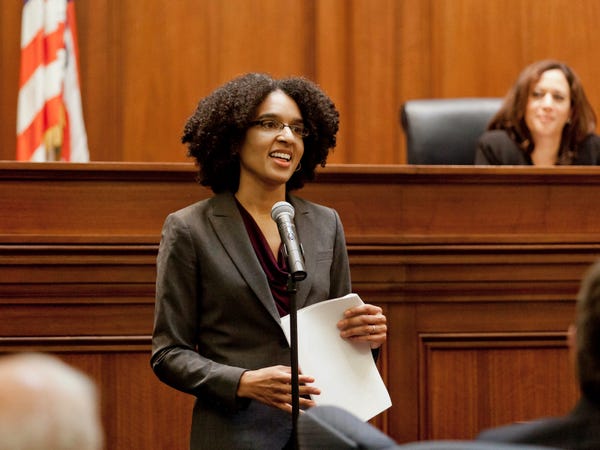 Kruger, 44, was appointed to the California Supreme Court by then-Gov. Jerry Brown in 2014. She was acting deputy solicitor general during the Obama administration and argued 12 cases in the US Supreme Court on the federal government's behalf, including a high-profile case over how federal civil-rights laws apply to religious schools.

Kruger, a Yale Law School graduate, clerked for Judge David Tatel on the US Circuit Court of Appeals for the DC Circuit, and for US Supreme Court Justice John Paul Stevens.

Some legal insiders consider Kruger the front-runner for a Biden nomination to the high court. She was the youngest justice to be appointed to the California Supreme Court in modern history, the first to give birth while in office, and the fourth African American to serve on that court, according to the Los Angeles Times.

In 2018, she sided with the California Supreme Court's more conservative wing to write an opinion that upheld a voter initiative requiring adults arrested on felony charges to give up their DNA, The Times reported.

Ketanji Brown Jackson, judge on the US District Court for the District of Columbia 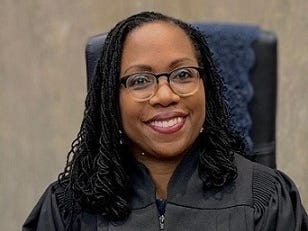 Jackson was appointed to the US District Court for the District of Columbia in 2013 by President Barack Obama and unanimously confirmed by the Senate. She was previously appointed by Obama to be vice chair of the US Sentencing Commission.

She worked on civil and criminal appeals at the law firm Morrison & Foerster with a focus on criminal and civil appeals and was a public defender in Washington, DC.

She has been considered for a Supreme Court appointment before. She was on Obama's short list in 2016 after the death of Justice Antonin Scalia.

More recently Jackson has been central to a legal battle between US House Democrats and the White House. She ruled last fall that former White House counsel Donald McGahn must comply with a subpoena to testify before House impeachment investigators. McGahn still hasn't testified, and the Trump Justice Department scored a recent court victory in the battle over subpoenas. 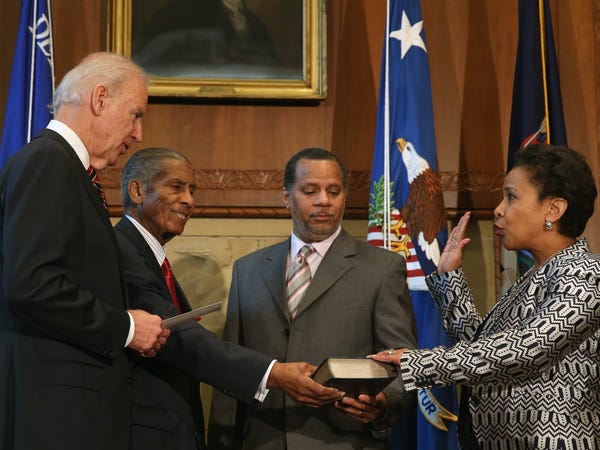 Lynch was Obama's attorney general from 2015 until he left office in 2017. She was the first African American woman to hold that job. She was US attorney for the Eastern District of New York during the Clinton administration and returned to the job during the Obama years.

Lynch, 61, was often mentioned as a Supreme Court contender in 2016 when Obama was looking for a nominee to replace Scalia. She publicly took herself out of the running then, saying it would limit her ability to do her job as attorney general.

Lynch, who has a Harvard law degree, also worked in private practice at the firm Hogan Lovells' New York office. 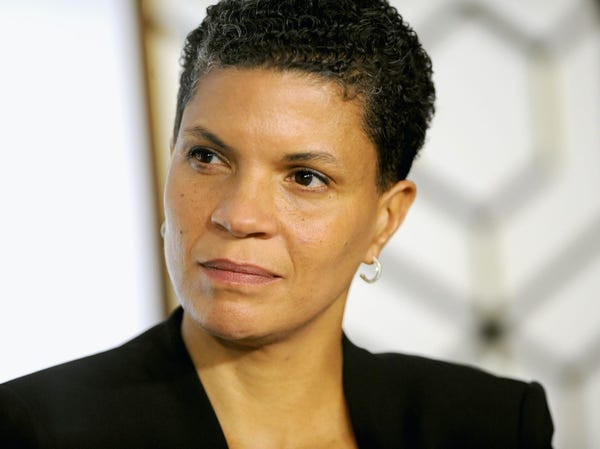 Alexander is a visiting professor of social justice at the Union Theological Seminary in New York and was the director of the racial justice project at the ACLU of Northern California.

She has a law degree from Stanford and clerked for Supreme Court Justice Harry Blackmun and Chief Judge Abner Mikva of the US Circuit Court of Appeals for the DC Circuit.

The 52-year-old Alexander is  the author of the best-selling book "The New Jim Crow: Mass Incarceration in the Age of Colorblindness."

She's also a New York Times opinion columnist who wrote over the summer that Americans must deepen their understanding of racial injustice. "Donald Trump would not be the president and George Floyd would not be dead if, after the Civil War, our nation had committed itself to reparations, reconciliation and atonement for the land and people that colonizers stole, sold and plundered," she wrote. 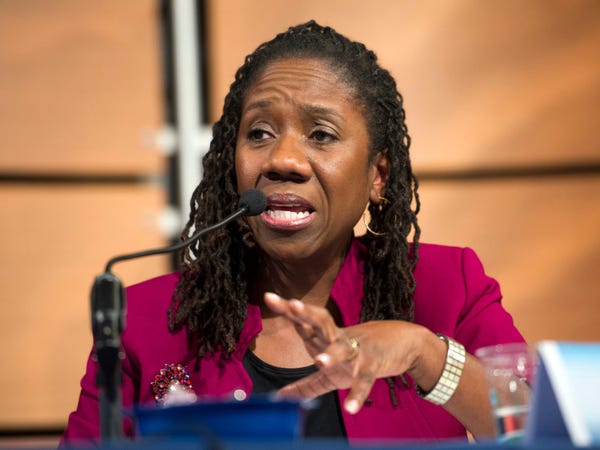 Ifill, 57,  has been the leader of the civil-rights group NAACP Legal Defense and Educational Fund since 2013. She was previously a professor at the University of Maryland School of Law in Baltimore.

Ifill, who has a law degree from New York University, has written prolifically about racial justice and police reforms. She wrote in June that elected officials' response to demands for police reforms must be "swift, decisive and transformative."

She is also the author of the 2007 book "On the Courthouse Lawn: Confronting the Legacy of Lynching in the 21st Century." Ifill, whose parents immigrated to the United States from Barbados, is a cousin to the late journalist Gwen Ifill, who died in 2016. 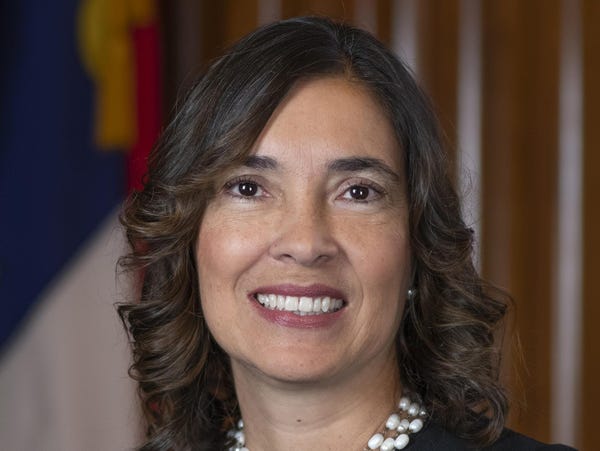 Earls won her seat on the North Carolina Supreme Court in a November 2018 election. She previously founded and led the Southern Coalition for Social Justice.

Earls worked to get North Carolina's 2013 voter-ID law overturned as unconstitutional and was involved in gerrymandering challenges in North Carolina, according to the Raleigh News & Observer. She grew up in Seattle and said in a 2014 interview that her parents, an interracial couple, had moved out West because it was illegal for them to be married in St. Louis, where they had met.

The 60-year-old Yale Law School graduate was also deputy assistant attorney general in the civil-rights section of the US Justice Department during the Clinton administration. 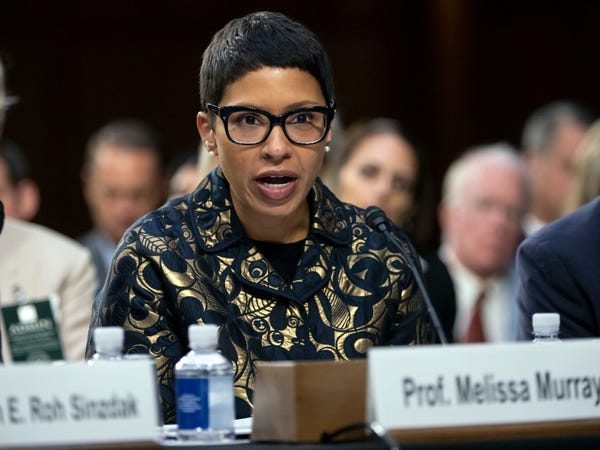 Murray, a New York University law professor, focuses on family law, constitutional law, and reproductive rights and justice. She was appointed interim dean at the University of California, Berkeley School of Law as it grappled in 2016 with a sexual-harassment scandal that involved its dean.

Murray, 45, has a law degree from Yale University and clerked for Supreme Court Justice Sonia Sotomayor when the latter was a judge on the US Court of Appeals for the Second Circuit.

She wrote an op-ed in June criticizing Supreme Court Chief Justice John Roberts' opinion in a high-profile abortion case. That decision, which relied on court precedent to strike down a Louisiana abortion law as overly restrictive, "invites states to push the envelope on abortion legislation, secure that, regardless of the benefits to patients, courts will bless the laws so long as they do not pose a substantial obstacle," Murray wrote. 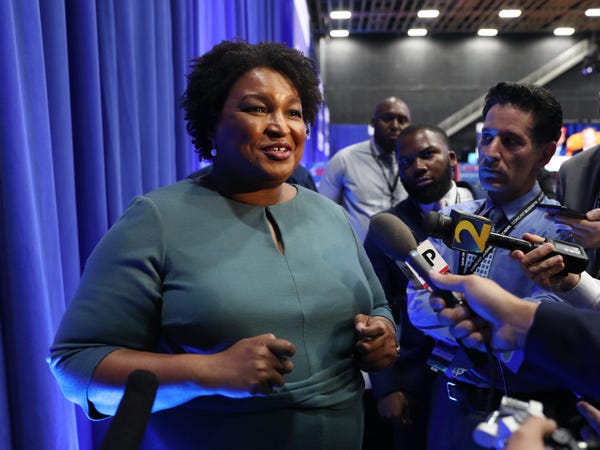 The 46-year-old Abrams is best known for her narrow loss in Georgia's 2018 gubernatorial race. But that tough race boosted her national profile.

Before her unsuccessful bid for governor, Abrams served 11 years in Georgia's House of Representatives, including seven as its top Democrat.

Abrams, who has a degree from Yale Law School, was widely floated as a running mate for Biden, who ultimately picked California Sen. Kamala Harris.

While her name is sometimes mentioned as a Supreme Court prospect if Biden wins, Abrams has said she doesn't want the job. Still, there's always a chance she could be convinced to accept a nomination.

"I have no interest in serving as a judge in any capacity at any point," she told the Associated Press in May. Beyond that, she said, "I look forward to the opportunities to continue the work that I do on voting rights, on making sure that every under-served community is seen and that we can recover from this pandemic by fixing the structural inequities that have ravaged communities of color and poor communities in our country." 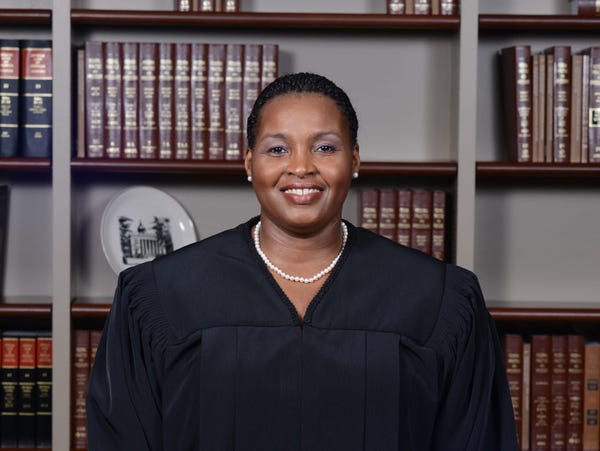 Stacey Abrams' younger sister, Leslie Abrams Gardner, is a judge on the US District Court for the Middle District of Georgia. She has been on the bench since 2014, when she was appointed by Obama.

She was the first African-American woman to become a federal judge in Georgia. She's also the youngest of the nine Black women serving on the federal bench appointed by Democrats, NBC reported.

Gardner is also a Yale Law School graduate and was an assistant US attorney in Georgia during the Obama administration.